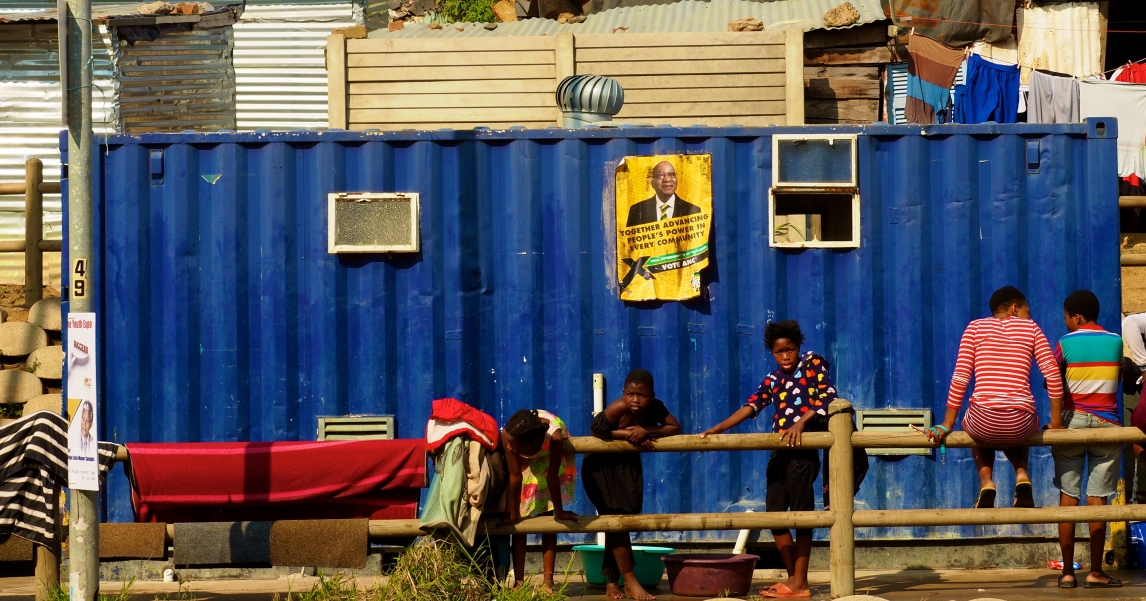 The youth have long been painted as apathetic and apolitical. This election is no different. As we draw closer to the national election on May 8, concerns have surfaced about youth who defiantly scorn at the memories of their parents and grandparents who fought a long struggle for their right to vote.

According to the Electoral Commission of South Africa (IEC), nearly 27 million people registered to vote this election. This represents about 75% of the eligible voting population. About 9.8 million eligible voters did not register to vote. Of those, about 6 million – over 60% – are below the age of 30. There is also the question of whether young people who have registered to vote will even mark their ballots.

Poor governance and mistrust of politicians

“I’m still undecided about whether I’ll vote or not,” travel journalist Mikaeel Baker (25) said in an interview with The Daily Vox. “I’m an absolute cynic, but I also think that’s a consequence of being let down by poor governance,” he said.

When Baker was younger he felt not voting was inexcusable. But as he became older and more disillusioned with politics he says he doesn’t know if he can bring himself to vote. “Many people criticise those who choose not to vote, branding it a betrayal of the hard-fought struggle for us to be able to vote. But for me, that struggle was also for my right not to vote,” Baker said.

“I feel like a vote is a condoning of the horrible things that party has [done] and will continue to do at the expense of the people of this country, me included. I don’t want ‘blood’ on my hands, and honestly, I don’t care who’s in power. They’re all the same: greedy career politicians one kickback away from fucking us all over,” Baker added.

While some lament poor governance and corruption, other young people feel invisible to the system.

The perils of partisan politics and representative democracy

“The parties that exist right now are not representative of my interest as a young person,” student Simon Rakei said. “Even when you do vote for them, they’re not going to necessarily represent your interests as an individual,” he added. Voting, he says, is not enough to “reflect the people who vote and what their individual aspirations are”.

Rakei also has no faith in the electoral system, he said in an interview with The Daily Vox ahead of the 2016 local government election. “I don’t think voting is enough political participation. It happens once every few years, I don’t think that’s enough participation in a so-called functional democracy,” Rakei said.

To make serious change, student Mlingani Matiwane discovered you have to “influence the parties that currently exist, and inculcate decoloniality into their rhetoric through voting and partisan participation”. When they began participating in partisan politics, Matiwane realised it’s “a game of unquestioning loyalty to the party”. “The scope and domain of realistic debate is very limited. There’s very little you can do in terms of inculcating a position that was not already agreed upon when the party was creating itself,” Matiwane said.

Pillay and the Youth Lab team travelled the country last year and collected a mandate from young South Africans about the role they want to play taking the country forward.  This was assembled in a South African Youth Manifesto.

“We’ve seen situations young people live in and are supposed to triumph over to have some shot at success,” Pillay said. They probably won’t overcome those obstacles.

“There’s no sense that anything is changing. We’re this far into democracy and there’s no sense of hope for young people. You’re saying to young people, ‘come vote and legitimise the system that’s wholly uninterested in you’. You’re voting for this 66-year-old man [President Cyril Ramaphosa] to become president which does not make sense in a country where the average age is youth,” she said.

What can you do to protest the system using your vote? We asked Pillay, who has been vocal about her decision not to vote in the imminent election.

Can I protest by spoiling your ballot?

“A spoilt ballot counts toward voter participation but not towards results,” Pillay said. Spoilt votes don’t take away from the proportion of seats in parliament, she explained. For example, if you have 100 votes and 20 are spoilt then only 80 will be counted. This will still count as 100% voter turnout. “Spoiling your vote is not a protest, it’s just a number,” Pillay said. A vote is considered spoilt if, for example, the ‘X’ on the ballot sheet is too big. If you write, ‘Fuck the system’ on the ballot, Pillay says, it won’t even be registered because it counts as the same thing. There is no distinction between the two.

What about voting for smaller parties?

“Smaller parties have no chance,” Pillay said. People have been voting for smaller parties or the opposition to dilute the ANC’s power. This is a “dangerous sentiment”, Pillay says, “because even small parties stand for something and against something.” Voting smaller parties into parliament gives them direct power to make and change laws that affect your life. Unless you’re in full agreement with everything a smaller party stands for, this is not a smart decision, Pillay said. Instead, she suggests not voting.

Register to vote, but don’t vote

The trick is to register though, because if you don’t you won’t even be on the system. This is a way to say, “I’m in the system but I reject it,” Pillay said.

At the end of the day, your vote and what you choose to do with it is your choice.

If you’re between the ages of 18-30 and are not voting, let us know why. Tweet us @thedailyvox or tell us in the comments below.