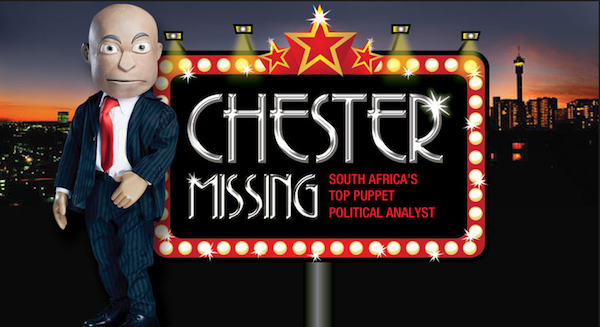 When you say â€œcolouredâ€ in South Africa, many already have a certainÂ image in their heads. South Africaâ€™s resident (coloured) puppetÂ comedian, Chester Missing, caused a storm on twitter when he suggestedÂ the term was, erm, racist.

For the record, I think the term “cape coloured” is deeply racist. “They” (really there is no ‘they’) are people, not a f**king species.

What do you think? Is it time we dropped Cape Coloured from our lexicon?