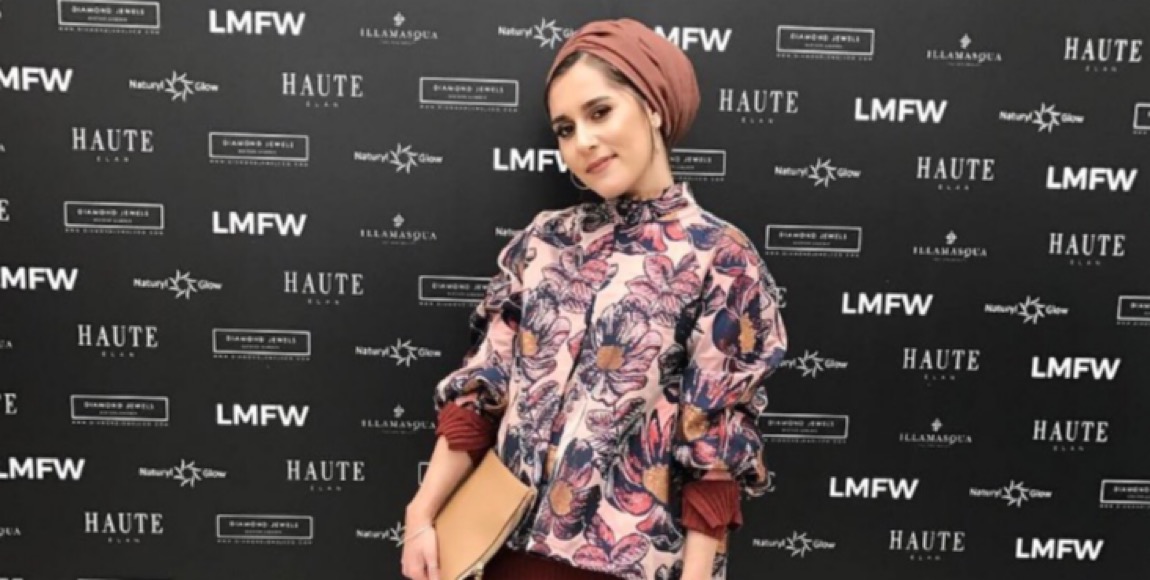 In the past couple of weeks, my social media feeds were dominated by chatter about and images of Halima Aden, a Muslim model who wore her headscarf on the runway in multiple fashion week shows – most notably Kanye West’s Yeezy show – and London Modest Fashion Week.

I’ve always had a bit of a bone to pick with the idea of modest fashion, “hijab fashion”, and the way that Muslim women’s dressing not only become a source of fascination for many, but an entire industry itself.

Both Adenâ€™s catwalk appearances and the London Modest Fashion Week (which coincided with London Fashion Week, and took place at the Saatchi Gallery – if anyone cares) were widely lauded online as being revolutionary in their own right, not only for the representation of Muslim women but also for showing that Muslim women were perfectly able to carve a space in the fashion industry.

The move showcases the strides made to include Muslim women into the so-called mainstream. It also provides inspiration for women who want to cover up, but still look fashionable at the same time.

Looked at this way, it seems like a pretty great idea.

But like so many shiny consumables manufactured to deceive, one has got to ask: is it really?

In 2010, Lisa Navarro wrote in Human Architecture: Journal of the Sociology of Self-Knowledge that, â€œWestern mass media tend to construct an image of Muslim women using a discourse dominated by the notions of passiveness and victimisation.â€

Forgive me for going academic on you, but hear me out. This is important.

â€œThe same media, albeit in a minority of cases, also portray a seemingly positive image of ‘liberated Muslim women’, closely linked to their ‘Western-style clothes’ and/or their economic success,â€ she wrote.

Navarro also found that mainstream media, and mainstream spaces, rely on Orientalist discourses of Muslim women – that they’re subjugated and hidden by veils – and only recognise women who â€œcopy our culture or dress codes as valid intermediaries (thus hindering comprehension of this extremely complex cultural reality).â€

While we can applaud that social media, for one, has given Muslim women the ability to represent themselves, we ought to be critical about kinds of binaries that this perpetuates – so if you aren’t oppressed and hidden beneath players of veils, are you then a stylish woman who can be both Muslim AND fashionable?

Now while the companies have been able to package Islamic garb into a consumable, there has also been a proliferation of Muslim women fashion bloggers who have helped live the dream. Names such as Dina Tokio have become well-known, and many major brands have realised that “modest fashion” is a lucrative market to tap into – and utilised people such as Tokio and other fashion bloggers themselves to sell their products to their own markets.

Muslim women get to represent themselves, and other Muslim women get to see people who look like them in advertorials and campaigns of the stores that they’re buying all of their clothes from. They’re already buying from H&M, Cotton On, and Forever 21 – so what’s the big deal about getting someone to actually show it?

Again, I’m not saying don’t dress fashionably, or limit your creativity with what you do.

I’m saying that I’m not sure it’s okay to be using an entire religious concept to justify something that is kind of contradictory to it, and then use that – or allow it to be used – to build a brand and platform, and function as a marketing tool.

For instance, this is me: I cover my hair, but generally wear clothes that I find in local retailers, usually just at the mall or (occasionally) that I buy online.

I wouldn’t say that I have a certain style per se, but I enjoy my comfort and enjoy looking good. Who doesnâ€™t?

I’m not an ardent follower of trends, but I like to think I’m in tune with what’s popular.

But at the same time, I wouldn’t say that I’m dressing in accordance with “modest fashion” or “hijab fashion” – sometimes my clothes are a bit tighter or shorter than they probably should be, if I wanted to fully satisfy the conditions of hijab – because I know that I’m not. And it would be hypocritical to label myself as someone who is fulfilling a religious obligation and making myself an example to others, when I know that I’m not always getting it right.

In the grander scheme of things, from a religious perspective, perhaps we need to consider: to what extents are you responsible for people who follow an example that you are setting? And crucially, where is it that you are trying to belong?

When we see a Muslim girl in an H&M editorial, that’s cool because maybe we’re the consumers – but does that mean it’s okay to solidify that relationship by openly partaking in a campaign that above all else is actually about boosting the company’s image? We all know that diversity is a major selling point, and that becomes the ends rather than a means to provide a fair representation of Muslim women in mainstream media.

We need to go back to the basics. When we put YouTube vloggers or people with cool Instagram feeds who claim to be proponents of #hijabfashion or modest fashion on a pedestal, it’s not because we find them exemplary in a way that speaks to their religious practices (not that it fully says that we don’t, but weâ€™re not focusing on the visual elements here). It’s because we like her scarf style and make-up and the way that her handbag matches her shoes.

I am fully supportive of the idea of women’s agency, and choosing to represent yourself in the best way that you see fit. But on that note, let’s be holistic in what we put out. Let’s be critical in the ways that we are perhaps promoting the fetishisation of ourselves when we try and seek relevance in certain spaces, that have always been intent on keeping us out. Letâ€™s consider, is â€œrepresentationâ€ as an end in itself, really something worth seeking?