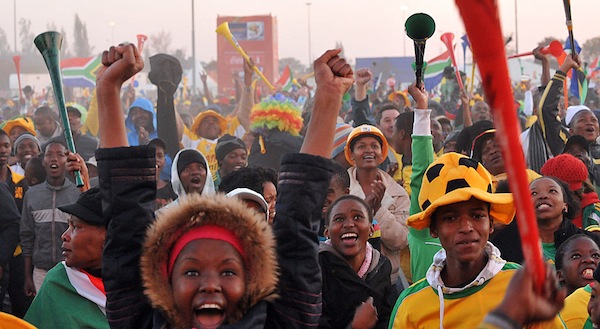 Stanley Gumbi, 36, Begville (Kwa-Zulu Natal), security guard
I donâ€™t think [he] is the right man for the job. He was given the chance to lead the national team before but failed to bring us any silverware. What has changed? His CV is not colorful enough for the big shots at Safa to have chosen him. He is good for development and should have been allowed to continue in this regard and feed the senior national team, Bafana Bafana with new and enthusiastic players but not become the senior national team coach himself. The team deserves a better coach than Shakes. Andile Nogoda , 29, Bizana (Eastern Cape), hawker
I do not think Mr Mashaba is the right person to coach the national team. He certainly wonâ€™t be able to improve the squad. He has been at the helm before but he has not really been in a position to effect any meaningful changes to the team. He should have been left to continue as the junior national team coach because he has shown that he has the ability to work with young players. The guys in Bafana will undermine him because their egos are the only thing they care about and not how well the team performs. The current players boast around a whole lot but they have nothing to show for it and Shakes will struggle among this group. I am very happy for [Shakes as a person] but unfortunately he is just not good enough for this team. Irene Nombewu, 23, Eastern Cape, unemployed
I heard of the appointment of a new coach for the national team but I donâ€™t think he will bring about any constructive changes to the team. I do not think [that] out of all the coaches that Safa keeps axing that none of them has been good enough. If that is the case then I do not think any coach from anywhere around the globe will ever be good enough for Safa. Why did they change Gordon Igesund because he did fairly well for the team under the circumstances? He won the league with four different teams in the PSL. I know I am a woman so many people might think I donâ€™t know much about football but seriously the problem is not with the coach but with the SAFA administration and the players who are not committed enough. SAFA are shaky and do not have the patience to build a formidable team over a period of time but there are no short cuts, all great teams go through that path. I think Mashaba will also be sacked for having failed like the rest. Sibusiso Nabe, 30, Engcobo (Eastern Cape), unemployed
A coach is like the president my brother, he will not do things on his own but needs assistance. In my view it doesnâ€™t matter who SAFA hire as Bafana coach; Igesund or Shakes, they will all be fired at the end because the problem lies with the players. These guys do not don the national team colors with pride. They are a team that doesnâ€™t understand what it means for one to represent their country at international level â€¦ The current national team players have everything from owning property, parties, girls and money so playing for the national team is like a side job for them. They show very little respect for the nation. The success and failure of Shakes is in the hands of these guys and not Safa, who will be quick to find fault in Shakes as soon as things start to go wrong on the results front. Anitta Mangwe, 31, Tzaneen (Limpopo), businesswoman
I heard the announcement of the new coach on Saturday and Iâ€™m of the view that new brooms sweep clean. I think Shakes is the right man to change Bafana Bafanaâ€™s and the countryâ€™s fortunes at last. I believe that if he has coached the team before he has obviously figured out what the teamâ€™s challenges are between the period heâ€™s been away and now. I think Shakes will do well but he must be given all the support he needs â€¦ He has a good record with the junior national side and did not do that badly during his first stint with Bafana too â€¦ We surely will see a lot of improvement under his tutelage of the national side. Hloni Sentso (46) Free State Interior Designer
I hear a lot of people are criticizing Shakes but if he plays his cards right, he might succeed as a senior national team coach and surprise all his detractors. By playing his cards right I mean he must not just pick players from the two or three big teams in Sundowns, Chiefs and Pirates but must cast his net as far as the Vodacom League, the Nedbank Stars and Mvela League because there are a lot of good players in these leagues but the problem is that previous coaches just overlook these guys for some reason. I personally believe he has learned from mistakes in his first stint as coach and has also had enough time to learn from the mistakes of the other coaches before him.
*Featured image courtesy of Wikimedia Commons