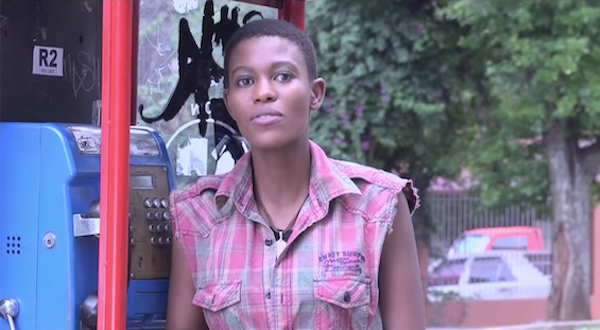 Thereâ€™s a gap in the national conversation about sex, and MMABATHO MONTSHO says she wants to fill it with womenâ€™s voices.

Montsho is the creator and director of Women on Sex, aÂ new webÂ series that explores the politics of sex from womenâ€™s perspectives.

InÂ an interviewÂ with Radio 702, Montsho said the idea for the documentary came when she found that she could not separate her personal thoughts on sex from the influence of religion, culture and politics.

â€œWe tend to talk about the consequences: unwanted pregnancies, sexually transmitted diseases or sex crime; but we do not talk about sex itself. I would like an African brand of sexual revolution,â€ she said.

The 26-episodeÂ documentary web series looks at black womenâ€™s ideas of sex and the meaning they attach to it.

Montsho said she chose to focus on women of colour because, during her research, she had found that the conversations about sex were often led by men or white women. Many of the surveys sheâ€™d found were conducted in the US, and often excluded the voices of black women.

â€œThere wasn’t a lot of content from black women leading that conversation. It almost felt like we as African women were aspiring to fit into a liberation set by somebody else,â€ she said.

The documentary features well-known South African women such as actress Khanyi Mbau and ANN7 news anchor Hajra Omarjee, in addition to ordinary South African women, who speak candidly about what sex means to them and explore the topic of sex in relation to money, power, gender and culture.

The first episode of Women on SexÂ wasÂ postedÂ to YouTube in July.

UPDATE:
The most recent episode, released on Womenâ€™s Day, has sparked renewed interest in the series. The eight-minute long episode focuses on the discourse behind virginity and explores religious and cultural perspectives on it, with a focus on Christianity and the practice of virginity testing.

â€œWe have zoned in on a tiny piece of biology in the body of a female and we have used that to define who she is in totality,â€ says clinical psychologist Khosi Jiyane.

â€œIt is depersonalisation and objectification. [Women] are not a piece of flesh called hymen, where the absence of it devalues you and the presence of it escalates your value â€“ there is something wrong with that thinking.â€

Fashion designer Lumka Takane also highlights the fact that uku iphatha kahle – â€œto be well behavedâ€ is expected of girls but not boys.

â€œHow would you even explain how a boy should be well behaved?â€ she asks.