Home Voices Is the language issue at the University of Pretoria about to get...
WhatsApp
Facebook
Twitter
Email
Print 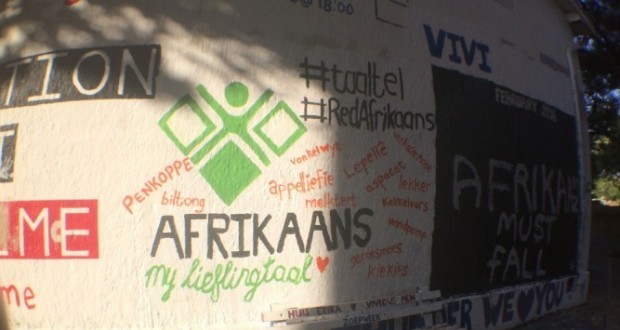 LEBO LEBESE asked a few Tuks students what they think the way forward is if the â€œAfrikaans sal blyâ€ movement does not budge. Sphezulu Zulu, 2nd-year law and politics student
I thought you would never ask. Eventually SASCO, PYA, PAC and EFF will become frustrated and as we know AfriForum have weapons and stuff, and the black organisations are going to call their parent organisations and they are going to strap up, like Juju said, we are ready this time. Although AfriForum isnâ€™t directly preventing us from going to class, they are doing it indirectly by preventing us from doing what we need to. I believe they will call their parent organisation and this will become lit. SASCO might call the ANC and they might just tell them to handle it themselves, but EFF has commitment like no other. Tumelo â€œDukeâ€ Rasebopye, founding member of UPrising
We see on the student portal that the VC has agreed to the issue of one language policy. We would now like to meet with her to work out the details of this, such as when will it be implemented and how? Will this graduating lot in Afrikaans be the last to do, will Afrikaans classes stop if campus opens on Monday? The most vital thing now is communication between all stakeholders. Ashleigh,Â final year English student
I feel the movement got out of hand and that violence is not the correct way to handle this issue. In the end, I actually just want to go to class. I feel that the disruption is terrible and doesnâ€™t help anyone.