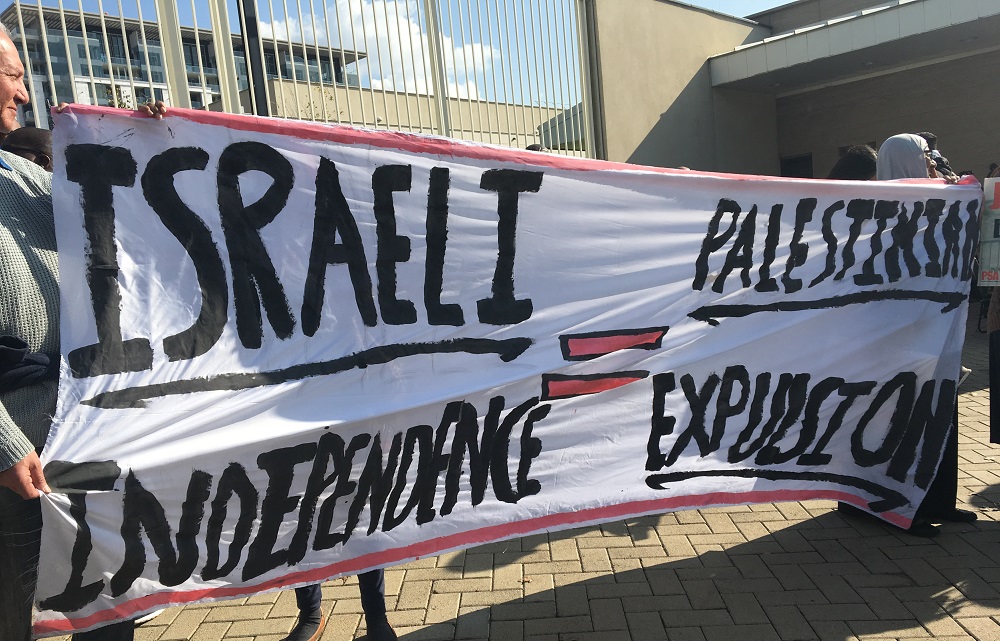 Ramzy Baroud is a well-known Palestinian writer, journalist, and columnist. He visited South Africa in September to promote his book The Last Earth: A Palestinian Story. The Daily Vox team set down with Baroud to check his book, Palestine, and more. This is part two of the interview. Check out the first part here.

We have several types of history out there. One is the Zionist view of what happened. Then you have the counter Palestinian history. And in my opinion I think the outcome in the long run ended up being quite negative because it’s reactionary.

People’s history changes all of that. I’ve produced several books. The most successful of them was My Father Was A Freedom Fighter, which tries to tell the story of Gaza from the viewpoint of completely ordinary people not affiliated with any political parties.

This book was another attempt at that form of history. We interviewed many Palestinians. I did not question them based on the same kind of talking points. We just allowed them to tell us their own life stories. As individuals, it turned out there were many overlapping between individual Palestinian stories. You could be telling me the story about how you fell in love with your husband or the story of how you became a teacher. Somehow Israel, Zionism, occupation, Nakba, all of these things factored in greatly, but they were somewhat in the background.

I think what literature in general introduces is a different way of imagining a conflict that you think you’re familiar with. It helps you understand a reality in a way that you can relate to it as a human being.

When I tell you the story of a Palestinian mother, you are going to relate to it as a mother or as a father or as a son. The people who use humor as a way to survive under the harshest and most dehumanizing of circumstances. All of these things are things that we relate to it as human beings. Regardless of your race, your religion, your color, your gender, your background, your economic situation you relate to these situations.

This is a method that the Israelis have used successfully in the past. Zionism did not manage to succeed in America because of the work of the lobby groups but because of novels, movies, art and culture. So many Americans relate to Israel because of the movie they watched.

We, Palestinians hardly penetrated that collective psyche, neither in the West nor elsewhere. I think that ritual is an incredible way to connect with people. It’s important that we mobilise and  show through our numbers that we are a force to be reckoned with. But you’re not going to change a lot of hearts and minds based on that kind of strategy alone.

You need the intellectual, poet, and novelist to communicate these ideas in a way that connect with people as a human beings beyond anything else. I would love to see a conference in Palestine that brings the best of our novelists, poets, artists to bring a new way of presenting Palestine to the world.

One thing as a Palestinian under no circumstances will I ever accept is that we are victims. The Israelis are victimising the Palestinians every second of every day. But Palestinians shouldn’t internalise that victimhood in any way.

You know, how often you see Palestinians as that rebellious revolutionary person and I’m not talking about machine guns.

These are the Palestinians I want to present to the world, because in reality, this is 99% of Palestine.

Way forward for the people of Palestine

I think we are in a transition because we know that ultimately we belong together. Gaza wants to break it siege. The West Bank wants to end its apartheid. Jerusalem wants to unify with the rest of Palestine. Palestinian Arabs living as second third fourth class citizens are trying to survive an oppressive and racist political system.

It’s not your everyday occupation struggle. I think we are beyond that at this point. We can’t be speaking of a siege, separate from occupation, separate of racism in Israel, separating Palestinians in diaspora. So we need to talk about the unity of the Palestinian identity, separate from political unity.

But it’s the identity of the Palestinian people and how they see themselves within the larger struggle that is shaping up in the future.