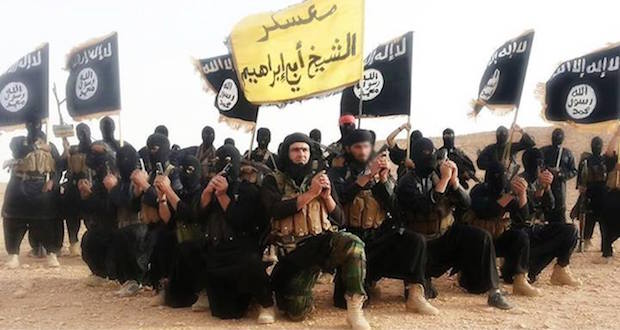 The story of a 15-year-old Capetonian girl who was prevented from leaving Cape Town on April 5, ostensibly to join Isil, has reignited suspicion of the organisationâ€™s links to South Africa. But there are a few missing facts about this story of a minor who somehow managed to befriend insurgents and board a plane to Johannesburg, without anyone the wiser. RAâ€™EESA PATHER reports.

On Sunday morning the girlâ€™s family alerted Crime Lineâ€™s Yusuf Abramjee that she was missing and potentially leaving the country to join the Islamic State of Iraq and the Levant (Isil). They then contacted police, who informed local intelligence officials. She was eventually found aboard a British Airways flight to Johannesburg. The girl was then debriefed by state security and returned to the custody of her parents. But that isnâ€™t all there is to the story, as more than a few questions have been raised.

1. Was she actually going to join Isil?
In an interview on Radio 702, Abramjee said that the family of the girl had contacted him once they realised she was missing. According to Abramjee, â€œdocuments and computer printouts were found in her roomâ€, leading her family to suspect she was joining Isil.

â€œThere was evidence in her room that she was in contact with a person or more than one person somewhere linked to Isil,â€ Abramjee said.

Abramjee said that state security minister David Mahlobo had confirmed the girl was an Isil recruit.

But how was the person she was allegedly in contact with linked to Isil? And beyond the family speculation, what did the police and intelligence services initially have to go on before they tracked her down to the plane as a potential Isil recruit?

2. Travel security for minors
Airport security has come into question since the story emerged. After all, how much freedom does a 15-year-old have to simply fly across the country?

Abramjee said the girl either had to have been â€œaided and abettedâ€ or there was negligence from the airline. Although the family told Abramjee that money was â€œpossibly missingâ€ from their safe, minors need an adult to fill in and sign documents detailing who will collect them at the destination before a ticket can be bought.

Who then signed the documents to purchase the girlâ€™s ticket to Johannesburg? Did she pay cash or was it done electronically and, if so, through whose account?

The department of home affairs has weighed in on the travel debate too.

â€œRecent amendments to South Africaâ€™s immigration law and the promulgation of the new immigration regulations were meant also to help in curbing horrendous incidents of this nature,â€ said Home Affairsâ€™ Mayihlome Tshwete.

A new law, to be implemented in June, will require minors to present both written permission and an unabridged birth certificate in order to travel across borders. The law would have come into effectÂ in October 2014, but was delayed.

A State Security Agency and police investigation is underway to examine security concerns.

To board the aircraft, the girl must have had some sort of identification â€“ a passport or birth certificate, as she is too young for a driverâ€™s licence. According to Abramjee, her family told him her passport was missing, but how did she access her passport? Or was it just left lying around the house?

Abramjee told EWN he was given three cellphone contact numbers for the girl, something he described as â€œvery worryingâ€.

Isil sends propaganda through Facebook, Twitter, and Instagram, which are popular among young South Africans and the girl, with her three cellphones, was no doubt well connected.

The vulnerability of youngsters using social media has been scrutinised since the story emerged, with some people arguing that parents needs to institute greater monitoring and restrictions of their childrenâ€™s social media use.

Mahlobo has stated that South Africa is safe from terrorism, but social media remains one of Isilâ€™s primary forces for recruiting new members.

â€œIt doesnâ€™t mean there are terrorists in South Africa, but the use of social networks and technology is a challenge. They are using technology to attract children,â€ Mahlobo told SABC.

As a minor, the girlâ€™s parents remain responsible for her safety and well-being. In his interview Abramjee complimented her parents, while also noting that questions around responsible parenting had been raised.

â€œThe family must be praised for taking the swift action. Had they not come forward to approach the community to assist, this girl could possibly have found herself somewhere in the Middle East or in a war-ravaged area already,â€ Abramjee said.

But like any parents whose children have made poor decisions, these ones are probably now wondering how they could have missed the alleged radicalisation of their daughter that was going on right under their noses.

With investigations still underway, many questions have yet to be answered.