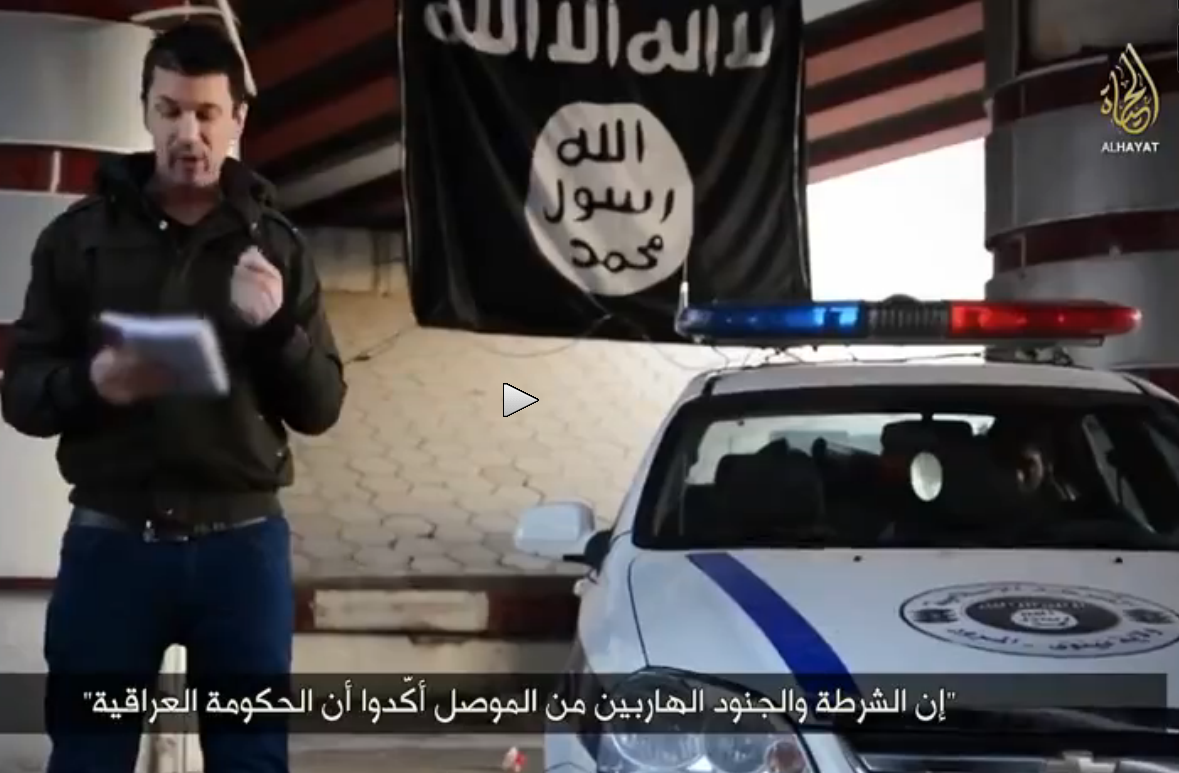 Followed by a video camera, British citizenÂ John Cantlie shops at the city market, visits children at a local hospital and talks us through the rapidly increasing traffic in the city of Mosul, in Iraq.

In the latest video, the eight to be released by ISIL on Cantile, 43, the British photojournalist, who was takenÂ hostage by ISIL back in November 2012, Â appears in good health, and in good humour as he presents ‘an alternate narrative’ of Mosul to the world.

The latest video, a documentary-styled eight minute film, is bound to draw mixed responses and even confusion.

What is Cantile’sÂ precise state of mind at such a difficult juncture in the US-led war against ISIL? And how much longer will ISIL use him as a propaganda tool?

Emphasizing thatÂ the world’s media had a misguided sense of the situation on the ground, Cantile describes life in Mosul, captured by ISIL fighters back in June, as “business as usual”.

‘The media likes to paint a picture of life in the Islamic State as depressed, people walking around as subjugated citizens in chains, beaten down by strict, totalitarian rule.

‘But really apart from some rather chilly but very sunny December weather, life here in Mosul is business as usual.’

Of course, Mosul does looks ‘normal’.

That is of course if you can somehow get around the idea that a man held hostage by a group of armed crazies was trying his darndestÂ to convince you.

The video was initially on YouTube, before it was taken down. Â It is understood that the British Foreign Office is studying the material, though it seems rather unlikely they will have anything useful to say.

For more on the story. check out the Guardian.

If you just want to watch it, here, knock yourself out.