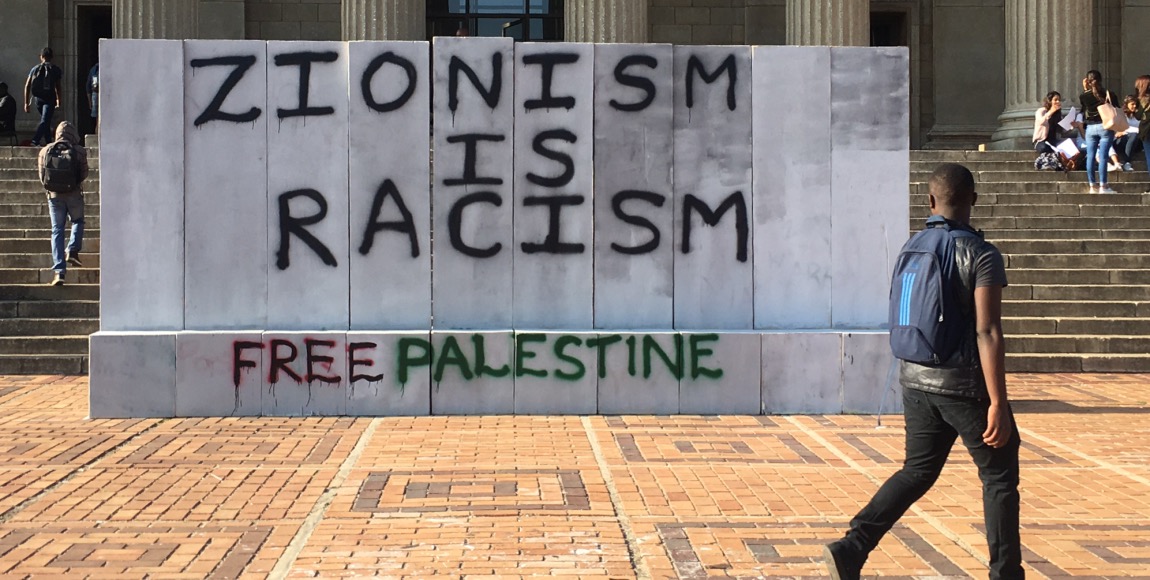 In our second op-ed for Israeli Apartheid Week, ALIE KOMAPE takes a look at how Israelâ€™s racism and apartheid tactics oppress and violate not only Palestinians but black Jewish people living in Israel.

The crime of apartheid is most often associated with South Africa- and indeed it took the atrocities committed in South Africa to prompt the international community to define â€˜apartheidâ€™ and declare it a crime against humanity in 1973, and then again in 1998. If I were to use the definition of â€˜apartheidâ€™ as stated by the International Convention of the Suppression and Punishment of the Crime of Apartheid adopted by United Nations General Assembly in 1973, I would find Israel guilty of this crime.

This is not to say that Israeli apartheid takes the same form as South African apartheid. Apartheid or â€˜segregationâ€™ as a socio-political system of imposed separation based on ethnicity and race can take many forms, including the form it takes in Palestine today. The definition provided by the 1973 convention is a way of defining this type of state, anywhere in the world.

Israel fits the criteria of an apartheid state in many ways. For example, it has taken â€œâ€¦legislativeâ€¦ and other measures calculated to prevent a racial group/s from participation in the political, social, economic and cultural life of the country… [including] the right to leave and to return to their country, the right to a nationality, the right to freedom of movement and residenceâ€. This is a direct quote from the list drawn up at the convention. Israeli law includes over 50 laws that discriminate against Palestinian Muslims and Christians in a myriad of ways, from legal services and housing to education and health care. Palestinians are refused the right to return to their own country, or locked up behind a separation wall, forced to carry permits and to go through checkpoints. Desmond Tutu called the Gaza Strip â€œthe largest open-air prison in the worldâ€ as the Palestinians are prisoners behind the walls and live under military occupation.

It has also been widely reported that Israel is handing out deportation orders to African migrants. Many of these African immigrants fled their countries to seek asylum in Israel, narrowly escaping civil war and ethnic cleansing from Sudan and Eritrea. Not only do they face indefinite imprisonment in â€œconcentration campâ€ type of detention centers if they refuse deportations, Israelis are offered a bounty of US$9 000, the equivalent of R100 006, on capture of one African immigrant by the Israeli government.

Ethiopians Jews living in Israel are no exception, moreover Jewish Ethiopians who speak Hebrew, were educated in Israel, and know little about the country that their parents or grandparents came from. Furthermore, many of them have lived in Israel longer than some of the white Jewish migrants who come from Europe, the United States, Africa, and all over the world. Stories of discrimination against Ethiopian and black Jews in Israel include life as second-class citizens. Just like black people during the South African apartheid era, many of the Ethiopian Israelis live in the periphery of society that already grapples with issues of unemployment and scarce public resources. Ethiopian Jews suffer from the highest poverty rate among the Jews in Israel and suffer much higher levels of police stop-search, arrests, and incarceration. Until recently, blood donated by Ethiopian Jews was dumped by Israeli hospitals in fear of â€œethnic contaminationâ€.

It gets worse. Last year, Israeli health care officials admitted to forcibly (without consent) injecting Ethiopian and African migrants women with contraceptives. In 2016, Ethiopian-born Israeli model and actress Tahunia Rubel described Israel as “one of the most racist countries in the worldâ€. These institutionalized treatments of African migrants and Ethiopian Jews is certainly not based on religion or language but clearly on their skin color.

If we are looking for evidence of apartheid, we donâ€™t even need to look further than quotes from Israelâ€™s Prime Ministers in the last two decades. The Hebrew term â€œHafradaâ€ has been used since the 1990s and translates as â€˜separationâ€™ or â€˜segregationâ€™. The first to use it was then Prime Minister Yitzhak Rabin who coined the term and proposed a physical barrier between Palestinians and Israelis. Former Prime Minister Ehud Baruk also won his election with a similar sentiment and a campaign slogan that translates to â€œUs here. Them thereâ€. Another former Prime Minister of Israel, Ariel Sharon, originally used the term â€œTokhnit Ha-Hafradaâ€ (Segregation Plan) for his policies for the Palestinians, and then changed the name to â€œTokhnit Ha-Hitnatjutâ€ (Disagreement Plan) for fear of being associated with the South African apartheid government. It was the ongoing policy of Hafrada that paved the way for the infamous separation wall and which still sits at the heart of current Prime Minister Benjamin Netanyahuâ€™s vision for a future Israeli state.

The term apartheid is not an appeal for sympathy on the part of the Palestinians but a system of laws that oppress and vicitimise them in almost every facet of their lives. Dehumanisation and discrimination based on skin colour and ethnicity are an everyday occurrence, and are thinly veiled beneath a false rhetoric of Jewish â€˜democracyâ€™. South Africans have felt and feel the effects of what an apartheid state can achieve: how it dehumanizes people and strips them of their dignity, freedom, and power. Israeli Apartheid Week is about taking a stand against another apartheid state that is, beyond all reason, still thriving in 2018. Like South Africaâ€™s diplomat Dr. Clinton Swemmer, at the United Nations Human Rights Council said, â€œIsrael is the only state in the world that can be called an apartheid stateâ€.

Alie Komape is part of the BDS movement and based in Johannesburg. Find him on Twitter @alikomape. 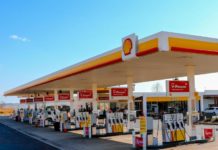