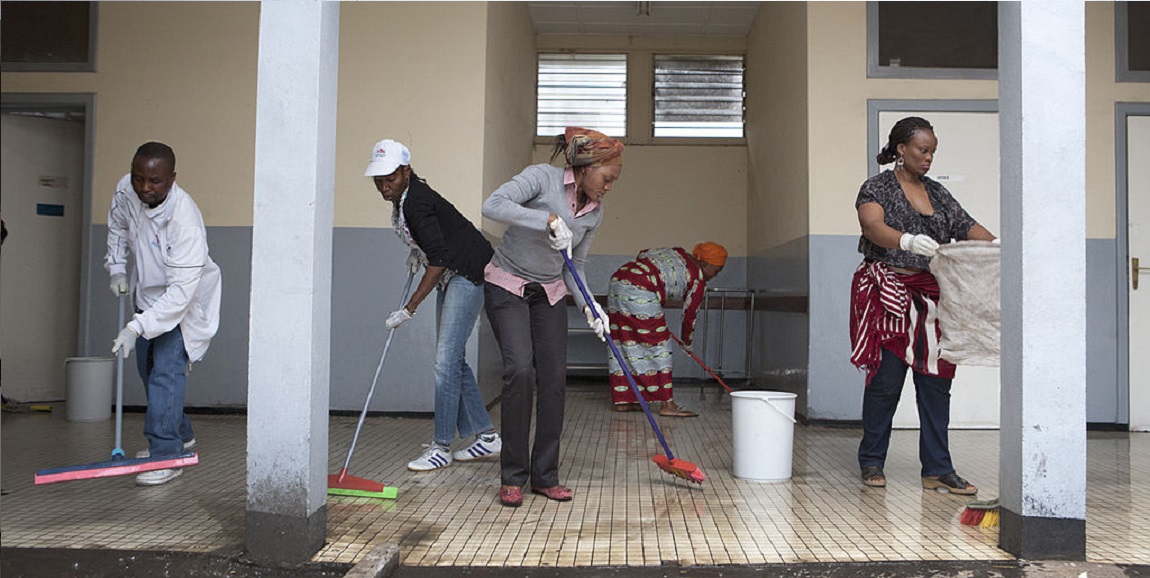 With Nelson Mandela International Day coming up, many people are looking for a way to spend 67 minutes for Tata – from painting orphanages to climbing Kilimanjaro. But is doing charity once a year for just over an hour really going to build the ‘Rainbow Nation’ Mandela dreamt of? The Daily Vox asked some Joburgers what they think. Brian Ngobo, 42, business owner, Bez Valley
I am planning to contribute some of the cleaning stuff from my business to a nursery school as my 67 minutes on Mandela Day. It is important because Mandela always preached unity. To me, I feel like we owe it to Mandela because he was a great man for South Africa. We must celebrate Mandela’s legacy throughout the year, by keeping his legacy, by being together. Give to the needy, if you see someone who needs help, help him, not only on the 18th.

In acknowledgement of former South African president Nelson Mandela’s “contribution to the struggle for democracy internationally and the promotion of a culture of peace throughout the world,” the UN designated 18 July Nelson Mandela International Day in 2009. The day has been observed every year since 2010. Sinenhlanhla Ngwenya, 46, farmer, Johannesburg Central
Mandela Day is important to me because he was a brave man who fought for our freedom and brought peace into our country. At the moment there is not peace in our country.

As it is, what Mandela did is falling apart. Unfortunately his effort is in vain now. We need to change the government and if we vote well it would be better. I don’t give charity specially on Mandela Day. I take my clothes that are no longer fitting my children to orphanages throughout the year. I think it is wrong when people only give charity on Mandela Day only because he gave his whole life for freedom.

This year the Nelson Mandela Foundation has selected the theme Action Against Poverty, and has called on people to “make every day a Mandela Day” and to focus their efforts on four issues – education and literacy, food security, shelter, and volunteering. Therese Kenda, 48, shop assistant, Rosettenville
I do not celebrate Mandela Day but I think it is important that people give charity. If Mandela Day was three or four times a year it would be better, rather than having people give once a year. Mandela is a hero and a true African president. The only great African president left is Mugabe and we need a president like that now. As a foreigner, I feel afraid as a foreigner living in South Africa. If Mandela was alive, if he said stop all the violence would stop.

In South Africa, it’s become tradition for people donate towards worthy causes, and to give 67 minutes of their time towards charity work on Mandela Day in commemoration of the 67 years Mandela spent in prison. Anna Chicotu, 34, Edenvale, nursery school teacher
I’m just happy we have freedom and our kids are being educated. I am just going to be at work on Mandela Day. I think the idea of giving charity is great, but children in need can’t just wait for Mandela Day once a year.