Home As Told to It takes a village: How one family faced the triple threat of...
WhatsApp
Facebook
Twitter
Email
Print 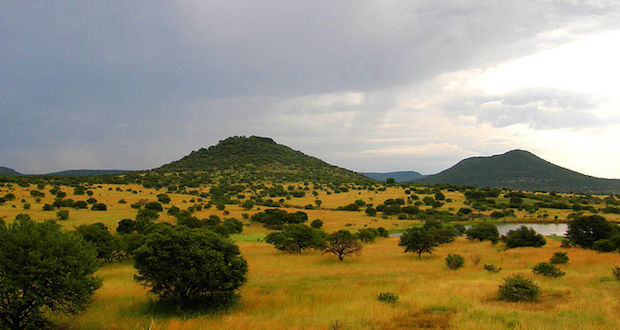 I grew up in the Eastern Cape with both my parents. We were a big family, staying with my paternal grandparents. All was not well in the family because my parents were not married. There was always tension between her and my unclesâ€™ wives. Things didn’t work out between my parents so my mother moved to Durban with us.

We led a normal life in Durban. My mother had other children from a different father, and life went on until 2001, when we had to move back to Eastern Cape because my mother became sick. She passed away in December that year.

After my motherâ€™s death, things were never the same. My father started drinking heavily. He didnâ€™t really take care of us and my sister became the mother figure for us, at the age of 10. She was the one who used to hustle in order for us to be fed.

We never had a constant home; we moved from one aunt to the other as my dad was never home. The last aunt we stayed with never treated us as her own and made it clear that she was doing my father a favour.

One night we were sleeping in our room when a man stormed in and screamed my sisterâ€™s name. He told her that if she doesnâ€™t let him have his way with her, he would stab her and kill us. He raped her on the same bed that all of us were sleeping on. I was next to her and she probably thinks I was fast asleep, but I could hear everything. I was terrified of making any movement. I had to stop myself from crying because I thought he would rape me too if he heard I was awake.

The following day she pretended nothing had happened. To this day, she doesnâ€™t know that I know what happened to her. I understand why she kept it to herself because my aunt was judgemental and used to say nasty things to her. Afterwards, my sister’sÂ behaviour changed, she became wild. It was like she felt useless and that she was of no good use. She started drinking alcohol and coming home late. I was only 10 and it hurt me to see her go through all this.

The community noticed that my aunt was neglecting us and my sisterâ€™s behaviour just got worse. The school took it upon themselves to take us to the Durban Childrenâ€™s Home. But my sister couldnâ€™t stay because she was already pregnant. She lied about the pregnancy and said the baby was her boyfriendâ€™s, but I knew she was impregnated by the rapist and that’s why she left the baby with the boyfriend. I think she didnâ€™t want to be reminded of what she went through.

I was very young when this all happened and I didnâ€™t know what to do about it. I didn’t know how to react or deal with what happened to my sister. I wish I’d been able to help her by screaming for help or telling my aunt in the morning. As much as my dad was a drunkard and was never there for us, I don’t blame him for circumstances that led to my sister being raped. But I do wish he could have helped us after the incident and taken us in instead of the social workers taking us to the childrenâ€™s home. He should have been there for us after my motherâ€™s death and maybe the incident could have been prevented.

The society we live in has a misconception about rape victims. People think rape victims bring it upon themselves because of the way the dress or behave. I think this is one of the things that made my sister keep her incident a secret; that she was afraid of being judged for something she had no control over. It breaks my heart because I see myself prospering more than her, when she is the one who always strived to make the family proud.

She owns a tuck shop in Durban now and we still keep in contact with her. My one goal right now is to finish studying and to find my nephew, to make sure a cycle of what I went through as a child is not repeated in the younger generation of my family.

If you have had a traumatic experience and want to speak to someone about it, callÂ LifeLine’sÂ Stop Gender Violence Helpline on 0800 150 150.

– As told to Zilungile Mnisi
* Name has been changed