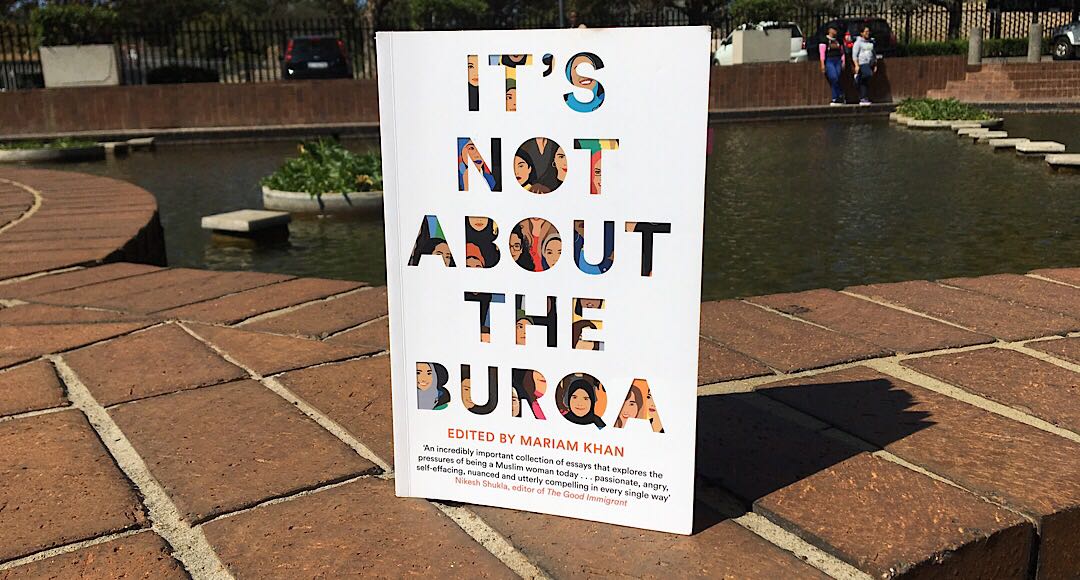 It’s Not About The Burqa – a collection of writings – edited by Mariam Khan tells beautiful stories of Muslim women living in the West. They share their experiences of dealing with faith, sexuality, racism, Islamophobia, and more in a world that doesn’t respond very nicely (to put it mildly) to women and people of the Islamic faith.

In 2016, then British Prime Minister David Cameron said in a private conversation that he considered Muslim women traditionally submissive. Khan writes in her introduction that watching all these events unfold made her realise she was always hearing “about” Muslims instead of hearing from Muslim women. That is what the book is about. It brings together the voices of Muslim women. Khan says: “We should be the authors of our narrative and identity; we should be the ones speaking “about” us.”

The title “It’s Not About The Burqa” alludes to the perception that conversations around Muslim women begin and end with the clothes they wear. The book attempts to dismantle in Khan’s own words this idea “from within.” The women in this book are not monolithic. Their experiences are vastly different and some of their ideas about religion and faith might even clash with each other.

That adds to what makes the book interesting. They are by no stretch of the imagination representative of all Muslim women. Instead, it is a “start, a movement: we Muslim women are reclaiming and rewriting our identity,” says Khan.

Editor of the collection, Mariam Khan writes a thought-provoking essay titled “Feminism Needs To Die.” Contrary to what the title conveys at face value, the essay is about white feminism not speaking to the experiences of Muslim women of colour. Being introduced to feminism, Khan says felt alienating. The theory and experiences spoke about something foreign to her. It was only reading more extensively and engaging with materials beyond the initial ones presented that allowed her to understand and accept feminism as a part of her life. Khan calls for much-needed intersectional feminism.

Another standout essay was Safiya Ahmed’s “The First Feminist”. She speaks about Khadija, the first woman to accept Islam and how Ahmed views her as the feminist. Oftentimes it feels like Muslim women feel the need to reject their Islamic faith and history to be more palatable towards the Western gaze. This is despite the wealth of female empowerment and experiences to be found. Ahmed’s interaction with who Khadija is and what she means to her was beautiful to read especially when she says: “Khadija taught me that I had every right to exist as I chose.”

The theme of choice runs deeply through all the essays. All of the writers are choosing. Whether it is the choice to reject patriarchy, misogyny, family expectations, society’s expectations, and more. They want to interact with their faith and spirituality on their own terms and their own choosing.

Many of the essays are remarkable. Mona Eltahawy writes about the need for a revolution against patriarchy, Islamophobia, and all forms of bigotry. Nafisa Bakkar speaks about whether there is a need for terms and conditions for representation. Other essays speak about mental health in the Muslim community while another describes the racism faced within the community. The broad field of issues looked at were interesting to read.

On the other hand many of the stories felt like my own. Our worlds are far apart but the experiences felt familiar. Whether it was struggling with the clash between religion and culture or the question of patriarchy as a force that tries to stifle women of any identity, the stories were welcoming.

Khan mentions that this is the start of Muslim women’s narratives. I truly hope so. Muslim women of all identities around the world need to write their truths. It’s often difficult amongst the stifling overbearing voices. However, with the rich tradition and history of Muslim women everywhere speaking their truths, it is really possible.

Being a Muslim woman is not a fashion fad. It’s not something to be appropriated by fashion houses and media publications. It is a lived experience not for anyone’s consumption. What made this collection particularly interesting was the use of feminism as a framing lens. For me, that was refreshing, especially there are many who would say Islam and feminism are incompatible. This book refutes that.

The danger with books like that is that they can inadvertently play into stereotypes or open up the Western gaze. While it might be written by Muslim women, the readers of the book are a wider more diverse audience.

The ways the audience will engage with the book are not the concern of the writers. It is just something that adds greater tension and complexity when women of colour write their truths. It is never simple and there are many things to muddle through.

There is a hope that if Muslim women tell their stories more frequently there will be less reason to be concerned about this.

The book is distributed by Pan Macmillan South Africa, and is available at all bookstores.