Despite rape being a serious problem in South Africa, some police officers still donâ€™t know how to treat rape survivors properly.

After being raped at knife point at the end a party, Thola* went to her nearest police station to report the attack. But instead of being attended to compassionately, she was made to wait for two hours in the community service centre then had to give her report at an open counter in front of everyone in the room.

Worse still, the officer on duty then refused to take the case, telling her instead, â€œJust go home, get some sleep, sober up and come back in the morningâ€.

It was only after Thola phoned her father, who came to the police station and complained, that the officer agreed to open a case and take her to a forensic facility to receive medical attention.

Unfortunately, stories like Thola’s are not uncommon as some police officers are not trained in the correct procedure for reporting sexual assault or rape and many survivors do not know their rights.

The Charter for Victims of Crime in South Africa sets out a number of rights, including the rights to:

The police officer on duty is legally obliged to take your report. They cannot turn you away if you have been drinking, according to the time of day or night, how long ago the crime was committed or where the rape happened. 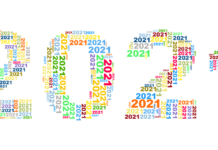