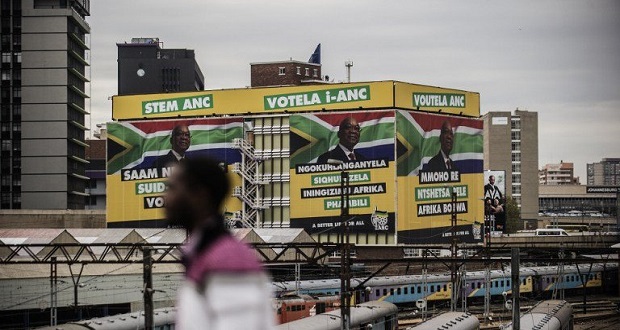 African National Congress (ANC) chief whip, Jackson Mthembu made a splash at the weekend when he revealed that heâ€™d called for the partyâ€™s entire National Executive Committee (NEC), himself included, to step down as the current leadership is ill equipped to take the ANC forward.

“When I said the entire ANC leadership must take the fall I meant everybody, myself included” – #JacksonMthembu

You can read the whole story over at City Press but hereâ€™s the breakdown.

The first rule of the ANC
Before we get into the details, thereâ€™s one thing you need to know about the ANC, in case you didnâ€™t know it already: if youâ€™re a member of the ANC and especially a high ranking member of the ANC, you donâ€™t say anything negative about the ANC in public. As far as anyone is concerned, ANC members are all loyal cadres and everything they do is for the good of the party, and everything the party does is for the good of the country. And thatâ€™s the official line, always. So when Jackson Mthembu gets out in public and says, weâ€™ve screwed up, we all need to quit, then Luthuli House, we have a problem.

What Mthembu said
After the City Press story came out, Mthembu told eNCA that he felt the NEC should take collective responsibility for the partyâ€™s poor performance during the 2016 local government elections.

Mthembu told City Press heâ€™d previously called on the the ANCâ€™s leadership to step down for failing party members and moving from crisis to crisis – he said heâ€™d raised these issues at several NEC meetings following the elections – but this weekend was the first time heâ€™d done so publicly.

“It is in that meeting that I made this call that if we are taking collective responsibility for the mess we have createdâ€š for the lack of confidence in the African National Congress that came to the fore through these electionsâ€š therefore as the ANC leadershipâ€š we must also take a collective fall from graceâ€š” Mthembu told eNCA.

Absolutely nothing wrong with what Jackson Mthembu said. I back his statements. The NEC must step down.

Now, everyone knows that thereâ€™s a massive rift in the ANC but Mthembu came out and called it by its name, speaking about factional behaviour and arrogance that he says has lead to the charging of a sitting minister, Pravin Gordhan, with fraud over an administrative matter.

The Gordhan/Abrahams saga
It seems that what pushed Mthembu to go public at this point is the recent controversy between national director of public prosecutions Shaun Abrahams and Finance Minister Pravin Gordhan.

On 11 October, Abrahams demanded that Gordhan appear in court on fraud charges related to his approval of former South African Revenue Services (Sars) deputy Ivan Pillayâ€™s early retirement six years ago – a move that intensified the existing factionalism in the ANC.

Some in the ANC and government have interpreted this support as an implied motion of no confidence against Zuma, and have blamed the president for trying to taint Gordhanâ€™s reputation with trumped up charges.

According to Mthembu, he had told the ANCâ€™s national working committee (NWC) last week that the decision to prosecute Gordhan is politically motivated.

Why Mthembuâ€™s view matters
Mthembu is a prominent member of the ANC. He is partyâ€™s former national spokesperson the current parliamentary chief whip.

In brief, being chief whip means keeping members of parliament in line and ensuring their participation in the law-making processes and the development and implementation of national laws and programmes.

However, it is difficult to make effective legislative change if there are deep factions and constant disagreements within the party, such as that over the decision to prosecute Gordhan for fraud on November 2.

â€œWhat Mthembu didâ€š didnâ€™t come as a surprise to us because we know it is an expression of the majority of ANC NEC members and ANC caucus members in parliament. This must send a clear message to the Zuma faction that enough is enoughâ€šâ€ Bloem said.

But the ANC Youth League (ANCYL) and Umkhonto weSizwe Military Veterans Association (MKMVA) – both groups which are generally known to be firm Zuma supporters – disapproved of Mthembuâ€™s call for the NECâ€™s resignation.

ANCYL spokesperson Mlondi Mkhize disagreed with Mthembuâ€™s decision to publicly criticise the partyâ€™s leadership and has accused him of being undisciplined and of grandstanding.

Listening to Enoch Godongwane & Jackson Mthembu y/day you can tell that there are factions in the ANC. Battle has begun. @sakinakamwendo

MKMVA national chairperson Kebby Maphatsoe called for Mthembu to resign saying that the ANC had already taken a decision that the NEC must take collective responsibility for their poor performance in the elections. Maphatsoe said that if Mthembu wanted to quit, he must do so without lobbying other members to resign.

ANC national spokesperson Zizi Kodwa meanwhile said that the entire NEC could not resign, even if it wanted to, as it is accountable to its branches.

â€œThe NEC is a national leadership of the ANC elected at national conference and is made up of 53 regions and branches,â€ Kodwa said.

Where Mthembu stands now
Mthembu maintains that he is not targeting Zuma and is â€œnot interested in any position but to save the ANCâ€. He said he is not looking to be reinstated in his position within the ANC next December, when the partyâ€™s national elective conference is set to take place, but would rather go back to his branch and contribute to the political education of others.

Amid these signs of an imminent ANC implosion, we have to ask: will the real ANC please stand up?