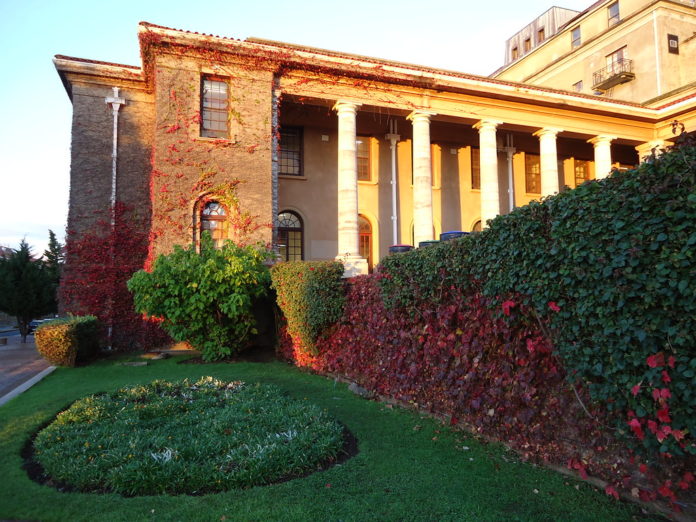 On the morning of 18 April 2021, a fire started near Rhodes Memorial, Devil’s Peak in Table Mountain National Park. Driven by strong winds, it reached the University of Cape Town?s (UCT) Rondebosch campus. The building worst affected by the fire was the Jagger Reading Room, which was home to the significant African Studies Collection, which was started in 1953.

The full extent of the loss is not known. The images we’ve seen give us some idea of the devastation. The executive director of the UCT Libraries, Ujala Satgoor has confirmed that the reading room of the Jagger Library is “gutted” but luckily the fire detection system in place triggered the fire shutters which prevented the spread of the fire to other parts of the library.

A message from @UCTLibrary Executive Director Ujala Satgoor on the fire that devastated the Reading Room of the Jagger Library where @UCTLibrary_SC situated. pic.twitter.com/yj8c9NbA7O

The Jagger Reading Room Library (previously known as The JW Jagger Library) was named after John William Jagger, an English-born businessman who served as Minister of Railways and Harbor in the cabinet of former prime minister, Jan Smuts. The building was constructed in the 1930s and served originally as the main library, then as a short loans centre and from 2000 to 2011 as the reading room of the African Studies Library. In 2011 the university began a restoration programme to restore the main hall of the Jagger Library to its original condition.

The African Studies collection consists of an astonishing collection of works related to Africa. These range from works published from as long ago as the 1500s through to the present day. It contains work in multiple indigenous and non-indigenous languages, and multiple formats: newspapers, maps, anti-apartheid works, activist pamphlets, graduate theses, film and audio.

#CapeTownFire this is the extent of the damage inside the UCT library. Firefighters are still trying to extinguish the fire to prevent any flare ups. @News24 @TeamNews24 pic.twitter.com/SlmPrC2dcu

“An African continent, which has suffered several series of conquests, has been struggling to reconstruct its own history and particularly that which is documented,” historian and political analyst Somadoda Fikeni told TV news broadcaster Newzroom Afrika. “Therefore, any special collection that is frail, no longer available, or no longer printed very often tends to be priceless in terms of its heritage value and in terms of the knowledge project.”

The library has, however, been slowly purchasing duplicate copies of some of its materials over the past decade, as well as developing e-resources to provide access to its collections. “We do have the basis of rebuilding this African studies collection,” Satgoor said, “but the magic or beauty of working with a tangible hard copy for many researchers is invaluable.”

Somadoda Fikeni raised a point about romanticising special collections or archives that are often tucked away in safe spaces, and inaccessible to the general public. Drawing parallels with widely available ancient works by, for example, Greek philosophers or the works of Shakespeare, he said that this event raises the question of what constitutes a “special collection.”

“And how does it relate to a knowledge system that gives access to someone in a village with a smartphone or who is in Asia or in the wider diaspora? For, as long as this material is jailed in some basement with signs that say ‘Do not touch,’ then it says that it is both vulnerable to water and fire as well as ignorance.”

#UCTFire #UCTWillRiseAgain Following the devastating fires on the mountains behind UCT and around Cape Town, government and UCT leadership met to assess the damage and plot a way forward. Read more: https://t.co/tmgywmNBfv pic.twitter.com/Nu5I3L9inG