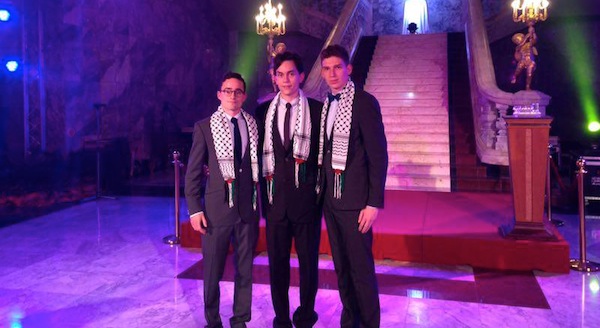 Just as the controversy over King David Victory Park High School (KDVP) student Joshua Broomberg started to die down, theÂ TimesÂ has reported that anotherÂ student at the school was suspended from his leadership role for criticizing Israelâ€™s behavior on a Facebook group.

The pupil â€“ who has remained anonymous â€“ has filed a complaint with the South African Human Rights Commission. The complaint alleges that the pupilâ€™s right to freedom of expression had been violated, and he was publicly humiliated in a schoolÂ newsletter.

â€œIfÂ you are critical of Israel once, you will be written off by the leadership at King David for the rest of your school career,â€ the student told theÂ Times.

The schoolâ€™s principal, Marc Falconer, told the TimesÂ it was not the pupil’s views on Israel that were at issue but rather that Facebook with its “one liners and vitriolic comments” was not an appropriate forum for debate. The page on which the comments were made had led to cyber bullying.

In a school newsletter Falconer saidÂ â€œdebate was important and the school had learned from the Facebook page that there was a need to discuss the Jewish peopleâ€™s complex relationship with Israel in a different forumâ€.

Earlier this month, Broomberg, who heads South Africaâ€™s national debating team, sparked controversy in the Jewish community and on social media when he was photographed wearing a Palestinian scarf (keffiyeh) and a badge bearing the Palestinian flag at an international debating event. The caption on the photograph read:Â â€œTeam South Africa wearing Palestinian badges and keffiyehs to show our opposition to the human rights violations carried out against the people of Palestine.â€

A petition, which claimed Broomberg had â€œbrought the school of which he holds office into disreputeâ€ and called on the South African national debate team captain to have his honours revoked, soon circulated.

A counter-petition supporting Broomberg, titled â€œDefending Safe Spaces and Freedom of Expressionâ€, soon followed. The petition, which has garnered over 3 000 signatures, called for the defence of freedom of expression and an end to the â€œexaggerated attacksâ€ on Broomberg. The petitionâ€™s initial signatories were former head and deputy head boys and girls of KDVP.

â€œWe believe that silencing people, especially young people, is not in the spirit of our community,â€ they said.

Broomberg, who describes himself as a proud South African Jew and a Zionist, meanwhile published a post on his Facebook page, saying his wearing of theÂ keffiyehÂ was â€œabout humanityâ€.

Broomberg later apologised to the school for the uproar.

Writing in the Daily Maverick, Saul Musker, one of the debate team members photographed with Broomberg, said the reaction to the image had â€œexposed the deep fault lines in the local Jewish communityâ€. Musker said that while everyone has the right to an opinion, children need to be protected from â€œthe vitriol of sad and bellicose adultsâ€.

The Gauteng department of education has defended Broomberg, saying calls for his honours to be revoked are unconstitutional. KDVP has said that the school respects his right to freedom of expression and that he will not be suspended.

Broomberg is currentlyÂ in Thailand for the World Schools Debating Championship, and is expected to returnÂ on Monday.