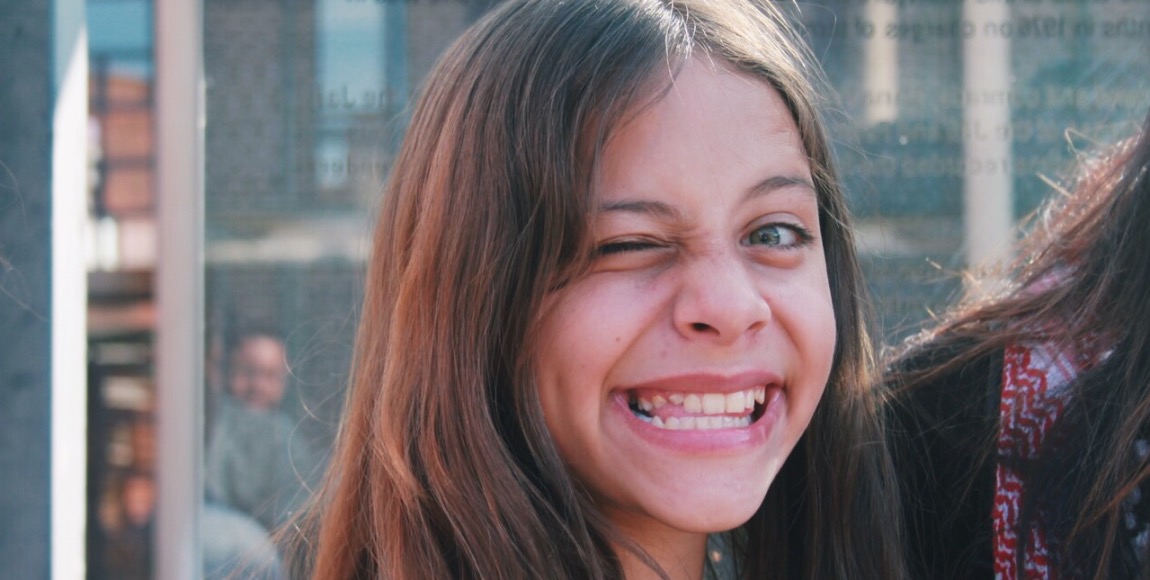 Since 2012, 11 October has been marked by the United Nations as the International Day of the Girl Child. The day aims to highlight and address the needs and challenges girls face, while promoting girls’ empowerment and the fulfillment of their human rights. IMAAN MOOSA shines a spotlight on Palestine’s Janna Jihad, the world’s youngest card-carrying journalist.

Seventeen-year-old Ahed Tamimi has been hailed as the symbol of Palestinian non-violent resistance against the apartheid-state of Israel. When Ahed is chanting on the picket lines, her twelve-year-old cousin Janna Jihad Ayyad is alongside her, also calling for peace, equality and freedom.

Who is Ahed Tamimi and why should South Africans care?

Born three months premature in the United States on April 5 2006, Janna was hospitalised in Florida for two months before she returned to her home in the village of Nabi Saleh in Occupied Palestine. Her mother Nawal chose to raise her daughter in Palestine because, in her words, “Palestine is home.”

Janna speaks fluent English alongside her native Arabic, which helps her to get her message across. At the age of seven, she began reporting. “I saw that there were not enough journalists to cover things that happened in Palestine like when my cousin Mustafa was killed, when my uncle Rushdie had been killed,” she said in Johannesburg in June 2018, on tour in South Africa. For Janna, a member of the Palestinian Journalist Syndicate, journalism is a means to expose the injustices perpetrated by the Israeli regime with her voice and her camera. The name Jihad stuck after her fearless reporting of protests in Jerusalem and Jordan went viral. Like Ahed, Janna bears the responsibility and pressure of being a symbol of the occupation. Her strength, intelligence and eloquence puts her far ahead of her twelve years.

Janna first visited South Africa in 2017 with Ahed and Muhammed Nawaja – a ten-year-old boy from the village of Sussiya. The children toured the country for the Pals4Peace youth tour organised by Shamsaan (meaning 2 Suns in Arabic), a South African initiative that supports the establishment of youth platforms for dialogue and promotes social activism through the creative arts.

While in South Africa this year, the twelve-year-old met with Graaa Machel, who invited her to participate in the Women in Media Network and to be mentored by the initiative’s members. She also engaged with Simphiwe Dana, and spent time with local children at the Lefika La Phodisa, an art counselling institute. Sitting together, the children were asked to draw pictures that represented their childhood, and they shared their stories, speaking of gang and gender violence, hunger pangs, and the cold. Janna opened up about the time her mother handed her a piece of paper and told her to write down her fears, after a grieving Janna had witnessed the burial of her cousin Mustafa. With her fears on paper, her mother had asked her, “is everything inside you gone?” Crumpling and throwing the paper away, Janna could free herself. Control the fears and do not let the fears control you,” she shared.

It is easy to forget that Janna is a child. I had the opportunity to witness Janna the twelve-year-old. She is funny, playful, creative, and vivacious. She loves painting, making videos, and playing with slime. But she is also sullen at times, a side-effect of the life she lives and responsibilities she carries. The early mornings and late nights at press conferences and public engagements take their toll on her: sometimes, she would just rather play.

As for the future? Janna is a dreamer. When she grows up, she wants to be five things: a journalist, a fashion designer, a soccer player, an artist, and a lawyer. She loves the sea, which she excitedly exclaims is her favourite part of visiting South Africa.

Life under occupation is hard. Many criticise the Tamimi children’s role in the demonstrations and confrontations with the Israeli army. But Nawal criticises the army who raises its children with guns in their hands. Palestinians are not the only victims of the occupation, she says. Israeli children are victims when they become soldiers for an army who places themselves in front of women and children.

Israel has named Janna a “high security threat”. The Knesset is set to pass a law to ban the photographing and filming of soldiers, which could affect the already-limited amount of media freedom that Janna has. Her response is laughter. “That won’t stop us,” she states determinedly.

The Tamimi women are resilient, and Janna is no exception. “Women have had a great, but invisible, role in the struggle. It is important that today that a girl is recognised for her stand,” says Ahed’s mother, Nariman Tamimi.

Janna’s jihad is against occupation, but it is also a jihad for peace, love and equality. It is a jihad for childhood.

Imaan Moosa is a twenty-one year old student at the University of the Witwatersrand. She is a double-major in Sociology and Media Studies. Her likes include cats and equal rights. She dislikes cooking and arranged marriages.

*This article previously stated that Janna stayed in the US until she was 9. This has been corrected.