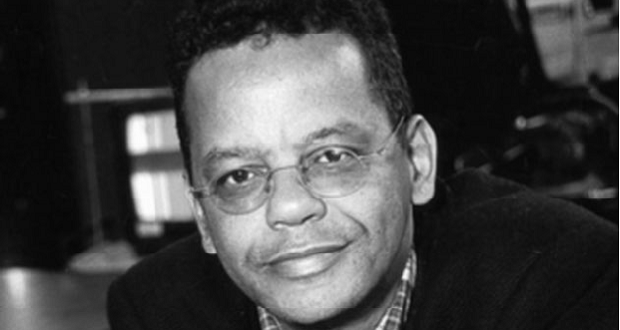 Jimi Matthews is the former CEO of SABC who recently resigned from his position at the public broadcaster. In a tweet, he attached his letter of resignation explaining why he could no longer be complicit with what was happening at the SABC. For those of you who have no idea who he is, we rounded up some information on the former CEO.

1. Heâ€™s a seasoned journalist
Back in the 1980s he covered the uprisings on the streets of Cape Townâ€™s townships. â€œIn terms of his background I think heâ€™s always been respected as a journalist and cameraman. He was very brave in the 80s,â€ said journalist Pippa Green who has known Matthews for some years. He has also worked for eTV and Reuters before his stint at the SABC.

2. His dad is a famous poet
His father is James Matthews, who is a famous anti-apartheid black consciousness poet, writer and a publisher, having produced a collection of short stories, five poetry books and an anthology of poetry.

3. He tells stories using visuals
Matthews has always been fascinated with telling stories in a visual way. â€œPerhaps it was always a combination of doing the news and being able to tell it through the medium of visuals,â€ said Green. He has also dabbled in documentaries, having produced Nelson Mandela Redrawn and Miracle Rising: South Africa.Â

4. Heâ€™s been in and out of the SABC
This isnâ€™t the first time that Matthews has resigned from the SABC. He first joined the broadcaster in 2002 as the head of TV news and in 2005 he moved to become head of sports production at the channel.Â Due to mounting political pressure, Matthews resigned and joined Telkom Media to run its 24-hour news channel in 2007. He then returned to the SABC in 2011 as the head of news and rose through the ranks to become the acting CEO.

5. Heâ€™s principled, which counts for a lot
Whether or not his resignation came too late, Matthews still decided to take a stand and resign. â€œI think heâ€™s always been at core, a person of very high values. I think that those values, he suddenly saw that it was very difficult to keep those values and continue doing the job,â€ said Green.

He is making a brave, ethical decision. Much respect to @jimimatthews https://t.co/iPKPhHrw2G

Featured image via TimesLive on TwitterÂ