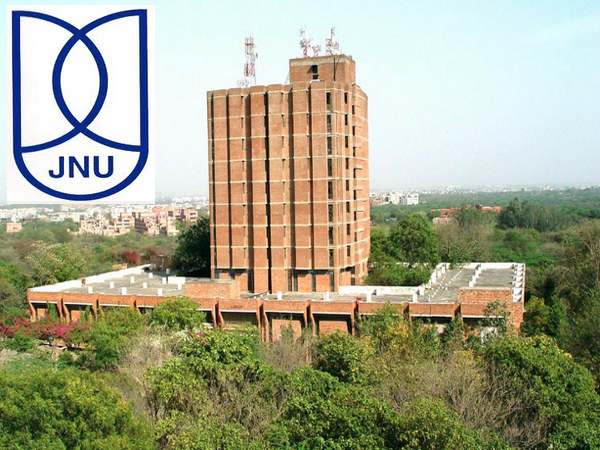 Following last week’s protests at Jawaharlal Nehru University (JNU) in Delhi, solidarity for beleaguered students facing an unprecedented crackdown from the Indian government has come from all parts of India and around the world. Here, a group of women scholars and activists of Kashmir assert the need to re-center the Kashmiri right to self-determination in discussions of Indian democracy and freedom of expression.

We are scholars of Kashmir from different disciplines and backgrounds who have been following the events at JNU with hopeful excitement and much trepidation. The events of the last few months, starting with Dalit researcher Rohith Vemulaâ€™s suspension and suicide in January and continuing with Kanhaiyaâ€™s arrest in February and Umar Khalidâ€™s worrying â€œdisappearance,â€ have exposed the ruthless and repressive face of the current BJP government.Â  The protestersâ€™ solidarity against the rising repression has been encouraging for those of us who are dedicated to documenting peopleâ€™s genuine aspirations and the brutality of militarism in Indiaâ€™s contested territories.

We are heartened to note that students and faculty at Indian universities, from JNU to Jadavpur, have boldly refused to give up their right and responsibility to engage in public dissent. Despite scathing criticisms and repressive action from Indian media and many segments of the civil society, they have resisted the Hinduization of educational institutions in the name of national or civilizational pride. At the same time, even as we support the vociferous defense of free speech unfolding on university campuses across India, we are dismayed by the sidelining of the issue that initially triggered the protest in JNU: the right to Kashmiri self-determination. This fundamental point has been taken over by other important conversations around definitions of nationalism, the Brahminism of the Indian university system, and the right to dissent. While we wholeheartedly endorse these allied struggles, we also recognize that the unfolding events in JNU offer us a rare opportunity to re-center the debate on Kashmir.

RELATED: The crackdown at JNU reminds me of the worst times during apartheid South Africa

As scholars who have been working alongside student activists, human-rights lawyers, union workers, and victims of military rape, torture, and killing in Jammu and Kashmir, the arguments and debates that are currently taking the Indian public sphere by storm are all too familiar.Â  For decades, we have witnessed the ways in which the Indian state controls dissent and suppresses Kashmiris especially Kashmiri students, prior to the arrival of the current BJP government. In this regard, we wish to bring attention to the following points:

1) Students in Kashmir do not have spaces to engage in debate and discussion. The attempt to depoliticize university spaces in Kashmir has led to the banning of student unions. The Kashmir University Students Union (KUSU) has been operating underground.

2) Kashmiri students are routinely harassed, targeted, and arrested when they express views that are deemed anti-Indian. Many of them are illegally detained and subjected to all forms of torture, including sexual torture. There is no international outrage, and no media attention is given to their plight. In the aftermath of the JNU crackdown, reports indicate harassment of Kashmiri students in Delhi by the police as a result of which many of them have returned home.

3) Unlike the teachers and professors that have come out in full support of JNU students, professors and administrators in Kashmir University are also muzzled. Most are silent in the suppression of students, and some are complicit with the prevailing authoritarianism.

4) Kashmiri students who study in colleges and universities across India have been subject to harassment and discrimination. In 2014, 67 Kashmiri students at the Swami Vivekanand Subharti University in Meerut were suspended for cheering on the Pakistan team during a cricket match. Many of these students have left the university and returned to Kashmir since. While this incident did receive a supportive response from Indian progressive voices, it did not occasion anything near the kind of outrage that has followed the events at JNU, nor such widespread soul-searching around hegemonic understandings of â€œnationalism.â€

5) Kashmiri masses have resolutely stood firm on their right to self-determination, and many progressive Indians, including the JNUSU, have extended their solidarity to them. This is evident in the event that was to be held in protest for the hanging of Afzal Guru, the Kashmiri accused of the Parliament attack conspiracy. However, support for SAR Geelani, a Kashmiri who was a former professor at Delhi University and who was also jailed on charges of sedition, seems to have dried up. Also, in the case of Umar Khalid, a JNU student who has spoken publicly against the Indian occupation of Kashmir, the progressive voices only began to protest the allegations against him after his associates made it clear that he self-identified as an atheist and a communist.

The current protests in JNU therefore offer both an opportunity and a dilemma. While witnessing the JNU uprising, Kashmiris are rightly asking why the ongoing debate about freedom of expression and the ongoing celebration of JNUâ€™s culture of dissent has neglected a set of foundational questions that pertain to Kashmirâ€™s disputed political status in the Indian union, the Kashmiri right to self-determination, and their prolonged fight against Indiaâ€™s military occupation.

This could be the opportunity to find a common vocabulary and establish a firm platform for solidarity with Kashmiri voices and ask some important questions which include but are not limited to: Can ongoing conversations on nationalism and the fascist appropriation of the concepts of nation and identity also create a space to discuss the struggle for Kashmiri rights to nationhood and nationalism?Â  Can such democratic venues of dissent and debate also highlight how Kashmiris have been killed, brutalized, and hounded for not aligning with Indian interpretations of nationalism, however expansive these might be? Can the discussion shift from a safe standpoint that addresses nationalism and freedom of expression to a more dangerous standpoint that foregrounds the everyday brutalities of living under a military occupation where people are deprived of the right to life and death? And, instead of subscribing to the easy binaries between violence and nonviolence that demonize those whose struggles should become grounds to question such neat dichotomies, can we discuss why people might choose to participate in armed rebellions or violent insurrections Â in the first place? Is it possible that while Kashmiris find new and creative means to extend their solidarities with people and communities who are engaged in an urgent struggle to reclaim public and intellectual spaces across India, for them to expect the same kind of solidarity in return?

While the use of words like azadi and plebiscite in multiple struggles across India can potentially create grounds for meaningful solidarity, Kashmiris have repeatedly witnessed that the appropriation of such terms rarely creates a space to debate the political status of Kashmir or resolve the longstanding issue through political means. Kashmiris are therefore wary and deeply skeptical of movements that claim their vocabulary without recognizing and acknowledging the struggles and the sentiments of the long-drawn political battle against the Indian occupation of Kashmir.

Attention to these considerations will powerfully transform the current crisis into an opportunity for the establishment of a new meaningful politics of solidarity — one that traverses conventional forms of identity formation, community mobilization, and political imagination. We invite progressive scholars in and beyond India to join us in this transformation.

We are a group of women scholars and activists who have been working on Kashmir in the fields of history, sociology, anthropology, cultural studies, public health, gender studies, international relations, and politics. Such academic research on Kashmir is compromised by state harassment, threats, and denial of access. For these reasons, we have chosen not to list our names and affiliations.