Home Politics Am I guilty? On being rich, white and male in South Africa
WhatsApp
Facebook
Twitter
Email
Print 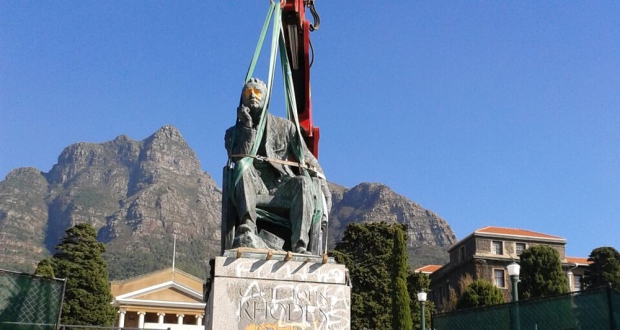 JOB THOMAS believes it’s time for people like himself – rich, white men – and other privileged groups, to admit to being oppressors.

In Belgium, I grew up while my parents were making minimum wage. The first five years of my working career, I only worked part-time as I was studying and my total monthly salary was well below minimum wage. However, given the fact that I didn’t have to worry about my expenses too much, I definitely would have considered myself middle class. Then I moved to South Africa in 2013 and suddenly I was rich. Not poor, not middle class, but rich.

In a study by the OECD in 2014, Belgium came out as one of the most female-friendly countries in the world. Yes, there’s misogyny, but there’ve been massive improvements in that area. Added to that, I’ve been very invested in advocating women’s rights in Belgium, especially in church contexts. Then I moved to South Africa and suddenly I was living in a country that has some of the worst rape statistics in the world. And more than ever, I was made aware that I am male.

In Belgium, I worked for two international organisations and on numerous occasions, I’ve been part of intercultural and interracial groups without there being a too strong white dominance. Then I moved to South Africa, and suddenly I was white and part of a group of â€œthe racistsâ€.

In sum, without being part of South Africa’s history, I’ve suddenly become part of an oppressing, privileged group of rich, white men. It’s hard to pick up a newspaper or follow opinion pieces online without being criticised for one of those aspects of my identity several times a week. While these are in fact three groups, and I belong to all three, some may belong to one or two.

At first, I struggled with this a lot. I hadn’t lived in South Africa before. Neither had any of my recent ancestors. So how on earth would I be guilty by being rich, white and male? My initial response was a defensive one, similar to what is described in this article on what the author dubs “Kafkatrapping”.

However, I’ve changed my opinion. Let me explain why. South Africa’s history is not one where a white individual singled out only one black individual. Or where a single rich person oppressed only one poor family. Or where only one man raped one woman. It’s one of collective oppression. Rich, white men as a group oppressed other races, poor people, and women. As a black, or poor, or female person, there was no individual escape from this. An educated, rich black man still had to follow the pass laws for example.

By consequence, the oppressors cannot merely be oppressing by choice. Even if I do not believe I am guilty at the individual level, “we” (rich, white men) are guilty as a group. We still benefit from the wrongs from history: we have better access to education, health, leisure, and all other good things in life. There is no such thing as just reaping the benefits of a wrong but not admitting your association with those wrongs. That is called hypocrisy.

It is normal that we struggle with this as we are influenced by the individualised Western society. Our whole system of beliefs is based on individual choice and action. But that is just not the reality.

Which leads me to my next point. I believe that my individual defence to the accusation of being guilty is also a faulty one. As discussed above, I as an individual do reap the fruits of the collective oppression that some of my peers were and are guilty of. I can never not be privileged. Even if I would give up my riches, then it is still a choice that I made out of my privileged situation. It is a choice that someone who doesn’t have riches cannot make: they do not have the option to give up something they never had.

By accepting a concept of collective guilt, I am accepting individual guilt as well. It is not my will, itâ€™s not a voluntary crime that I committed, but I am guilty nonetheless. Through my privileged status, I passively oppress others. It is not my choice, but it is my faulty identity.

This realisation has been hard. It’s made me very aware of my privilege for example. I’ve always seen myself as an advocate for equality, but realising that the collectives I’m part of are the main cause for inequality has come as a shock. This shock has led to several moments of paralysis. How do you solve a problem if you’re part of the problem? How do you fight for equality if youâ€™re part of the inequality institution?

To be honest, I don’t know the perfect answer to this. However, I have a few suggestions.

First, I need to learn to listen. I’ve always been a very vocal advocate for change. I still hope that I can use my skill set to contribute to change in South Africa, but I want to try to avoid doing that from an arrogant – close to colonial – approach where I have all the answers and the weak in society need to simply accept my solution.

Empowerment starts by giving the voiceless a voice and that means that my voice needs suppression. For example, as black and coloured voices are being raised on gentrification in Woodstock and Salt River, I need to listen to what they are saying. I need to fully understand what those voices are stating and support the solutions they are uttering, even if I do not always agree.

Second, I need to fight my peer collective. I must resist oppression, racism, and misogyny from my peers. One of the few contexts that I should remain vocal in is the context of my peers. In the midst of other rich, white men, I must be an advocate for change by voicing what I’ve heard while being silent in all other contexts.

I see a lot of resistance by rich, white men to being accused. Heck, I’ve experienced those defensive feelings myself, and I still do. But I believe that the only way we can proceed towards reconciliation is by humbly admitting guilt, and listening to our “sentence”. In restorative justice, one of the most important steps of the process is admitting guilt. Only after admitting that harm is done, the victim and the perpetrator can work towards restoring situations. Similarly, in our South African context, only when we – rich, white men – admit the wrong that has been done and is still being done by our collective, we can work towards restoration. This process towards restoration does not imply a passive perpetrator, but it does accept the lead by the victim.

I find the above very difficult. I still experience feelings of injustice when I struggle with accusations related to my being rich, white and male. But just like South Africa’s oppressed do not have a choice, neither do I.

So yes,Â weÂ andÂ IÂ are guilty. We are the oppressors. I hope that our admission of guilt will stand as an invitation to start a constructive process of restoration. Deep down weÂ know that we’re part of the problem.Â We should listen and follow the lead of those that have been oppressed for so many years.

Job Thomas is a Belgian who moved to Cape Town in 2013 to get married to a South African. He studied educational sciences (MSc, Ghent University) and theology (MA, ETF Leuven), and currently works at Automattic, the company behind WordPress.comÂ and WooCommerce. You can reach him on Twitter and his website.Â