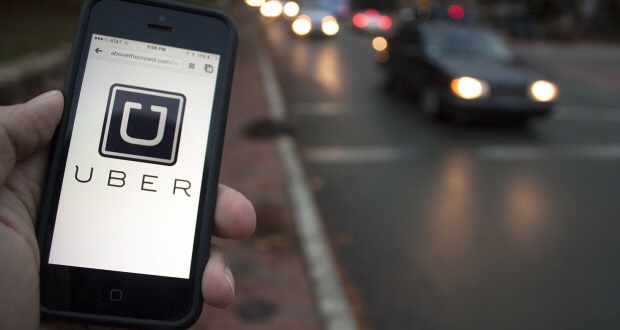 During the first week of April, transport service Uber announced a 20% reduction in South African ride rates for winter. Some 200 unimpressed drivers protested against the reduced fares in Cape Town shortly after the announcement. But EDWIN MAHLANGU*, a Joburg-based Uber driver, says that the protests are baseless.

I donâ€™t think itâ€™s a big deal really that Uber have dropped the rates. They are incentivising the service, thatâ€™s all. There is no way that Uber and Uber drivers will make a loss. Itâ€™s only people that like to cry for the sake of it, in my opinion. Who knows what the impact of the 20% reduction will be? Maybe now thereâ€™ll be even more people using Uber! I think people are just too quick to judge. Itâ€™s marketing, and by doing that, theyâ€™re saying, â€œOkay, if you do x amount of rides in peak hour, weâ€™ll give you so much for that.â€ Itâ€™s not that theyâ€™re just saying â€œAh okay, weâ€™re cutting the prices, you must work hard to make money.â€ No, theyâ€™re taking care that you arenâ€™t making a loss.

These other drivers are worried for no reason. They just like to make noise. Even without taking the time to investigate what the impact could be, people are already crying. I heard that in Cape Town they were toyi-toying, and I donâ€™t see why. It doesnâ€™t make a difference.

Uber is a very good service for South Africans. When my car goes in for service, even I use it. I used to be a private cab driver – I still even have my meter in my car. I changed to Uber because I realised that I canâ€™t fight the technology. And Uber is a far better system; there is so much less stress. I donâ€™t have to fight to find people so that I can make sure I am getting money. And I donâ€™t have to worry about any administration – my only job is to make sure my car is serviced and everything is in order. I donâ€™t have to worry about carrying money, everything is easy; you just use your card.

And it is so safe. When I was working for the cab company, one of our drivers got shot after he picked up people and they tried to steal his car and his money. They took his car and they shot him, they say the bullet just missed his heart and he is lucky to be alive. He would have just died for nothing. I have never heard of any Uber drivers having to deal with any crime situations.

The thing is, people donâ€™t want change. They donâ€™t like it. When changes come, people look for problems with it. These guys donâ€™t like services like Uber because they are regulated. I am a black man and I will say it myself – black people donâ€™t like services that are regulated. Even these minibus taxis, even if they can see they have problems, they donâ€™t care about how safe it is for passengers as long as they are making money. And itâ€™s dangerous. And I think this is where the government should come in and say that every five or six years, the vehicle must be changed.

Before Uber came, I was making money. I was leasing the car though – I was paying R3, 350 a week, but I would still make around R4, 000 a week. So I was making more money, but almost the same as what I make now. When Uber came, things started drying up and getting quiet. I was the first guy to leave the company I was at, and those guys said to me, â€œWeâ€™re gonna see you coming to ask for a job again when those R20 Ubers are not working.â€ I just said â€œOh, okay,â€ – and not long after, others from the company also left to join Uber.

Maybe if some drivers arenâ€™t making money, theyâ€™re just lazy. Then itâ€™s easy to complain. But you can choose your hours and everything for yourself. And that, I think, is the problem with the people that complain: they donâ€™t want to take responsibility. With myself, I always look at whether something is beneficial before I do it. I wouldnâ€™t do it if it was just to survive. But I have done so many things in my life with Uber. I have been part of it for almost 16 months now, and I love it. I managed to build my house and now I feel like I am doing so well.

If they were saying â€œUber must put their prices upâ€, then whatâ€™s the point? If I have got my own business, no one would come and tell me to put my rates up because I was killing their business. You have to do what you must to change your income if you arenâ€™t happy – donâ€™t tell me how to change! When they say â€œAg, Uber is cheapâ€ – itâ€™s not cheap. But itâ€™s reasonable and gives people a chance to use it more. If people are drunk, do you think they want to pay R200 to go maybe a 5km distance? How much can a person spend on transport? So that is what theyâ€™re doing now – theyâ€™re saying â€œLetâ€™s reduce the pricesâ€ so people can just say â€œLetâ€™s use it!â€ without a second thought. People they complain, but when they say it to me, I just think some people will never stop complaining.

*Name has been changed
As told to Aaisha Dadi Patel