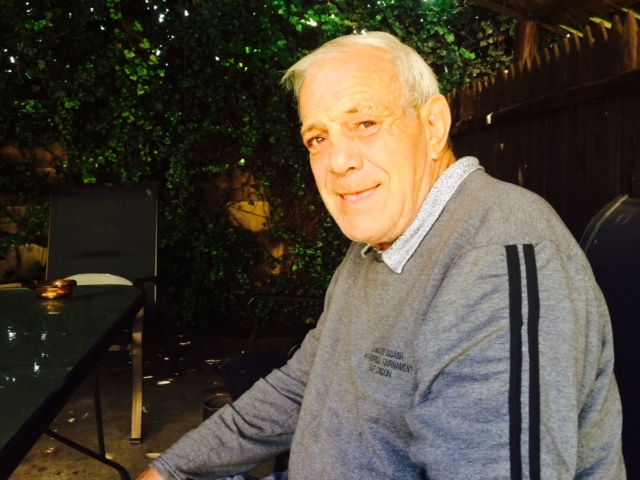 The Emmarentia Eventide home is a Salvation Army home for elderly people in the Johannesburg suburb of Emmarentia. AAISHA DADI PATEL went to speak to residents to find out whether they’ll be voting in the upcoming elections. “I voted in 1994. And I was hoping everything would come right, and I was thinking will there be corruption and crime and illegal immigrants? And sadly there’s all these things today.

â€œI heard about that house for Zuma that he doesn’t want to pay back for and really, what a waste that is. I just think of how much money like that could help us older people.” “What Mr Mandela did and what our government has turned this into now… It’s embarrassing, disgustingly embarrassing. Truly. I mean the rest of the world looked up to this country for peaceful change but underneath it all everyone is getting their pockets full. If you talk to a lot of the black people now and ask them if they’re happier now or if they were happier in the apartheid days they’ll tell you the apartheid days. Truly.
“I am hopeful, but there’s got to be such a big change. The state of our country at the moment is nothing to be proud of. I’m going to vote for the DA. I haven’t voted in 30 years, but I registered and I’ll vote this year. ” “We’ve just watched the country go steadily downhill with a bunch of buffoons who’re buggering it up. And now this latest idiot… the guy’s just a profound liar. He lied to parliament, he lied about that rape charge, and now this latest Nkandla thing… he’s a piece of trash, and he’s got all his buddies around him protecting him. They’re all just ripping the country apart. They’re pigs… they’re greedy.

“We talk about the National Party government being atrocious, but this bunch make them look like amateurs. I’ll be voting DA.” â€œWell I got an SMS on my phone the other day… ‘for a taxpayer in South Africa today to vote ANC is like a chicken promoting Kentucky Fried Chicken.’

“I’m definitely going to be voting, and I’m voting DA. They’re the strongest opposition. I mean look at Cape Town. As soon as Helen Zille stepped in the change was noticeable within months. The Western Cape is very well-run, there’s no doubt about it. You come up here to potholed roads and non-delivery of service. So I’ll vote for a party that has shown they can keep promises.” “This ANC is not the ANC that Mandela started. This is a whole deurmekaar story. They are pitting the one against the other. I’m not going to vote. I voted in 1994 for Helen Zille.
“There are so many things happening but you don’t know who you must believe. They make so many promises but they never keep them and now it’s election time they start dragging people, giving food parcels but if the election is finished, no more food parcels. There are thousands of very poor people in South Africa and I don’t agree with that. Really, it’s not nice to do this.

“We can’t afford anything. This pension is very small. We get a very small pension, we must pay for our boarding and then when we buy something at the shop we must pay the same as others and we can’t afford it. “If it wasn’t for this place I don’t know what we would have done. This is the only place that’s reasonable.” “I voted for Eugene Terrenblanche in 1994. And I’ll be voting Zille in this election.

“How many poor people are there? They showed on TV the kids… shame, they’re so thin. But what can we do? As individuals, we can’t do anything because we don’t have the money for it. If I was very stinking rich I could say I could give some to help but we really don’t have the money. “Everyday I just thank God for this place because it has helped us so much more than the government could.”