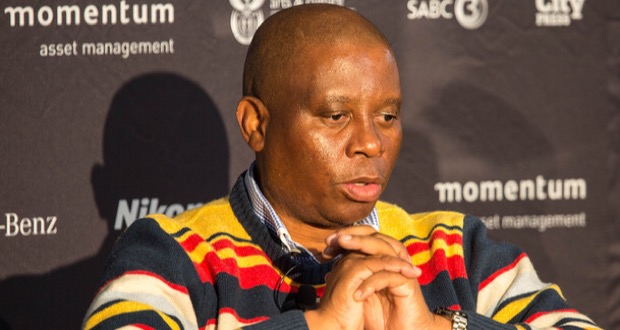 This past week, the City of Johannesburg executive mayor Herman Mashaba was in Kigali, Rwanda to attend a panel at the Mo Ibrahim Foundation’s governance conference. During the panel discussion, Ethiopia-based Kenyan researcher, Michelle Mendi Muita from the Institute for Peace and Security Studies, asked Mashaba “Is there a disconnect between genuine local sentiments (a fear of being overwhelmed by illegal immigrants) and aspirations for free travel and trade in Africa?”

She noted that South Africa has not yet signed the Africa Free Trade Agreement and also spoke about a former Ghanaian president saying that Ghana has not a huge influx of Africans since it abandoned its visa requirements and this has made travel to the country relatively hassle-free. However Mashaba seemed to have mistaken the comment and instead launched into a response which included many xenophobic comments.

Forgetting that he was speaking to a continental audience, Mashaba went on to say: “We’ve got the most porous borders in the world.” He also said: “Because of our open, porous borders, criminal syndicates are coming into our country to destroy our communities.”

Many of attendees of the conference were shocked at Mashaba’s comments, saying that was not something they expected to hear from the mouth of an African brother.

A fellow South African who was at the discussion, the CEO of the Africa Peer Review Mechanism, Eddy Maloka said Mashaba should have used the platform to clarify and clear misconceptions around South Africa’s position on migrants.

“But the mayor did exactly the opposite spitting fire, speaking Trump, against criminals, against illegals, against the undesirables from across our borders, who cause trouble to our beautiful country. Through his choice of words, he was armed to [the] teeth, with the necklace and panga. He was a warrior on a warpath on the streets of Johannesburg, fighting for a cause known only to himself.”

Maloka said South Africans should educate each other not only to see immigration primarily as a safety and security issue, but as a pan-African dream of a united and integrated Africa, and a “vehicle to be harnessed for development”.

Mashaba’s latest comments came on the back of many such comments making them very unsurprising. Even since he took over as a mayor of the City of Johannesburg, Mashaba has been espousing these xenophobic rhetorics. From his “war” on illegal housing in the inner city, which he says houses drug dens and all sorts of nefarious dealings, Mashaba’s stance on immigrants, albeit very problematic, has always been clear so really it should not come as a surprise.

Just last month, Mashaba blamed civil society for a fire in the inner city, saying it was due to their hindrances to his attempts to fight illegal immigrants that had caused the deaths.

That doesn’t detract from the fact that his comments are really problematic. South Africa has a huge xenophobia problem and while there is a tendency at times to relegate the xenophobic attacks to happening in certain lower economic areas, this is not the case. Xenophobia in South Africa is extremely pervasive and begins at the upper echelons of government and these attitudes filter down to all levels of South African society.

Mashaba is no doubt very guilty of this but the practice of xenophobia in the government has always been around. It is visible in the Home Affairs Ministry with its ill-treatments of people from other African countries coming into South Africa, and the way the ministry treats them at the borders. As The Daily Maverick notes Mashaba’s thinking might be politically incorrect, but it is not out of line with the national government’s policy around the issue.

This year marks the centenary of Nelson Mandela and there have been conversations around Mandela’s legacy and whether that includes pan-Africanism and its values. While much can be said about whether Mandela was a pan-Africanist or not, the fact remains that in 2018 South Africa, our leaders in government are very far from inculcating those values into their speeches and policies.

President Ramaphosa has been delaying in the signing of the Africa Free Trade Agreement which includes opening up borders for easier trade and travel. According to him, this is because the agreement still needs to be processed by the government and agreed to in Parliament. However, how will South Africa even be a part of an agreement like this and agree to open up borders when there still exist the xenophobic attitudes from leaders and people on the ground?

South Africa, from its leaders to its society needs, to take a deep look at the attitudes especially as the rest of the continent moves towards greater integration and freer borders.