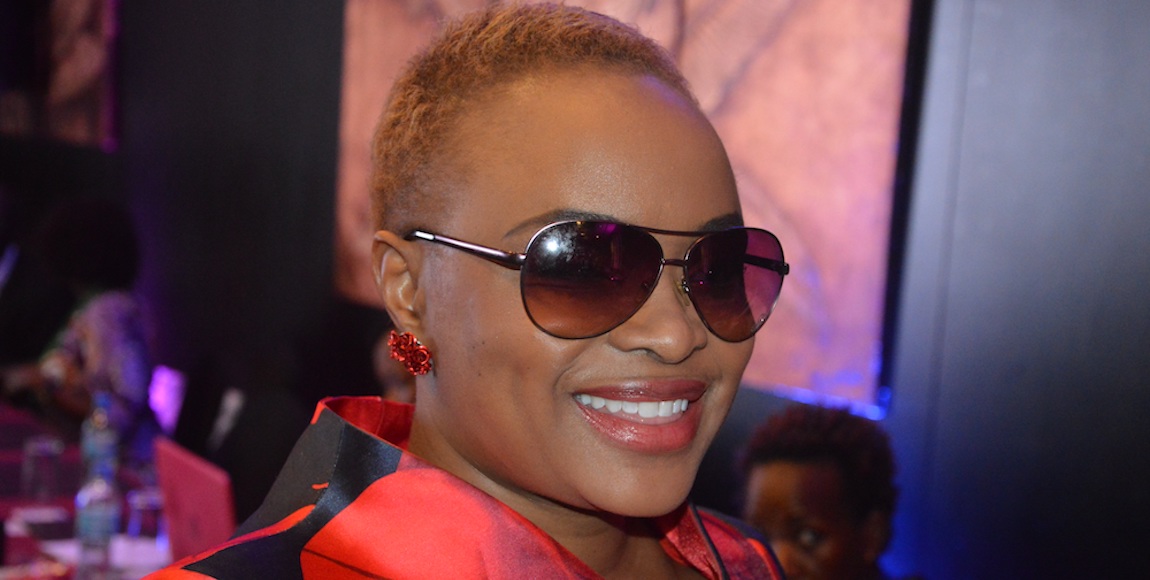 She is a wealthy woman, born and raised in affluence. Her life and upbringing is markedly different from that of most women in Africa, who struggle every day to earn a living. But when it comes to gender-based violence, Josina Machel â€“ daughter of late former Mozambican President Samora Machel and Graca Machel â€“ has a common experience with many women on the continent. She spoke to Suzgo Chitete about the abuse she endured.

It was her motherâ€™s 70th birthday in 2015 and Josina was in a celebratory mood. But what was meant to be a day of celebration has become a moment of poignant recollection. It was when Josina experienced violence at the hands of her boyfriend.

â€œThis is a man I thought loved me. But on this day, he punched me for no good reason. I was so shocked that I did what everybody does when something happens to them,â€ said Josina Machel on the podium at the Women Advancing Africa Forum 2017 in the Tanzanian capital Dar es Salaam.

â€œYou donâ€™t turn towards your aggressor, you protect yourself and your face. But I actually turned towards him and I asked, â€˜What?â€™. That is how I got the second jab which ruptured the [right] eye almost immediately. I felt the third one coming and thatâ€™s when I ran out of the car, ran away from him.

After several medical attempts I have failed to restore my sight. One of my eyes is permanently blind,â€ she says.

At this point she slides off her tinted glasses, letting the 300-strong audience, most of them women, see for themselves what happened to her eye. Some in the jam-packed room started to cry, including her mother GraÃ§a who was sitting in front row. As Machel left the podium, emotional hugs and handshakes followed.

â€œGender-based violence affects everyone, especially women â€“ regardless who they are. My only crime was when I asked my lover that I wanted to spend a night at our home for my motherâ€™s birthday. He disapproved of the idea and the next thing was insulting me before his punches,â€ Machel told The Daily Vox.

Some people wanted her to remain quiet and not name her attacker, fearing that doing so would tarnish the familyâ€™s image.

â€œEven when we reported to the police, justice did not easily come. My files went missing and there was no evidence that I was assaulted and was in hospital. When I decided to go public, the reaction was, â€˜Why is she talking about this, this is an issue which has to be sorted out between familiesâ€™,â€ she recalls.

The Machel family still has political clout in Mozambique, and GraÃ§a Machel is an influential figure on the continent through her activism and the GraÃ§a Machel Trust. The familyâ€™s proximity to power raises the questions: why would one of its members struggle to access justice, and what is the explanation behind the missing files?

Machel says, â€œI believe that this happened to me and my family in order for us to be aware of what happens to millions of women. If this had not happened to me – evidence disappearing – I would not have known how serious gender-based violence is. This was a call to join the fight, so all women regardless of status need to work together to eliminate gender-based violenceâ€.

The man who assaulted her, Rofino Licuco, is a wealthy Maputo businessman who was her boyfriend between 2012 and 2015. He was sentenced to three years and four monthsâ€™ imprisonment in 2016 which was later changed to a five-year suspended sentence because Licuco was a first-time offender.

â€œIn affluent and famous families GBV [gender-based violence] is relatively 50-50. However, because of the nature of housing estates and the fact that affluent communities do not communicate with the immediate neighbours, as is the case in high density locations where low income households live, cases of GBV oftentimes remain unreported because they want to protect their reputation as having healthy relationships,â€ says Chisi.

Inspector Wells Munthali, an officer working at Kanengo Victim Support Unit in the Malawian capital Lilongwe agrees that the elite are unlikely to report their issues to police.

â€œIt is very unlikely for this group of people to report cases. Even serious cases of assault are kept under the carpet, not just from the police and neighbours but even their closest family members. I guess the issue of class and embarrassment is attached to non-reporting. They think reporting would downgrade their status and the respect they command in society,â€ said Munthali.

According to a 2013 United Nations report, African countries have the highest levels of gender-based violence in the world, with 45.6% of African women experiencing physical or sexual violence, compared with 35% percent globally.

In December 2015, Machel launched the Kuhluka Movement, an advocacy organisation that aims to help survivors of gender-based violence with counselling, shelter and legal help.

â€œOur governments and ministries of women should have allocations and budgets to support women in abusive relationships and ensure that these women have a safe place to go, that they receive the right support and, when experiencing abuse, can turn to a safe place where they can heal, pick themselves up and begin to move on again,â€ she writes in a blog on the campaignâ€™s website.