Home #ShutdownSA #JulyUnrest: Reaching the “end of the rainbow” but with no pot of...
WhatsApp
Facebook
Twitter
Email
Print 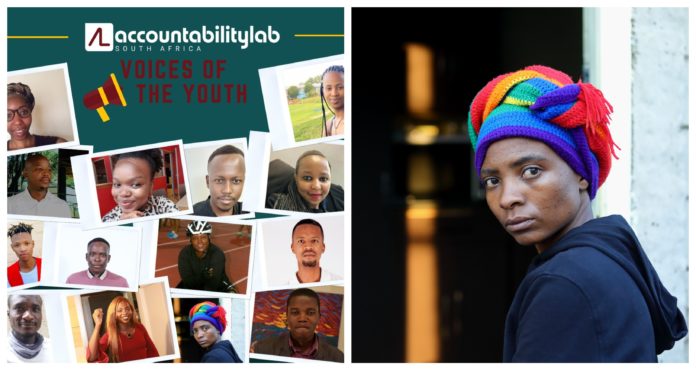 For all of the times South Africa has been called a “Rainbow Nation,” we have only been  chasing rainbows. The recent riots of July 2021 might even indicate that South Africa has reached the “end of the rainbow” but with no pot of gold in sight. Equality remains elusive and this land has never known true reconciliation, writes Lerato Dumse (she/her) from Du Love Media.

While the Independent Electoral Commission ensures that our vote is our secret, one thing that’s not a secret is the growing frustration among black South Africans – young people in particular. We are lamenting the absence of a trusted political party with a convincing election manifesto which prioritizes its voters’ lives and shows a convincing program of action for rooting out inequality on the basis of economic position, race, gender and sexuality.

The widespread looting that formed part of last month’s unrest left me conflicted as it probably did many other South Africans. The initial level 5 lockdown and subsequent adjustments forced us to stay at home under different conditions, but with the majority of the population marginalised. Large families had to figure out sleeping arrangements because more people are home instead of working night shifts or being at their live-in work as well as those forced to return home due to being evicted for being unable to continue paying rent. Couches, chairs, fridges and stoves were used even during the hours when we are ordinarily at work and school so they depreciated faster than they would have otherwise. And no income means it’s harder to replace these items.

Seeing people carrying out those looted items wasn’t a surprise. South Africa is no stranger to looting. We have seen it accompany community marches and service delivery strikes. The difference, of course, is that this time there were more available participants at home. Additionally, those who are marginalised have felt the financial impact caused by lockdowns so they sympathised with people who were looting and found ways to justify it. Our reality is that poverty influences the choices people make – and the looting and unrest that happened was no exception.

My battle is based on the fact that not everyone looted; some people who are still in a much better economic position looted while others among those with far less resisted the free shopping spree. It makes me wonder if we should not look at looting as also being influenced by personal character and choice, just like we can live in the same poverty stricken home but not all of us turn to crime. Having said that, the unrest provided us a front row seat to watch the ticking time bomb that is South Africa and if sincere structural changes are not implemented to build a more equal society, then we will only have ourselves to blame when the country blows up in our faces.

Inequality is replicated and implemented throughout different sectors of South Africa and even class privilege doesn’t protect against South Africa’s brand of inequality. Black cricket players have registered systemic racism in South African cricket which is being ventilated in an inquiry by the national cricketing federation Cricket South Africa. As far back as 2015, Black cricketers have complained that  “outspoken characters in our national team are sidelined. Black voices are being suppressed … Our humanity is undervalued, underappreciated and completely disregarded.” I was dismayed to read about Lonwabo Tsotsobe, who played five Tests, 61 ODIs and 23 Twenty20 international matches for the Proteas, and alleged that the reason given for his mother being refused entry at a presidential-suite during one of his games was that “the suite was full with white families”.

To experience a black-led government, continuing with an “it’s better than nothing” approach with the R350 Social Relief of Distress grant, screams that the government of the day condones and is comfortable with reinforcing economic stereotypes about black people being able to survive on the bare minimum. Well, in this case they didn’t even meet the food poverty line minimum, currently at R585. A report compiled by Black Sash looking into the implementation and impact of the Covid-19 SRD Grant further highlights the lack of consideration and thoughtfulness in the design and implementation of the grant.

The report stated: “many people, particularly the elderly and those in rural areas, did not have access to mobile phones, airtime and data to apply for their grants online. The inequity between rural and urban areas has been a longstanding problem inherited from colonialism and apartheid.” An oversight of this nature is not something one should accept from their government and as South African youth we demand more accountability from those tasked with taking care of people.

There is a real feeling of having our backs against the wall when it comes to political options. The current government doesn’t seem to have any plans of dignifying Black lives. Its silence and lack of strong action against the vigilante groups who massacred innocent black civilians in KwaZulu-Natal during the unrest is further proof of this. As voters we should keep reminding ourselves that there is a long list of lesser known parties, some of which have their own problems and inequalities. However, at this stage it seems like exploring one of the smaller and less known political parties might be the only option we are left with when it’s time to go to the polls.

A family meeting: a seat at the all black table