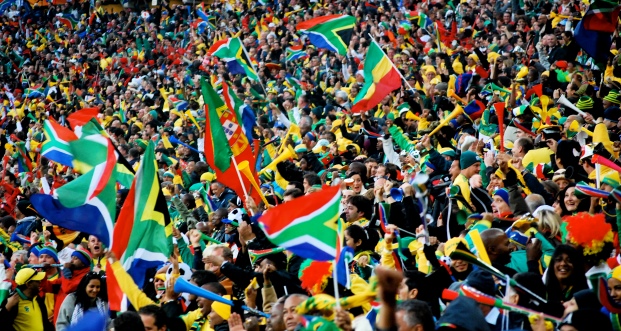 The middle of the year is here and it could be a make or break period for South African sport. The Proteas, Bafana Bafana and the Springboks all have crucial matches in the next few months that could see them go into a deeper slump or hopefully turn the proverbial corner. ALICIA PILLAY-WAGIET explains why.

First up, the Proteas get their tri-series against hosts West Indies underway on Friday evening, where they’ll also come up against familiar foes Australia. The South African cricket team is desperately trying to get back to the lofty heights of being the best ranked test team, and one of the top T20 and ODI sides in recent years.

Since the retirement of players like Graeme Smith and prolific all-rounder Jacques Kallis, the team hasn’t been able to continue their dominance. AB de Villiers is the only current player to top any ICC ranking. He is the best ODI batsman, while Hashim Amla occupies third spot.

Since the arrival of Russell Domingo as head coach in 2013, the team hasn’t seen much success which puts even more emphasis on doing well during the Caribbean series.

The drop in team and player rankings surely is an indication that he isn’t getting the best out of them.

With the downward spiral of the team, surely this means Domingo is on the path to being fired. In my opinion, if he doesn’t bring results it has to end. Top coaches like the Lions’ Geoff Toyana and Cobras coach Paul Adams both have proved their worth at domestic level, winning numerous trophies and could be the breath of fresh air the team needs.

Moving onto rugby, Allister Coetzee is the only national team coach who isn’t in danger of getting fired. But thatâ€™s mostly because heâ€™s just been appointed to the position. However he faces his own challenges.

One of the most talked-about reasons surrounding Coetzee’s appointment was his success on the transformation front in the sport during his tenure at the Stormers Super Rugby franchise. He named 13 players of colour in his 31-man squad that will play Ireland.

The June tests are the beginning of a period leading up to the 2019 Rugby in Japan, by when SASCOC wants a 50% player of colour representation at that tournament.

Coetzee may not be at risk of losing his job, but he must remain aware of the challenges that lie in wait. Hopefully he doesn’t stumble at the transformation hurdle like his predecessors have done, or else he’ll face the wrath of the South African public.

All we can say to Toetie is good luck! Don’t let us down.

The same cannot be said for Shakes Mashaba. Bafana have their last realistic chance of keeping any hope of qualifying for AFCON 2017 alive. The team travel to face Gambia on Saturday, 5 June, and nothing less than a win will be good enough.

The overly confident Mashaba seems unfazed by the teamâ€™s precarious position. As he feels Gambia who are even more desperate than South to win, will play a more open game which suits Bafana’s attacking style. Which is why he thinks they can keep themselves in the running for progression to the tournament.

This seems all too familiar as the national team have been in this situation more often than not. Peering into my crystal ball, I don’t see Bafana making it there.

SAFA should begin the process of headhunting another coach. No surprise Gavin Hunt seems to be the front if media reports are to be believed.

I certainly hope Shakes and the team prove me wrong.

Alicia Pillay-Wagiet is a multimedia journalist, with experience in broadcast, online and social media, specialising in sports reporting. She loves allÂ sport, but is especially passionate about soccer, rugby and golf.