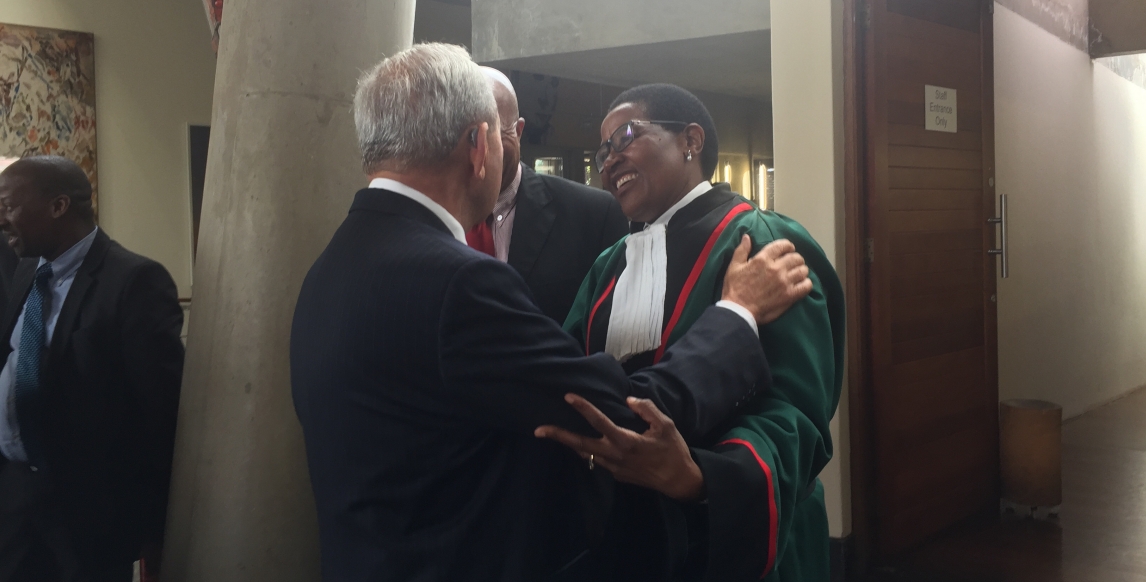 Justice Bess Nkabinde retired from the Constitutional Court on Thursday after serving 12 years at the court.

On her final day, Nkabinde handed down her final judgment on a labour matter where she found Section 38(2)(b)(i) of the Public Service Act unconstitutional.

She was appointed to the Constitutional Court in 2006 and has since worked on several cases, among which some dealt with labour and gender rights.

A special sitting of the Constitutional Court was held in honour of Nkabinde where several members of the law fraternity gave speeches in tribute of the justice.

In her address, Nkabinde said she wanted to practise so she could be a voice for those who could not defend themselves by using the rights of people which our democracy was founded on.

She said: â€œDuring the early years of its existence, this court said that equality â€¦ defines the very ethos upon with the constitution is premisedâ€¦ equality not only as a value but also as a right continues to be an emulating issue. Its centrality and longevity and core value remains somewhat elusive, this is so because the implementation of our constitutional commitment to participate in the economical and social fabric of our society is a constant challenge. We have to ask ourselves what do these foundational values mean to the ordinary people in our society?â€

She commented on the lack of equality in the country saying, â€œSouth Africa has the greatest national resources and yet many of our people live in abject poverty and remain unemployed.â€

Former justices of the court Yvonne Mokgoro and Albie Sachs we also present to bid farewell to Nkabinde.

Speaking to The Daily Vox, National Council of Provinces chairperson Thandi Modise said she was there to represent the ordinary people of the country through parliament so say thank you to Nkabinde. â€œShe has served with distinction, sheâ€™s a woman of very strong character, she stands by what she believes in and we are happy she is retiring without leaving us without any goals as South African women,â€ she said.

Modise said most of Nkabindeâ€™s judgments relate to children, gender issues, women specific issues and workers. â€œAs women South Africans we must continually grow more Bess Nkabindes, grow more of her make sure that while she is alive, we gain and draw her back into helping us to make sure justice really serves all in South Africa but democracy reigns,â€ she said.