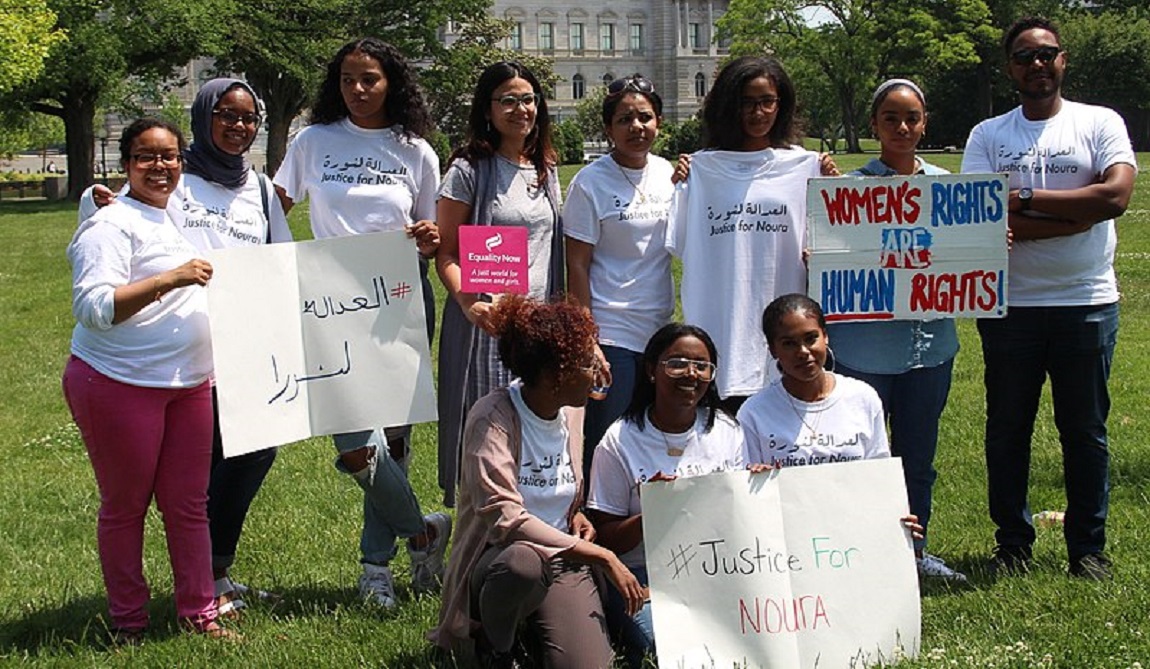 “We reject the verdict given to Noura Hussein for the reason that in our view Noura should not be treated as a criminal but as a survivor,” the Centre for the Study of Violence and Reconciliation’s (CSVR) gender specialist Nonhlanhla Sibanda-Moyo said in an interview with The Daily Vox. CSVR has joined the international community in the condemnation of the verdict given to Sudanese teenager Noura Hussein who is to be hanged for killing her husband who raped her. It also rejects forced marriage and violence against women and girls.

Who is Noura Hussein?

Noura Hussein is a 19-year-old woman who was forced into a marriage at the age of 16. Her father and the husband signed the marriage contract in the first part of the marriage ceremony when she was 16 and in April 2017, after Hussein finished high school, she was forced to move into her husband’s home.

She refused to consummate the marriage so he got his two brothers and a male cousin to pin her down. This was the first time he raped her. When he tried to rape her again the next morning, she managed to grab a knife from the kitchen and stab him to death. When Hussein went straight to her family to explain what had happened, her father turned her into the police and her family disowned her.

The court accused Hussein of premeditated murder, despite that she was defending herself from being raped by a man she was forced to marry. Her lawyers said the court gave them until May 25 2017 to appeal. Earlier this month, Hussein was handed the death sentence after being held in the Omdurman Women’s Prison since May 2017.

Hussein’s case has become widely known in Sudan – and the world – as it highlights issues of forced marriage, marriage of minors, and marital rape in the African continent and the Middle East.

Forced marriage and violence against women and girls in Africa

Hussein’s case is not isolated. Forced marriage and child marriages are common throughout the African continent. A report called Ending child marriage in Africa by Girls Not Brides shows that Africa is home to 15 of the 20 countries with the highest rates of child marriage in the world. Around the world, 720 million women alive today were married before their 18th birthday.

“Child marriage and forced marriage affects most African countries, especially those in the South African Development Community region,” Sibanda-Moyo said. This is because of the cultural and traditional practices that permit what she calls a “violation of the rights of women and girls”. Hussein’s case needs to be looked at in light of the context of her circumstances: that she suffered child marriage, forced marriage, and marital rape, Sibanda-Moyo added.

CSVR’s research on international cases of women who have been given clemency for killings related to domestic violence shows that these killings must be examined in reference to the historical context of gender-based violence in each case. The organisation calls for the reform of legal defences and sentencing guidelines.

“Hussein should not be treated as a criminal. She is a victim and ought to be treated as such. What she needs at this point are support services to help her deal with the trauma of the experiences she has gone through,” Sibanda-Moyo said in a statement.

Memory Banda On The Struggle Of The Girl Child In Malawi

CSVR is a non-governmental organisation that works in the study and prevention of violence. The CSVR will be supporting #JusticeForNoura across its platforms. It is calling for Hussein’s death sentence ruling to be overturned, all the criminal charges against Hussein to be dropped, and for the Sudanese government to review ‘penal codes’ on rape and to implement laws to prevent violence against its women and children.

The CSVR also appeals to the AU to use its influence on the Sudanese government regarding the various commitments to women’s rights, safety, and security by African governments, including the African Charter. This year marks the 15th Anniversary of the AU’s Maputo Protocol which guarantees the rights and equality of women on the continent, and complements the global women, peace and security agenda. CSVR is urging the Sudanese government – which has already signed the instrument – to ratify it as a matter of urgency.

“We need to take note of and consider the trauma of being exposed to such gruesome abuse. Our past research shows that many times when victims act, it is when society has long ignored their pain and suffering. Society tends to only respond post the killing,” said CSVR executive director Nomfundo Mogapi to The Daily Vox.

United Nations groups and Amnesty International, as well as various people and parties globally, have called for the Sudanese government to grant clemency in Hussein’s case.