After K-pop’s dramatic successes in 2018, we are giddy with excitement for what 2019 has in store for the industry. With all of the comebacks, new group debuts and world tours SHAAZIA EBRAHIM and FATIMA MOOSA, The Daily Vox’s resident K-pop stans, compiled what they’re anticipating most from K-pop 2019.

Riding the wave of the fantastic year BTS had in 2018, 2019 is surely only going to bring more of the same for the group. We honestly don’t know if we and other ARMYs are even ready for what BTS are going to giving fans this year. Completing the Love Yourself series last year with the Love Yourself Tear album, this year’s comeback is going to be something completely different but definitely amazing. With their last comeback for 2018, BTS went back to their roots with the traditional Korean vibes in Idol. We can surely expect even better for 2019. The group will be continuing their Love Yourself World Tour. We live in perpetual hope that they will be adding South Africa to the tour list. For now we’ll just have to be content watching the new BTS concert movie out on January 26.

The significance of MAY 2:

We’re living for all of the comebacks generally

There is never a dull moment in K-pop. Several idols and groups come back every month and it’s all terribly exciting. If we have to think about which comebacks we are most invested in we have to count ASTRO and SEVENTEEN among them. Both are promising January comebacks and with the end of the holidays, that’s proof that there’s always light at the end of the tunnel. ASTRO hasn’t released music in 14 months and will release their new album ‘All Light’ on January 16.

After releasing each of the member’s concept films and the highlight medley of the album, we can’t wait to be swept away to greenhouses and orchards and flower fields with ASTRO’s soft pastel aesthetics. It’s all light y’all.

After SEVENTEEN pre-revealed their track ‘Getting Closer’ and performed it at the 2018 Mnet Asian Music Awards (MAMA), we are basically counting the days to January 21.Our soft boys showed a more edgy image in the performance and we can’t wait to see how this translates to the new album.

Other comebacks that look lit are ZICO’s, LOONA’s, and GOT7’s Japanese album.

Brace yourselves, BLACKPINK will be at Coachella

When the Coachella lineup was released, we actually screamed! Our girls are performing alongside the likes of Jaden Smith, Khalid, Ariana Grande and Solange at one of the most anticipated music festivals of the year. We have no doubt the performance is going to be stellar and while we won’t be living it up in Cali, we will most certainly be watching eagerly from behind our screens.

YG Treasure Box is giving us a new boy group

Korean entertainment agency YG Entertainment loves a good old survival show – and with the agency’s latest one the YG Treasure Box they are on the search for their next boy group . The trainees have to go through intense training before the final lineup from the 29 trainees will debut in 2019. Viewers get to vote on the which of the trainees they think should debut. YG’s previous groups that have formed from the company’s unique training system include BIGBANG, WINNER AND iKON. Just looking at the previous groups had us very stoked for the group who will debut as TREASURE 7. We can’t wait for the music from the group!

BigHit, BTS parent company, started off 2019 by teasing their new boy group that will be debuting later this year. In 2018, the agency revealed that they would be debuting a new group much to the excitement of many K-pop fans. We were obviously excited because this is the first group from BigHit after our ultimate favs, BTS. On January 11, the name of the group, TXT, and its first member, Yeonjun, was revealed. We can’t wait to see whether BigHit will be able to replicate the success of BTS and establish themselves as one of the top four South Korean entertainment agencies with their new group. (We know they won’t fail us though).

All of the EXO activities

EXO might have had two comebacks at the end of 2018 but fans are already anticipating their upcoming activities. EXO Ladder Travel the World Season 2 – the group’s reality show – will be releasing at the end of January. A new sub-unit is also reportedly on the way for the group with rapper Chanyeol the only confirmed member of the group. With the oldest member of the group Xiumin set to enlist for mandatory Korean army enlistment in 2019, the group is expected to do a lot more solo activities. EXO Planet #5 – the group’s world tour – is set to be announced very soon by their entertainment agency SM Entertainment and, as it will be the last time the group will be touring together before enlistment, we know it is going to give us all the feels.

We were heartbroken when one of the hottest groups in the industry Wanna One ended their contract on December 31 2018. During the one year of promotions, the group achieved many successes in Korea and around the world. While we are still very sad that the group will no longer be promoting as an 11-member group, we cannot be more excited to see all the things the members achieve on their own. From solo singing careers to new groups and acting debuts, the former Wanna One members are already out there to make 2019 their year. We are also looking forward to the final few concerts that the group will be having at the end of January.

Yet another beautiful thing about January is NCT’s latest sub-unit called WayV. The difference is that this is the group’s Chinese sub-unit and will promote both in and outside of China through Label V, the Chinese agency with whom SM is partnered. Existing members Kun, WinWin, Ten and Lucas will be joined by SM Rookies Xiao Jun, YangYang and Hendery. Judging by the success of existing NCT sub-units NCT U, NCT Dream, NCT 127 and all of the social media content we know WayV is going to fast become one of our favs.

BLACKPINK’s agency YG Entertainment confirmed in October last year that each of the four members will release solo debut. Jennie released her single SOLO in November, which was a bop and an aesthetic as expected. YG CEO Yang Hyun Suk said in an Instagram post  that Jennie’s solo will be followed by Ros’s. He didn’t necessarily release any more dates so it’s all very mysterious. We just know that 2019 will be packed with some very pleasant surprises and we can’t wait.

All of the world tours

Many of our favs will be travelling the globe to give international fans a chance to watch them perform live. Red Velvet will take their RedMare world tour to the United States with five dates as their first Stateside live trek starting in February. BLACKPINK’s In Your Area 2019 world tour will head to North America, Europe, and Australia. Stray Kids will kick off their Unveil Tour ‘I am’ in Indonesia and Thailand this year too. Hopefully they’ll release more tour dates as well.

Can any of these K-pop groups recognise South Africa just once and bring us some talent?

What are you most excited about K-pop 2019? Tweet us @thedailyvox 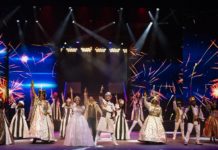 The panto is back and better than ever 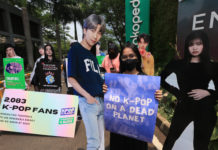 In Conversation with Kpop4Planet on Kpop and Climate Change 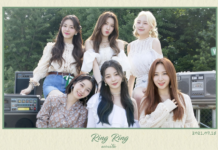