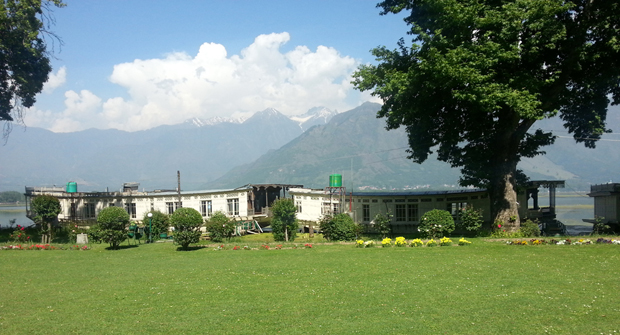 The Buttâ€™s Clermont fleet of houseboats on the waters of Dal Lake in Indian-administered Kashmir is an important part of history from the 1940s when India was under British rule. MANZOOR AHMAD BUTT, their owner since 1972, tells Rifat Mohidin the story of these boats â€“ from their heyday in the 1970s and â€™80s to their current dwindling fortunes.Â

We have a fleet of eight houseboats that were originally owned by a British gentleman, R Foster, in the 1940s before the independence of India. Then they were handed over to my grandfather, GM Butt, a handicraft dealer who was Fosterâ€™s friend in Kashmir.

Many people ask me about the reason for name of these boats â€“ Clermont was the native place of Foster, who was a ship owner in England. Foster had to leave India in 1946. He handed over these boats to my grandfather officially for his honest dealings. He even he told him: â€œIf you wonâ€™t take them I will burn them, but canâ€™t hand over them to others.â€

This place was also used by top local politicians like Sheikh AbdullahÂ â€“Â the prime minister of Jammu and Kashmir in â€™70s â€“ to meet ambassadors of different countries for negotiations between India and Pakistan. I even donâ€™t remember some names of the famous people who have stayed here: the list is long and we have filled 17 guest books with messages of gratitude from the visitors.

Life was good in Kashmir till the early â€™80s, but after the conflict started here everything changed: foreigners stopped coming and it gave a total setback to this industry. During the peak conflict times we hosted only foreign correspondents who would come here to cover the Kargil war between India and Pakistan.

The time was difficult: till 2003 tourists hardly visited Kashmir, but as the situation improved many people again started coming. Some people were so attracted to this place that one of our guests from Australia used to come here from a long time ago. The last time she visited here, she wrote her 33rd entry into the guestbook.

Such is the love of people for this place, which is listed among the top 10 romantic places in India. People love this place, due to its location and natural beauty. But unfortunately our business is totally dependent on the political scenario of Kashmir. A slight disturbance stops tourists from coming here. Our motive, from the time of my grandfather has been to be hospitable to our guests from all over the world. That is our top priority â€“ money is least important. We charge rates fixed by government, which are 7,400 rupees (about R1,500) for a double room for one night and 5,400 rupees for single room, including meals. We ensure to serve our guests in the best possible way, but I feel sad about the future of this industry.

The houseboats are not only the tourist places: they have historical importance in Kashmir and depict the art and culture of this small valley. The houseboats are wood, carved from traditional Kashmiri walnut timber, and everything inside the boats, like the curtains, are Kashmiri handicrafts.Â But unfortunately, not much is being done to preserve them.

Recently the business wasÂ hit by floods: we couldnâ€™t host any tourists because our kitchen, which is located outside the houseboats on the lower lawn, was under water. The two cottages on the sides of the houseboats also got totally damaged by the rising waters.

Last year, the floods washed away one boat; we could do nothing because the court has orderedÂ that the houseboats that get damaged cannot be repaired. The government is not coming up with the scientific ways to preserve this heritage.

Before September last year we had bookings till November, but after the floods we had to cancel them: we could not host anyone. Now we have again tried to start and host people.

We have people working here in the houseboats who have almost been almost born here. Our cook, whom we call Lassa Kak, is 65 years old today and it was his ancestors who used to work here during British rule. We have 15 employees presently working here and most of them have been here for a long time.

The future of the houseboats is bleak; I think they will survive for 20 years â€“ not more. My father works here; I work here, but our children are settled outside in different countries. WhileÂ I am alive, I will be here and will give my best to carry on the legacy of my grandfather, but I am not sure what is destined for these pieces of history.