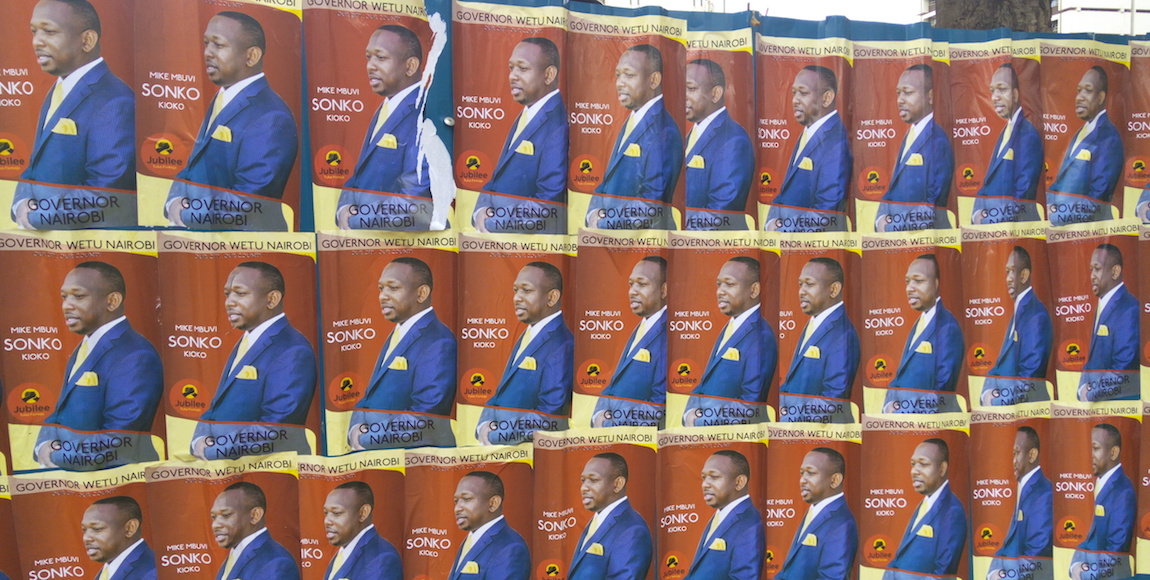 Kenyaâ€™s Independent Elections and Boundaries Commission (IEBC) has faced unprecedented hurdles over the past few months, causing concerns over its preparedness for Tuesdayâ€™s elections. Despite their assurances that theyâ€™re up to the task, the events of the past few weeks have not quelled concerns over possible vote rigging or post-election violence.

The alleged murder of Chris Msando, a technology officer for IEBC, last week revealed the rising fear and tension in the run-up to the countryâ€™s national election. Protests erupted in NairobiÂ from citizens demanding a quick inquiry into his death and answers on the safety of the Kenyan Integrated Elections Management System, to which Msando had the password. The incident has cast a pall over Tuesdayâ€™s elections.

Since the early this year, human rights organisations including the Kenya National Commission on Human Rights (KNCHR) and Human Rights Watch (HRW) have documented cases of intimidation of individuals and communities. KNHCRâ€™s report on violence during the party primaries highlighted political violence in the country, and recommended that government strengthen its intelligence-gathering to ensure that the August polls are free, fair, and credible.

HRW has also blogged about how communities are moving from different parts of the country, including Naivasha and Eldoret – two towns that were badly affected by post-election violence in 2007/2008 – over election violence fears.

While police have assured Kenyans that they have put in place systems to keep the public safe over the election period, their means of doing so have been lacking. One of the strategies theyâ€™ve adopted is to ban election-related protests in Kisumu, which was another hotspot for political violence in 2007/2008.

Kisumu county commissioner Mohammed Maalim said the move is aimed at protecting property from destruction. â€œWe have witnessed in the past that hooligans take advantage of peaceful demonstrations to cause havoc in the city; this is what we are avoiding,â€ he said. He assured that peaceful demonstrations would be allowed, provided they follow strict requirements including notifying the police of the intention to demonstrate.

Accusations of vote rigging
The opposition National Super Alliance (Nasa), lead by Raila Odinga, has accused government of planning to use police and the military to rig the elections. Kenya Defence Forces (KDF) spokesperson Joseph Owuoth added fuel to the flames by confirming the authenticity of the documents Odinga used to back his claims. Still, government dismissed them, calling them â€œrecklessâ€.

Despite the continuous to-and-fro between Nasa and Jubilee, the two main parties contesting the election, the IEBC maintains that it will ensure there is no rigging in the elections. IEBC chairperson Wafula Chebukati recently said the organisation had â€œinvested in the best security systems and involved top notch security professionals to curb cyber-attacks to our server, safeguard the systems from hacking and provide a parallel backup systemâ€.

But the situation has been aggravated by news the commission has printed extra ballot papers. This was widely seen as a means to rig the elections. Leading the protest against this move is Thirdway Alliance presidential candidate Ekuru Aukot, who asked the commission to destroy the extra ballot papers to give Kenyans the confidence that elections would be fair. But IEBC communications manager Andrew Limo has assured Kenyans that the extra papers were printed to cater for ballots that were spoilt before voting.

Despite the IEBCâ€™s assurances that the polls will be free and fair, the repeated concerns raised in a country with a history of election violence have spoiled the picture of calm painted by authorities.

The IEBC has many questions to answer and issues to address if it is to reassure Kenyans that they were fully prepared for these elections. In an election where there is a deep lack of trust between the electorate and the elections commission, the IEBC must learn from the past and strategise to ensure it can carry out its role effectively and efficiently.