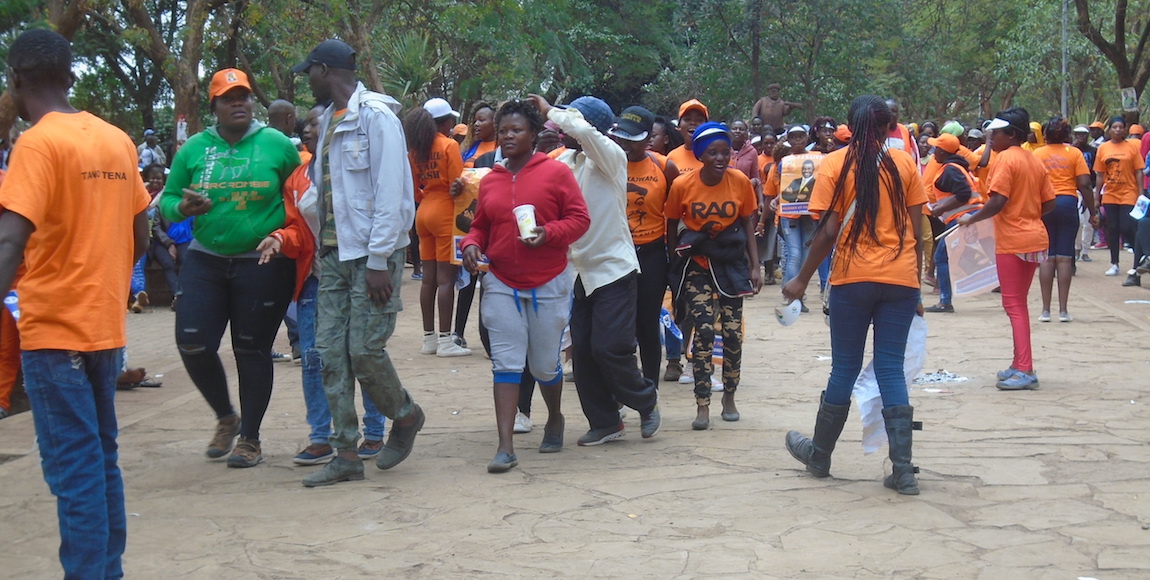 In a country in which half of registered voters are below 35 years old, not only do the youth have a role in choosing their leaders, they also have a responsibility to change the direction of the country.Â Kenya goes to the polls on Tuesday; here is what the youth expect as they cast their vote. Kasi Mumba, 27, lawyer, Nairobi
Kenyans seem more aware of the kind of governance we have been having and what they would like changed. I am going to vote. I feel it is a step towards changing not only political leadership, but also governance.

One of the main challenges is family members and older relatives or colleagues try to influence my decision to suit their preferences or ideals. They do not understand that my understanding of politics and my experience is totally different from theirs. Also, not being able to soberly discuss politics in this country with fellow young voters tends to water down the whole illusion that surrounds it.

I do not think the aspirants have any plans for the youth. The youth are pawns in a game that they do not understand or are not part of. We are mentioned only months before elections or when we are needed to turn up in huge numbers to a function. However, when it comes down to it, they neither consult, inform nor task us to speak up or represent ourselves in politics.

Kenyan youth face a number of challenges and participation in the electoral process is one of them. They are a major influence in the polls on Tuesday, as they are a majority in the country. A number of young aspirants have vied for office in bid to transform the political landscape, showing how the youth are leadership into their own hands. Abdulsamad Alawi, 30, Adminstration Manager, Nairobi
I will be voting because, it is my democratic right to vote for the political leader whose ideologies and politics resonate with me. I am happy to see quite a number of youth vying for political posts and we may have some surprises where a young person ousts a veteran. However, it has been a challenge to convince fellow youth that they shouldn’t accept handouts from politicians, or vote for someone just because they are from their tribe, or dislike another politician simply because he’s not from their tribe. On election day, I expect zero violence, losers to accept defeat gracefully. A united country. Country first, political affiliation second.

Tribalism has been a huge part of the Kenyan elections since the country gained independence in 1963. It was one of the major drivers of the 2007/2008 post election violence. It is also a major aspect of the elections on Tuesday, with authorities having already put in place measures to curb hate speech and incitement especially on social media and during campaigns. Joan Atieno, 27, IT analyst, Nairobi
This election period has been very heated. Campaigns started way ahead of the prescribed period and there has been propaganda messages spewed across the major political parties. The peace messages from the incumbent government going around with the help of notable media personalities, celebrities and social media influencers are more troubling than reassuring because it plays on one narrative, which is about accepting whatever result and moving on.

I am voting because I am tired of the lack of leadership that we have had for the past four years. Unemployment has been on the rise. There has been doctorsâ€™ strike that went on for 100 days before reaching any agreement with the government. There is an ongoing nurses’ strike that no one is addressing. In other democracies, this so close to an election, could have spelled doom for the parties needing re-election.

Different stakeholders -Â authorities, youth groups through the #ResponseAble hashtag, and international community, have taken up following the 2007/2008 post-election violence, the call for peace.
Other initiatives like the Never Again Campaign seeks to remind Kenyans what they lost during the post-election violence of 2007/08.