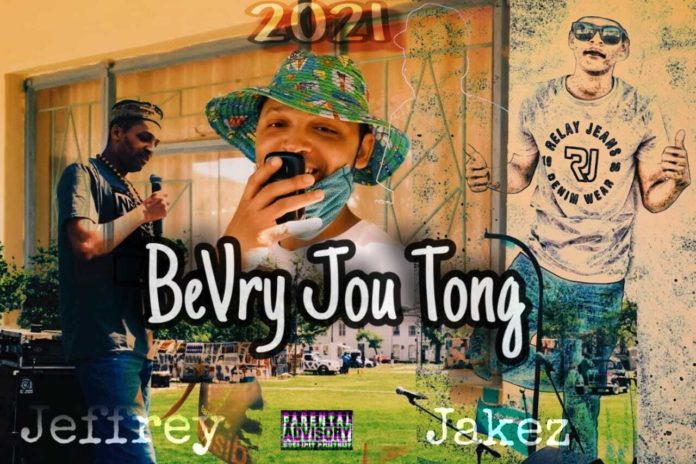 Jeffrey Oarasib has been elevating the preservation of the KhoiKhoi language through poetry, and rapping. He is a Khoi language reclamation artist and activist. The Daily Vox spoke to him recently about the state of KhoiKhoi in South Africa.

Oarasib advocates through many mediums such as music and poetry. Recently he made the shortlist for the Sounds like Poetry in Vrygrond competition. According to Oarasib, not enough is being done to elevate KhoiKhoi as a language. He said preserving and investing in the language would pay respect to ancestors who sacrificed their identities from colonial times.

“Not much is being done in terms of support from a government perspective. There seems to be an erasure of the people again,” Oarasib said. Chapter 65 of the South African constitution enshrines language rights.

“These languages are not prioritised. Our constitution may be the most progressive in the world but in practice it has shown the bare minimum,” said Oarasib.

Oarasib said the naming of buildings on university campuses of Khoi icons was misguided. He said they do nothing to create tangible awareness around indigenouss people. In 2018 the University of Cape Town renamed the Jameson Hall, Sarah Baartman Hall. Baartman was a Khoi woman who was kidnapped from her home and life in South Africa in the 19th century.  She is the symbol of colonial exploitation, racism, ridicule and commodification of indigenous people.

Stellenbosch University recently renamed the RW Wilcocks building, Krotoa. Krotoa was a Khoi woman, diplomat and interpreter. She was exploited  by the Dutch colonists and also died young.

Tracing The History Of Domestic Workers Through Literature

“It makes no sense to name buildings after KhoiKhoi icons while their language has no recognition and support. The language is supposed to be preserved, instead we get buildings on stolen Khoi land,” Oarasib said.

Khoi activist: “Amazon is the 2021 version of the Dutch East India Company”

Oarasib pointed out that so many representations exist that caricature indigenous Southern African people. He said the perfect example is the 1980 film, the Gods Must Be Crazy which was about a tribe living in the Kalahari desert. The plot centered on them mistaking a bottle thrown from an airplane to be a sign from the creator. The film perpetuated racial stereotypes of the tribe as ignorant. The film’s lead N?xau ?Toma was only paid $300 while the film made $60 million.

“The representation was so skewered. That tribe has a language rooted in intelligence. It is the very essence of a foundational language. Yet the narratives are interpreted by people who rely on making fun of indigenous people,” Oarasib said.

“These made up narratives of the KhoiKhoi are all  money making schemes. We see the capitalist agenda with Ouma Katriena too,” he said. Ouma Katrina Esau is the only remaining fluent speaker of N|uu; a Southern African indigenous language.

Oarasib said he taps into generational memories through his work. He advises young creatives like rappers and poets to use their mother tongue. Oarasib wants the so-called coloured people to know they are not a forgotten people. He said coloured people need to let go of the shame of the 1950’s apartheid classification; Coloured.

I don’t want to call myself Coloured anymore

“There is a reason KhoiKhoi is the mother tongue of all languages. The word ma is Khoi for “to give”. It is universal. It all comes back to KhoiKhoi,” Oarasib concluded.