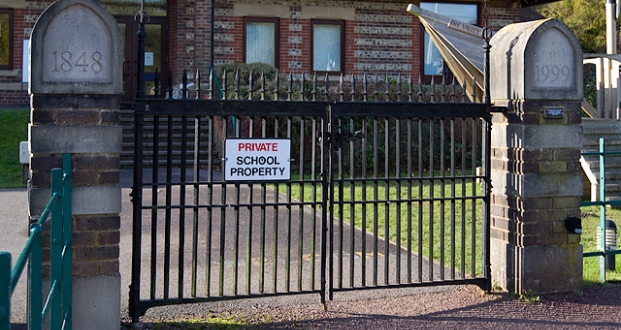 On Wednesday night, a school letter began circulating on social media from Christian school, Kingâ€™s School in Linbro Park. The letter, which was addressed to parents starts off with a recap of a substance abuse campaign and then seemingly the author of the letter goes on a tangent about a Muslim businessman who owns property around the school and built a mosque there about two years ago. The writer of the letter, listed as Bob Fuller, Head of Student Affairs, then goes on to say that he prays for Muslim people because they, unlike Christians, have not been assured salvation and that Christian people have a special relationship with God, once more in opposition to Muslims. He ends the letter off by asking parents and the children to pray for the souls of Muslim people especially since the month of Ramadan is coming up. (He has his dates completely wrong on that front – Ramadan ends on the 6th or 7th July, yet he seems to think it runs from 11 July to 9 August.)

But what’s upsetting many is that the letter doesnâ€™t only sound like the ramblings of a self-righteous Christian who believes only Christians will be saved. It looks like Fuller is also lamenting the fact Linbro Park has been â€œtaken overâ€ by people who are not white, as evidenced by the way he brought the many developments of the Muslim businessman next door to the school. Â By complaining about the “mournful stains of his song” (the Islamic call to prayer, apparently), he displays religious intolerance and white supremacy similar to what we saw when residents of Valhalla objected to the building of a mosque in the Pretoria suburb earlier this year.

#ValhallaMosque: When white supremacy is threatened by prayer

Many people expressed their disgust on social media at the way the school seems to be demeaning Muslims and advocating for intolerance of other religious beliefs, along with the general Islamophobic nature of the letter.

This letter by the Head of Student Affairs -The King’s School Linbro Park is offensive. We need religious tolerance. pic.twitter.com/OTcPUtvDcj

The Slander of Muslims in this letter from The King’s School Linbro Park. It’s disgusting… https://t.co/RyCtaI8gwc

The letter by the Head of Student Affairs, King’s School Linbro Park is why Muslims continuously find themselves “needing” to defend Islam

Panyaza Lesufi, the Gauteng MEC for education also weighed in on the matter, saying that he was â€œshaking in disbeliefâ€.

I am still shaking in disbelief! https://t.co/A3Bx7J3sFM

We reached out to the school and Bob Fuller for comment but at the time of publishing neither of them were contactable. However, Yusuf Abramjee posted the following email response he received from the principal.

Reply from the Principal of The King’s School Linbro Park. Awaiting their decision. @Lesufi @CRL_Commission pic.twitter.com/b0clOHDhNk