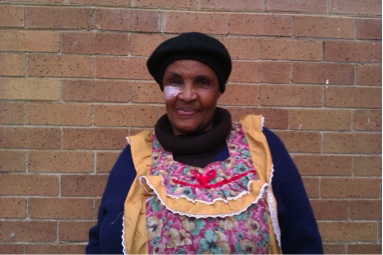 Shattered Kliptown shack dwellers might have lost their belongings during the floods that occurred on Wednesday the 5thof March, but they clearly did not lose their voices. They want change, services, a better life and houses miles away from the furious waters. But come elections, will they cast their vote in demand of this change?

UYANDA SIYOTULA went to Kliptown to speak to victims, the ward committee and residents. I am so tired of this. They must move us into houses. Sometimes it floods at night while children are sleeping on the floor. One day weâ€™ll wake up to find our children drowned by the water. These floods have been happening since 2000. Then, people were rescued by helicopter, and again in 2010. They were very bad. Every times they move us to the community hall and after the floods we go back, fix and clean our shacks. This Wednesday again! No! We are tired. We first rescue our kids and a few things and put them up there on the railway station which is risky because a train can come anytime. This makes me so sad because we vote but there is no difference. But I will forever vote for the ANC because Tata Mandela fought for us and now we have rights and freedom, but I hope in the future the ANC will change and take care of us as promised. I have always participated in helping people with their things. If I remember well it was in 1977… I would help people who need health services and take them to the clinic, and now Iâ€™m still helping. I feel very sad. At night you do not even sleep because the floods can come any time when there are heavy rains. I donâ€™t want to lie; our government has done a lot for us. Tata did a lot. The ANC is a very important party and it must stay. There are so many challenges that people face here. There are no proper toilets, houses orelectricity. I grew up here and honestly there has not been much development. The infrastructure is very poor and shacks get flooded easily. In the past years some people were swept away by water and one person died. Some lost their livestock. It has been raining for weeks now and the people who stay next to the river suffer the most. This impacts education because there are children who stay on the other side of the river and have to cross the bridge on their way to school. When itâ€™s flooding, they miss out on school. Given the history of Kliptown this should not be the case. However, I want to give the ANC a last chance because I think theyâ€™ll now feel the pressure from the opposition parties such as DA and EFF. Kliptown is like hell. Here we are lost in our own world. We lost all our things, and I only saved my ID and matric certificate. We now eat bread and soup while our councillor lives well. Since Wednesday [the day of the floods] she hasnâ€™t showed up and thatâ€™s because she does not stay in Kliptown. She does not understand our pain here. We cannot blame the government, but rather the people who work for the government. The budget for disasters like these is there but it never reaches the community. No, actually the government is to blame for not doing a follow up on the money. I will vote for EFF because that man… the way he works for his people is very satisfying. He is my role model. I moved to Kliptown in 1960. I now stay in Eldorado Park but I am very involved here. People have lost trust in the government and for it to be restored they have to see change. I mean, three places are affected by the floods, Angola, Mandela Square and behind the railway line. All people want is to be moved to a safer place while they wait for houses. This will definitely show a negative result come the 7th of May. I know it is hard for people to walk away from the ruling party because they have a picture of Tata and they vote with their hearts not their heads. But that needs to change for us to have better lives. That is why I will vote for the DA. I have lost a lot of things. Since the 2010 floods I have not bought new furniture. We need help. This happens year after year and I have been here since 1990. I blame the people that work in housing because they promise us houses but give them to people they know when we should be getting them. I do not know yet who to vote for, I am still looking for a party that will give us a better life. These floods happen continuously when there are heavy rains and the water spreads to the shacks. People are then moved to the community hall and different stakeholders donate to help those people. Housing knows about it. They are still cleaning an open space to relocate those people who are in the flood line while waiting for the housing project to be implemented which is in the pipeline now. I feel sore, because I know the government is promising and I understand the governmentâ€™s process. I know things will change.