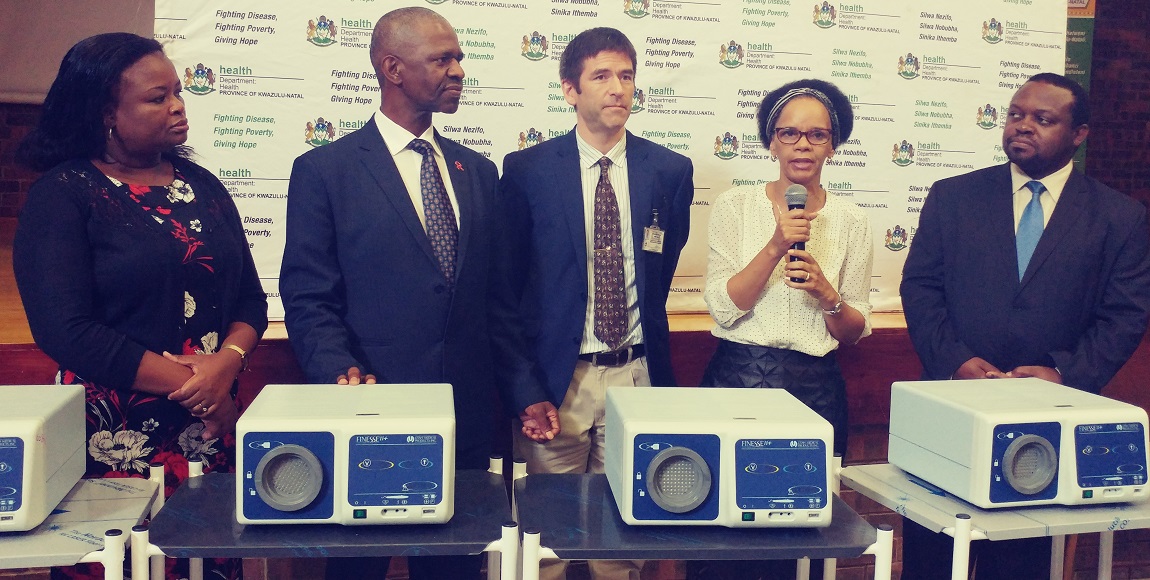 The department of health in KwaZulu-Natal on Wednesday unveiled 15 new cervical cancer machine to help reduce the waiting periods for cervical cancer treatment in the province.

Speaking at the Inkosi Albert Luthuli Central Hospital, the Health MEC, Sibongiseni Dhlomo said the purpose of distribution of the Large Loop Excision of Transformation Zone of the cervix (LLETZ) machines was part of a campaign called “Phila Ma” that was first launched in 2009, which seeks to enhance the early detection and treatment of cervical cancer.

“These machines are going to help us accelerate the screening and prevention of cancers, especially on the cervix in women. We already have about nine of these machines in big centres and we have seen it works,” he said.

Cancer epidemic is currently a big concern in KwaZulu-Natal with cervical cancer, breast cancer, colorectal cancer, lung, and prostate cancer being the top in the province.

Early in 2017, the department of health came under fire with the ongoing oncology crisis in the province, where cancer patients had to wait longer periods for treatment due to shortages of oncologists. The crisis saw the department’s head, Sifiso Mtshali, being suspended over the crisis.

According to the department’s head of Obstetrics and Gynecology, Dr Neil Moran, cervical cancer starts with infection of the cervix by a virus called the Human papillomavirus (HPV), and is extremely common and tends to occur soon after one becomes sexually active.

Cervical cancer is a common problem, and remains the most common cause of death amongst women in the province, said Dhlomo.

“With the introduction of this revolutionary LLETZ procedure, we are sure to curb the deaths of our women through cervical cancer,” he said.

LLETZ uses a small surgical procedure on a woman’s cervix to remove the part of the cells that are becoming abnormal and have a high chance of developing into cancer.

The new machines will be distributed to 15 hospitals including the remote hospitals such as Nkandla Hospital, Eshowe, Osindisweni, King Dinizulu, and Church of Scotland Hospital.

Dhlomo highlighted that the provision of these LLETZ procedure machine would also help with the backlog and add more impulsion to the department’s efforts of preventing, detecting and managing cervical cancer.

“We are also happy to announce that as soon as the LLETZ machines are installed, they will start servicing the patients as we already have personnel trained in their use,” Dhlomo said.