Mandla Mzimela has been on treatment for his epilepsy for the past 10 years. Stuttering, with pauses in between his sentences, and fidgeting hands, the 38-year-old says he doesn’t know what caused his illness or even what it is. Mzimela says people in his community treat him as a madman. â€œPeople call me crazy and some even run away when they see me. I don’t understand what my illness is and that hurts a lot.â€

In Umgababa Township, south of Durban, there are still numerous misconceptions about epilepsy; those suffering from the illness are often labelled as mentally ill. This lack of education about epilepsy has left many with the condition not knowing much about their own illness and prone to stigma.

Dr Amith Keshave, a neurologist at Life Entabeni hospital in Durban, has also worked at public hospitals. He says that, while the public sector is making an effort to educate people about the illness, different beliefs pose a challenge.

â€œEducating patients about epilepsy is our mandate but it’s often very difficult especially [with] those who still hold cultural beliefs. Explaining the medical part of it is always a problem since the causes are not always the same,â€ he says.

Epilepsy is a neurological disorder which affects the brain and nervous system. People with epilepsy often experienceÂ seizures, which are caused by a sudden surge of electrical activity in the brain. There are many different types of seizures. In some cases, a person may experience a momentary feeling of absence or appear confused. In more serious cases, a person may lose consciousness or experience convulsions.

In South Africa alone, epilepsy affects over 500 000 people. Although epilepsy cannot be cured, it can be medically treated.

But in KwaZulu-Natal, epilepsy is still associated with witchcraft. Many people hold beliefs that epileptic people are possessed, and seeÂ traditional herbs as an alternative treatment option.

Mkhetheni Msomi, a traditional healer from Port Shepstone, believes people who are living with epilepsy as a result of witchcraft can be healed traditionally. Msomi sells herbs at the Victoria Street market, which is the go-to place for traditional herbs in the city.

â€œI have healed epileptic people using a traditional herbs concoction. If I can’t help, I advise them to seek medical help from the doctors,â€ he says.

National director of Epilepsy SA Marina Clarke says that there are concerns about the effect of cultural beliefs and the stigma that sometimes accompany them. Despite this, traditional healers have an important role to play in the treatment of epilepsy. “They can fulfill a monitoring role, they’re often close to where the person [with epilepsy] is, and they can contribute significantly,” says Clarke.

Medical doctors continue to speak to their patients and their families about the condition, and each year Epilepsy SA runs programs to raise awareness about it. Still, the misinformation and the stigma persist.

Mzimelaâ€™s aunt, Sizakele Mkhize, says this is a result of the lack of knowledge among people in her community. â€œPeople here don’t know what epilepsy is, just like I don’t, and that makes them believe all the stories about it, and start labelling those with the illness as crazy,â€ she says.

But Mkhize says she doesn’t blame them. Her nephew has been sick for many years and still none of them knows exactly what he is suffering from. 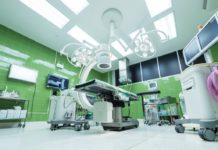 #UnemployedDocsinSA: No jobs for doctors in a pandemic 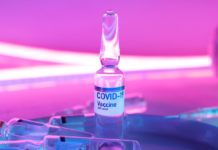 Covid-19: The scope for vaccinations in South Africa needs to be wider