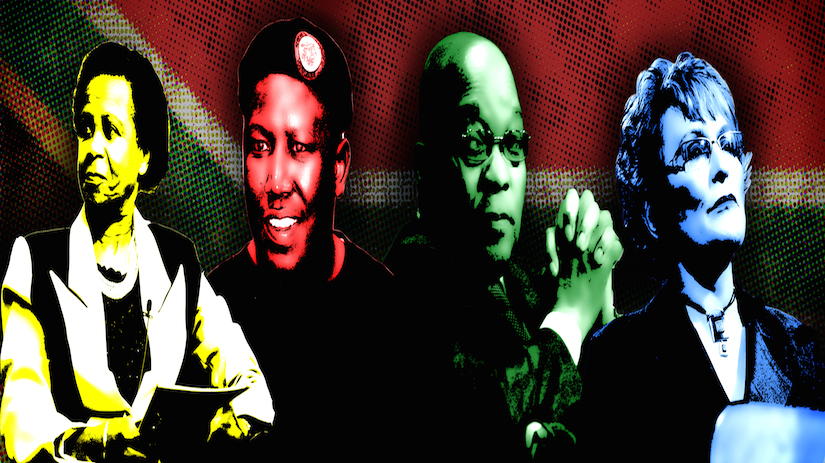 In case you’re still not sure who to vote for, we spoke to Ebrahim-Khalil Hassen, a well-known academic and public policy analyst. He is arguably one of the best qualified people in South Africa to offer informed analysis of the manifestos of different political parties. And he’s also read a lot of them. PONTSHO PILANE spoke to him about what has stood out for him in the manifestos.

SA Votes 2014: You have read through most of the political partiesâ€™ manifestos, which manifesto stood out for you?

Hassen: The ANC manifesto because it is the most comprehensive of all the manifestos. They have very interesting ideas on how to grow the economy and create jobs.

SA Votes 2014: What can you tell the last minute voter about the manifestos?

Hassen: I suppose the key is victory; however there is not much difference in the manifestos. If you compare the DA, ANC, COPE and as well Agang SA manifestos, they are quite similar. One that stands out the most is the EFF one because it speaks about the expropriation of land. You find that the manifestos focus on the same thing, which is developing small businesses and fixing the education system. What I found interesting that was different from the previous elections is how there is a focus on young peopleâ€™s transition from secondary and tertiary education institutions into the working environment. For instance, the ANC manifesto speaks about creating internships and the Youth Wage Subsidy. Similarly, the DA also speaks about grants. It shows that the political parties are recognising the seriousness of youth unemployment in this country. Considering the first time voter, I donâ€™t think there is much choice because there is nothing that distinguishes the parties.

SA Votes 2014: Are there any manifestos that made you laugh and you found too far-fetched?

Hassen: Parts of the EFF manifesto are a bit far-fetched. They believe that the state can do so much and I donâ€™t think government is cable to do all that they expect, it impossible to turn the economy like that. Actually, these manifestos were pretty boring and I read them because I am interested in public policy. I think one thing to take away from this is that these political parties have no way of communicating their interests to people. However, I think the ANC does the best job but they do it on a one-to-one basis. If I asked you what is in the DA manifesto, I donâ€™t think you would be able to tell me but look at how the EFF and how they have managed to familiarise the public with their manifesto. Whether or not you agree with their policies, you have some idea of what their ideas are. There are really important things that are in these manifestos; however they do not communicate these ideas to voters. One of the reasons that the EFF has managed to get so much support is because they have articulated their ideas to the voters in a clear manner.

SA Votes 2014: So do you think that political parties are failing to articulate themselves to voters, especially first time voters about what they plan to do?

Hassen: Yes, I think this reflects a crisis of vision. If you compare this to the Kenyan elections for instance, I understood the differences between Raila Odingaâ€™s policies as compared to Uhuru Kenyattaâ€™s. I do not think we have captured the vision and how to communicate it efficiently in order to change our societies.

SA Votes 2014: Do you think the manner in which political parties engage the public with their manifestos plays a part in whether they vote or not?

Hassen: I would like to think so, especially when you consider that South Africa is made up of a lot of identity politics. People that have grown up in the ANC will automatically just vote the ANC and I think there is a very strong sense of identity politics. If political parties engaged with voters on their content, you could see a shift in that way of voting. We havenâ€™t found the correct way to engage with young people in terms of politics and that is an area we must focus on.

SA Votes 2014: Do you think the manifestos deal with issues that young people are facing such as unemployment?

Hassen: Yes, I think they do but there is a lack of implementation on how to help the youth. The problem with youth unemployment is that there is no clear way to deal with it. However, you see the ANCâ€™s ideas around promoting entrepreneurship and Community Works Programme. There are lots of ideas but they do not cohere into something.

SA Votes 2014: Given the opportunity to advice political parties on their manifestos for 2019, what would you say to them?

Hassen: Well particularly for opposition parties, they need to come up with a way of communicating their vision and focus less on the ANC. There is a lot of great stuff being said in their policies, but one has to dig deep to discover them. So, more focus on policies and ideas and less focus on personalities and mudslinging.