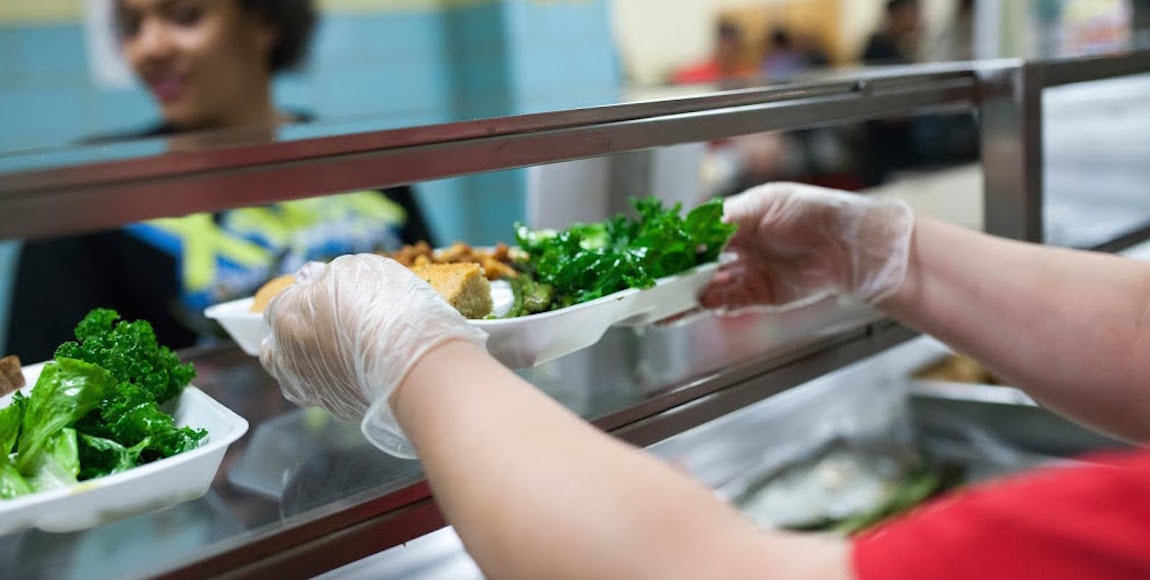 For 21-year-old Tebogo Mabye, finding inexpensive, healthy food has always been a problem. Raised in Hillbrow by a single mother as one of four siblings, food was a point of worry for their family. The family received food from Mould Empower Serve (MES), an organisation that provides services for community members, ranging from Thursday night soup outreaches to prayer and counselling. But the aid still wasn’t enough.

“Especially when I was in primary school, not being able to get a proper lunch box not only affected me and my friends physically, it affected me emotionally because I knew I’d be hungry in school,” said Tebogo. “That’s what’s going on in your mind – that other kids are having lunch. My mental health wasn’t where it was supposed to be.”

Tebogo’s silver lining during all of this has been MES, which has offered him and his family support and resources when other options were running out. “MES was one of the places I got food from. MES was where I grew up; the organisation was there for me when no one else was there for me,” said Tebogo.

Eventually, MES hired Tebogo as an intern when he matriculated, and now he is social programme coordinator, overseeing the rest of its interns. MES has provided Tebogo the opportunity to give back to an organisation that helped him through tough times.

By the time Tebogo went to college at Vega School, paying for food was added to his growing list of expenses, which included tuition and residence accommodation. While the residence Tebogo stays at has a discounted rate for him, finding food near campus can be difficult.

“There’s shops around and it is accessible, but then I don’t think it’s really affordable,” said Tebogo. Shops nearby, such as Pick ‘n Pay and Woolworths, can be expensive for students on campus.

“It’s an invisible problem because of the stigma of hunger,” said Professor Sheryl Hendriks, director of the Institute for Food, Nutrition and Well-being at the University of Pretoria. According to Hendriks, one-fifth of South Africa’s population are “food insecure, generally, low-income and many rely on social grants,” with rural provinces such as the Eastern Cape and KwaZulu-Natal among the most affected.

Food insecurity describes the uncertainty one feels when they are unsure of when they will next buy groceries or a meal because of limited financial means. While there are no statistics on exactly how many students are food insecure, the problem is especially prevalent among those at universities. Consider this: the report of the Ministerial Committee for the Review of the Provision of Student Housing at South African Universities said, “In 2010 the average residence fee without food was R13 283, and the average residence fee including meals was R30 924.” Because there is a financial gap between residences that provide meals and those which do not, students must pay the price for buying food, either through higher residence fees or buying expensive groceries off-campus. The report also documented that kitchens in residences were so poorly furnished that students were forced to prepare food on electric stoves in their rooms and use cupboard space to store food.

To tackle this pervasive issue, universities and SRCs have had to step in to provide groceries and hot meals to students in need.

The Wits Food Bank, established in 2013, provides 2 500 students with one food pack per month. The food pack, valued at R430, includes non-perishable items such as corned beef, rice, lentils, beans, and peanut butter. To supplement the program, the Wits Citizen and Community Outreach (WCCO) has recently launched a program called the Masidleni Daily Meal Project, which provides a hot meal Monday to Friday between 1pm and 2pm to an average 900 students per day.

Religious and nonprofit groups have also played an important role in providing food to students. Holy Trinity Catholic Church, situated on the edge of the Wits main campus, runs a feeding scheme Mondays to Fridays at 1pm, serving lunch to students through the SVP Soup Kitchen. An average of ten students come each day.

“What we realised last year coming through our priests – it came out that a lot of students had come asking if there was any food,” said Godfrey Ajusi, treasurer of the SVP feeding scheme. “So they come to the church and they go downstairs – privacy is key – and nobody sees them; they eat their lunch every single day and they leave.”

While many of these food pantries and soup kitchens provide access to food on weekdays, there is also the stress of trying to make ends meet during the weekend, when some of these resources are unavailable. “During the weekends, you just have to fend for yourself,” said Tebogo.

“Without food, children won’t go to school, adults can’t find a job because they’re focused on their tummy,” said Ashleigh Stephan, fund development officer for FoodForward SA. FoodForward receives non-perishable foods from large retailers like Shoprite, Checkers and Pick ‘n Pay, and redistributes the food to organisations such as orphanages, old-age homes and soup kitchens. They serve a total of 250 000 people, 190 415 of whom are children and youth.

The inconvenient fact is that buying healthy and filling food is expensive for students, something Tebogo believes many people get wrong when it comes to understanding food insecurity in universities. Tebogo said that instead of buying drinks and clothes, as some might assume, students sacrifice those luxuries so they can afford to buy groceries for the month. Even so, it sometimes comes down to eating whatever is available, like flapjacks and takeaways, he said.

While SRCs and religious organisations are doing what they can to support students, food insecurity is still a reality for many. And with rising petrol prices and South Africas downgrade to junk status, food prices are likely to rise further, making life even harder for students.