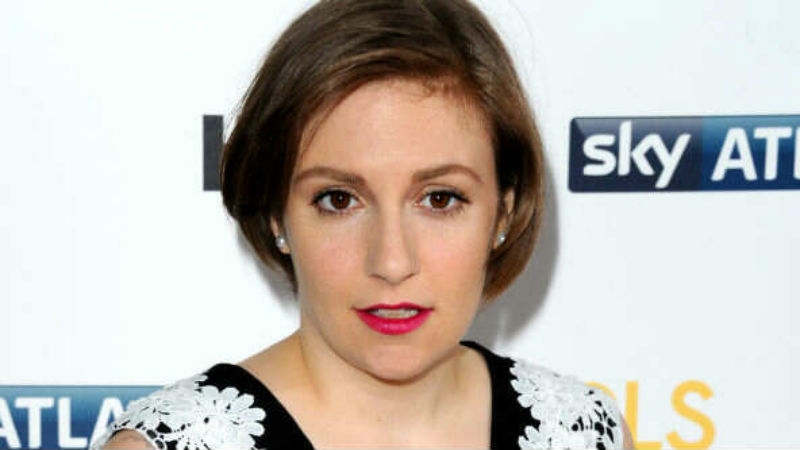 In a chat with standup-comedian Amy Schumer on 2 September, celebrity white feminist Lena Dunham spoke about a conversation she had with herself during an event she attended earlier this year. Yes.

But it gets better.

DunhamÂ narratedÂ to Schumer how she found herself sitting next to Odell Beckham Junior, an African-American NFL star, at the MET gala in May.

She saidÂ Beckham sat right next to her the entire evening and didnâ€™t say a word, actions which she interpreted as disinterest in her because she was not the hyper-feminine (she was reportedly dressed in a tuxedo), conventionally attractive, slim white woman that characterisesÂ the beauty industry.

Dunham, quoted in LennyLetter.com, said that, â€œit was like he looked at me and he determined I was not the shape of a woman by his standards. He was like, That’s’ a marshmallow. That’s a child. That’s a dogâ€¦’ The vibe was very much like, ‘Do I want to fuck it? Is it wearing a â€¦ yep, it’s wearing a tuxedo. I’m going to go back to my cell phone.’

Not that I am averse to voices in my head. But really, could you be more racist in assuming that a black manâ€™s only interest in you would be sexual, and that a lack of interest in talking to you meant he didnâ€™t find you sexually appealing?

As if black men arenâ€™t hypersexualised enough in the media and society. This kind of thinking is what created the dangerous association of black men being rapists who “canâ€™t control themselves” around white women. In fact, this is precisely the kind of thinking that got black men lynched.

Stayed tuned for the remake of To Kill a Mockingbird, starring Lena Dunham as Mayella Ewell & Odell Beckham as Tom Robinson. #Lena #Odell

Besides the blatant racism, it also exposes Dunhamâ€™s continued inability to understand consent.

Accused of molesting her sister when they were children, Dunham still seems to think that as long as she agrees to sexual interactions, everything’s a-okay. Even if Beckham didnâ€™t have a girlfriend, and even if he had spoken to her, that does not mean he consented to anything sexual.

She later issued an apology on Instagram, but it wasnâ€™t really an apology and basically blamed Beckham for her thoughts and turned the situation around to focus on her weight and face again.

If only she realised no one cares about how attractive she is; we care what she says. Actually we don’t. But we care when it is damaging.

Dunham is considered to be one of the biggest “feminists” in the media today, but her specific brand of feminism is very clearly anti-black, ambiguous on consent and centred on white women.

In other words, she is White Feminism.

White Feminism and its adherents, which include others like Taylor Swift, Emma Watson, Amy Schumer and Jennifer Lawrence, are dangerous because of the lack of intersectionality and attention to women who are not white, educated, middle-class and areligious. In other words – white feminism only ends up alienating most women,Â leading them into thinking that feminism isnâ€™t for them.

Feminists like Dunham need to understand that they arenâ€™t the focus of the worldâ€™s attention, they canâ€™t be playing games with peopleâ€™s lives and livelihoods in the name of comedy or insecurity. White Feminism is dangerous to the rest of us, we arenâ€™t bodies to fight the white womenâ€™s war.

Noticing a pattern illuminated by #Lena Dunham …message out/face backlash/pull back. But damage is done. That’s the problem…