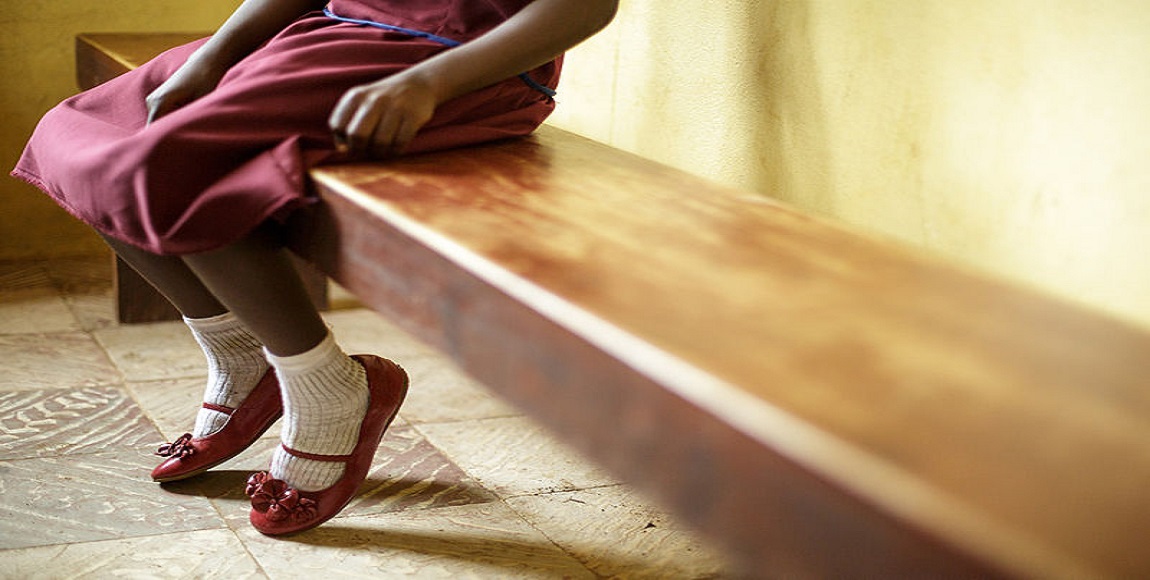 Despite the dangers and growing opposition to the practice, female genital mutilation (FGM) persists across the world. According to the World Health Organisation, over 200 million women and girls alive today have undergone FGM – the partial or total removal of their external female genitalia – or other injury to their genital organs for non-medical reasons.

Although it is often portrayed as something Muslim or African tradition, FGM occurs in Latin America, the Middle East and Asia, in Europe and the USA, across religions. A new film from Al Jazeera called The Cut: Exploring FGM explores the practice with a fair and non-judgemental approach. It was directed by Lynne Ferguson and produced by Farid Barsoum. The Daily Vox spoke with journalist Fatma Naib about the film.

Why did you decide to make a film about FGM?
Between 2015 and 2016 I went on tour with a rapper called Sister Fa who works with World Vision in Senegal. I came face to face with people who had undergone FGM. In my own Eritrean culture, this does happen, but we donâ€™t really talk about it. It didnâ€™t happen to me but to others in my family. They donâ€™t see themselves as victims because it happened when they were very young. Iâ€™d never heard the details from someone whoâ€™d had the worst form done. I knew FGM persists beyond East Africa and the Muslims in the Middle East but it was the first time I encountered West African Christians who practised it.

FGM has been widely reported on but I wanted to approach it differently, not from a judgemental, top-down way where it was like, â€œOh look at those barbaric people.â€ I hate the term barbaric, especially when itâ€™s used toward people of colour. Even if itâ€™s not meant intentionally, thereâ€™s a hidden racism there. No parent wants to harm their own child even if there is harm in the end result. FGM is a custom that should stop but if we want to eradicate it, the approach needs to be different.

What are the dangers of the different degrees of FGM?
Type 1 has no danger – some say there is a loss of feeling when they have intercourse – but itâ€™s still a body part that is being taken away. With the other types, women canâ€™t pee. You canâ€™t empty your bladder because the hole left is so tiny. Also with the tiny hole most of the menstruation blood is still inside you and it leads to infections. When you get married, intercourse is painful, you have to be cut for intercourse and sewn up again, and cut again when you have a baby. You can imagine the pain.

Why does it still persist despite the dangers?
You have to approach each culture differently. In Somaliland, it was tradition. Some people cited religion but there is no evidence in that. In the film, the two Somali guys said women need to be cut for religious reasons. I said, what if I bring imams to cite otherwise? He said itâ€™s tradition. I said what if I told you it was hurting women – literally killing them? Even then, he said culture is stronger than womenâ€™s views. This culture is enabled by grandmothers who reinforce it. The older generation seem to be pushing for it. We assume itâ€™s only the men but my encounters show that itâ€™s not.

In Kenya, it is completely different; it is a rite of passage. Once a girl is cut she becomes a woman. Very few tribes in Kenya still practise FGM. It was outlawed in 2011. But the Maasai and Pokot, featured in the film, practise it despite the ban. For the Pokot, when a woman is cut, she receives a large dowry. For the Maasai a girl is not a woman unless she is cut; Maasai men will not marry a young girl. Both are Christian, but they donâ€™t cite the religion as a reason. These are centuries-old customs which have been continuing. The Maasai men donâ€™t know what goes on; when we showed them in the film what happens when girls get cut, their reaction was something else. Showing men what really happens could work in some cases as a tool for awareness to stop FGM. For the Pokot, the first stage is a slight cut done before the public, the second and more severe cut is performed hidden away. It is associated with celebration, drinking, eating and dancing. These are just two examples but they show how important it is not to simplify reasonings and the way we can address it.

Do you think the practice is patriarchal? Is it to control womenâ€™s sexuality?
There is no blanket answer. In some parts, yes, but itâ€™s not the only reason. In the Maasai space, the men have no idea what it entails. We canâ€™t say they demand it. It could be the case for other countries like in Somaliland. When I was interviewing the two men, a security guard said to the man I interviewed: â€œWhy didnâ€™t you tell her the real reason? Itâ€™s to ensure that she is a virgin.â€ This is another reason. Sometimes it is also to control a womanâ€™s sexuality. Sometimes it is about control but also protection – some think by controlling youâ€™re protecting.

What are the most surprising things you encountered making the film?
Some girls choose to be cut because of the social status; youâ€™re seen as a woman, you get a higher dowry. It was also surprising that the men did not know what happened. They need to be involved; to end FGM we need to use people who understand the culture to come up with solutions. This doesnâ€™t mean we canâ€™t take advice from outside groups but those groups need to be understanding and approach it with an open mind.

How did you get people to open up to you?
We agreed not to use the word FGM in the beginning when making the film but because it is so widely used, we had to. I tried to refer to it as ‘cutting’, because mutilation is a loaded word, the intent is not to mutilate. If weâ€™re going to engage in discussion, calling someone a barbaric mutilator is not productive.

I told the people I interviewed that FGM was practised in my culture. I understand that it is not meant to harm but it does harm. People can tell when youâ€™re non-judgemental, they want to talk about this. I felt privileged that they put so much trust in me to tell their story. Me being Muslim in Somaliland, being African and a woman in Kenya helped me gain trust.

What would it take to end this practice?
Itâ€™s a generational thing – the grandmothers still abide by it but women in my motherâ€™s generation not so much. Banning it is not enough. Itâ€™s been banned all over, but itâ€™s important to point out that it still persists. When itâ€™s done in a hidden way, itâ€™s becomes more dangerous. (But this happens in hospitals by doctors too so we shouldnâ€™t make the assumption that itâ€™s done in a mud hut somewhere.) We also need to talk openly about it. We need to engage and be open-minded, approach it respectfully. Charities can continue saying no to FGM – theyâ€™re doing a wonderful job. They can consult with locals, and find a way to preserve the culture and remove the bad elements of it as Domtila of the Pokot tribe did in the film. I think thatâ€™s a wonderful model.

This interview has been edited for brevity and clarity