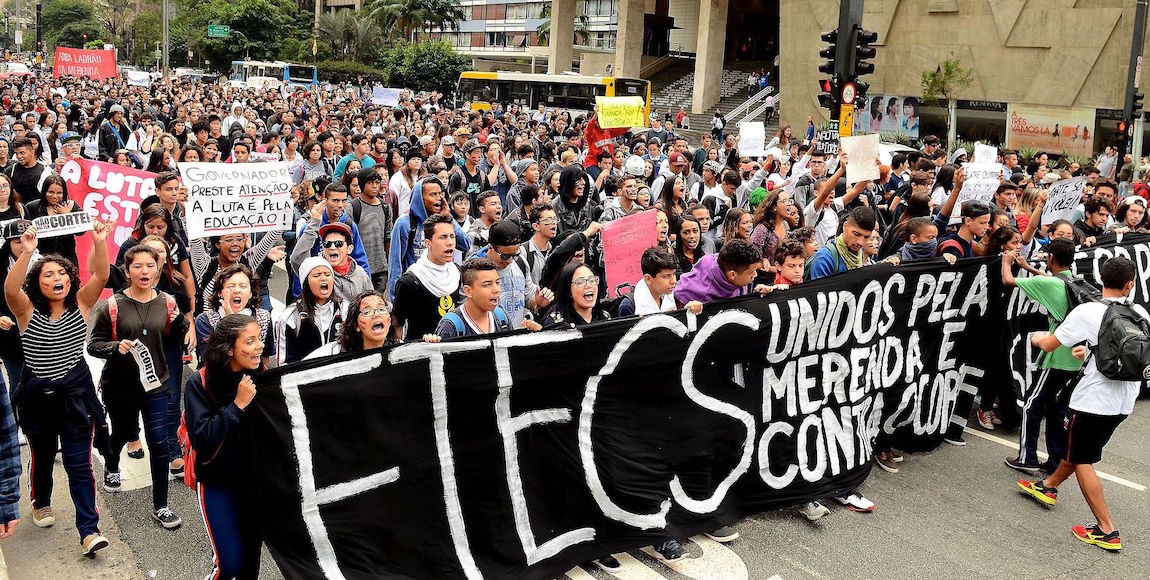 The South African popular political landscape has become crowded with different interest groups jostling to define what is considered â€œcorruptâ€ and what the path forward may be. For some, the approach against corruption is steeped in analysis of the particularities of President Jacob Zumaâ€™s activities. For others, the entire system is implicated. But how can we translate dissatisfaction with government into broad-based action, in a movement that transcends narrow sectors, like higher education or workers’ unions?

Regardless of oneâ€™s approach, itâ€™s hard to deny that we are approaching yet another turning point in the history of country. While this remains true for the nation, we also exist in an international system where evidence of the commonality of struggles is easily seen but rarely acknowledged, particularly beyond the centres of the European experience.

French Guiana, located in the northeast of the South American continent, has had its history interrupted by colonisation – briefly by the Portuguese and continuously by the French – since the early 1800s. The then colony operated as a prison system for the French empire.

After the abolishment of slavery in the wake of the Haitian and French revolutions, the inhabitants of French Guiana had legal rights to French citizenship. French Guiana remains an â€œoverseas territoryâ€ of France to this day. From 20 March 2017,Â protestors capitalised on the upcoming national election in mainland FranceÂ byÂ organising the largest demonstration in the territory’s history. The protest ended after 11 days, following concessions from the French government.

As many as 37 unions joined together in a rolling general strike that brought the country to a standstill over a demand for a major financial restructuring plan to the order of â‚¬2.5 billion (about R37 billion) to balance the unequal treatment received in the territory, where many remain without access to electricity and safe drinking water.

During the course of the strike, protesters blocked and delayed a French space satellite launch due to take off from a base controlled by the European Space Agency. While reports and online analysis remain difficult to come by, a number of platforms said university students and unemployed youth had joined the strikes as well.

In the wake of what was described as a right wing coup by the Temer regime in Brazil, citizens organised a number of protests and occupations to resist austerity measures which target the existing social welfare schemes. These involved schools and universities as well as other sectors, such as public transport, in one of the most unequal countries on earth.

On 28 April, only two weeks ago, Brazil experienced in its first general strike since the military dictatorshipÂ ended two decades ago. Millions of citizens nationwide brought airports, factories, schools and other public services to a close.

Reports suggested organisations such as the Landless Workers Movement (MST) and the Homeless Workers Movement participated and shut down major highways, while the overwhelming majority of unions, left-aligned parties and a number of pro-Black organisations supported the action. Students from high school level upwards formed part of the mass action as well, in what is clearly still building up to be a powerful wave of momentum against a right-wing movement seeking to normalise and assert its hegemony.

Drawing from the urgency of these international lessons, young South Africans, and the Fees Must Fall movement in particular, represent the new possibilities that exist for students to contribute to mass struggle. However, given the sheer temporality of students – the fact they remain on campus for just a few short years – there is often little action that goes beyond campus-specific strikes over issues like housing, fee payments and subsidies. Repression, as well as personal and ideological differences between influential figures, make the collective movement unable to organise mass action without external agitation from government.

Without concerted efforts to build organisations over the quiet periods, the collective movement will continue to be constrained in the short to medium term. Its ability to catalyse support for a general strike driven and held by unions will be similarly limited beyond interested individuals and small political support blocs.

For those who support the social reform in the the shape of free education for all, the current national crisis precipitates a climate under which we must consider collectively integrating that demand into a broad-based platform that is held by organisations both on and off the campus.

Many social justice formations and unions openly support the student movement in broad terms. Now is the time to embark on the slow but urgent building needed to reconfigure the free education movement into something that can transcend ideological assertions, and participate in a wider radical process of social transformation that includes other issues.