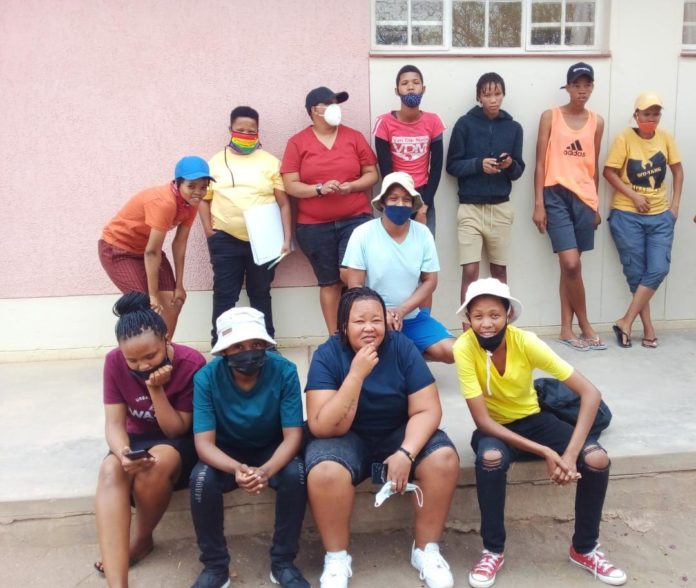 Khaibasen Namibia is gearing up to host southern Namibia’s first Pride event in Keetmanshoop. So far, Pride events in Namibia have only been held in bigger urban centres like Windhoek and Swakopmund. The Daily Vox spoke to Dez Haman from Khaibasen about #LGBQTIA+ awareness in Namibia as well as the upcoming event.

[Trigger Warning: This article contains descriptions of Gender-based violence (GBV) and sexual assault. This may be difficult to read. We encourage you to care for your mental health, safety and emotional well-being.]

#LGBQTILife: First ever pride parade is held in Malawi

Haman identifies as a queer lesbian woman and activist. She has worked with several government ministries in Namibia like gender, health and safety and security. Haman currently heads up Khaibasen which is a Nama word for Stand up for yourself. The community organisation, which is based in Keetmanshoop, started in 2012.

It is committed to improving the lives of queer people in Namibia. They also raise awareness on gender-based violence against the LGBQTIA+ communities in Namibia. At the time of its founding, there were no projects aimed at queer individuals in the area. The Arasa Ti Soros ge Bodily Autonomy Project was one of many projects the organisation spearheaded this year. It means “my body my choice” in Nama.

Namibia still criminalises gay sex between men. The law is rarely enforced but rights activists have called it outdated and discriminatory.The law remaining on the statutes perpetuate discrimination against the LGBQT+ community. It allows police to use deadly force when men have been suspected of having sex with each other. The law does not mention sexual relations between women or ban same-sex relationships.

Recently a Namibian court ruled that the son of a gay couple, born via surrogacy in South Africa in 2019, is a Namibian citizen by descent. This ruling has been hailed as a “big win” for same-sex couples.

Haman said hate crimes against the LGBTIA+ community are more prevalent, but dangerously under-reported in Namibia. Recently a 24-year-old trans woman was gang-raped and left for dead.  The newspaper reports misgendered her in their articles. Haman said this speaks to the lack of awareness for the communities.

“Police brutality and apathy is another problem. People will go to police stations to report hate crimes and are met with disinterest and homophobia. They will ask questions like why are you with someone of the same-sex? They violate your rights and autonomy even more,” Haman said.

The event will take place from November 25 to December 5 this year. It will include information sessions, panel discussions and communal gatherings. One of the discussions will be on police brutality. There will also be a march through the streets of Keetmanshoop on the last day. Khaibasen will be working closely with the Ministry of Youth. They are also supported by the  Young Feminist Movement of Namibia (YFMN), the Women’s leadership Centre, and Positive Vibes.

“We want to elevate the visibility of LBQTIA+ individuals in the south of Namibia. We want to raise awareness of hate crimes so we can fight it. There is lots of excitement for pride and we have worked hard to get this off the ground,” Haman said.

The Keetmanshoop community is very conservative but Khaibasen has worked with religious leaders before. However, they don’t expect any to be at the forefront for pride though. It is also more rural and less “tolerant”. Haman said it is challenging for queer communites to exist without the threat of violence. They also find it hard to reconcile the discrimination they face in the only homes they have ever known.

“We belong here. This is our community as well. We are not going anywhere,” said Haman.

#LGBQTILife: The Pocket Queerpedia is an educational resource for understanding queerness