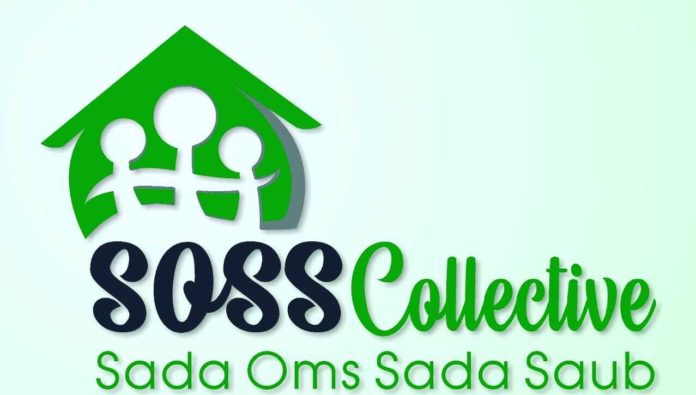 The safety and protection of LGBTIQA+ folk should be at the forefront of our government’s planning agenda. Sadly it is not. Inclusive shelters in the Western Cape are needed. SOSS Collective, a Queer activist organisation supported by Triangle Project, is appealing to government to prioritise shelters for marginalised people. Sada Oms Sada Saub (SOSS) is a Khoi phrase that means our home, our protection. We spoke to Lebo Mncayi, SOSS Collective’s Advocacy Officer about the cause.

How did all of this start?

It started last year when a group of queer individuals came together toward the end of last year, to discuss what is wrong with our current movements. We questioned why our issues were not gaining the traction they require, especially in terms of support from the government. We are always used in their statistics and speeches,but nothing much happens to help the lives of queer people on the ground. It was time for a new movement that wasn’t driven by a political agenda but rather an agenda of change. We formed SOSS and identified that in our townships there are no shelters for queer people that is inclusive.

There are none that welcome queer people. Cape Town has one shelter that focuses on the LGBQTIA+ community. That shelter is not inclusive. It serves mainly white people in the province. Black people in times of trauma and victimisation don’t have a place to go. So we decided this would be our main priority in launching the campaign. We need to be advocating for more inclusive shelters that allow queer people, sex workers, GBV survivors to find refuge. We are advocating for the establishment of these shelters. We are calling for the government to step up and assist.

The department of Public Works has a number of buildings in and around the province that are unused. Those could be great spaces to convert into inclusive shelters. These shelters will be welcoming to the LGBQTIA+ community. This past Saturday, 15 May 2021, we had our launch in Phillipi here on the Cape Flats. We had invited quite extensively from the leaders of departments like Social development; because they have the mandate to provide shelters. Also given that the report on shelters by the The Commission for Gender Equality (CGE) made specific recommendations to the department -that were not met. So we wanted them to be there, and they didn’t show up. We had one MP, Yoliswa Yako that attended, and she said she was willing to support the campaign and look at the avenues in parliament that the campaign finds momentum. Overall government declined our invite. We weren’t surprised by their lack of interest.

Where have you received support from?

Equal education , members of LGBQTIA+ safe spaces, and a representative from the Heinrich Böll Stiftung Foundation there in full support. The weather was rainy all day and we got some apologies because of it , also many people use public transport. But it was a good launch that started with us lighting candles. We reflected on the violence that has been perpetrated againgst queer people. The International Day Against Homophobia, Biphobia and Transphobia is observed on the 17th of May so it was a moving and grounding experience in the space. We had a poet that did a piece on the body as a space of contestation from society, community, family- and to some degree within the LGBQTIA+ community.

Read more: #LGBQTILife: Navigating life in student leadership and the church as a Gender Diverse Person

There was overwhelming support and we are grateful for it. We had a gallery of images that spoke to unhoused queer people and what that looks like.  It was quite moving and a glaring problem, but somehow people have managed to live through it. The other temporary shelters of homeless people were being demolished in Observatory by the City of Cape Town, and most of those people would have been queer, trans and sex workers. So you see even society has these actions of erasure. Taking away temporary structures when you don’t have shelters to house folks has no logic. Local government is solving nothing by these unsympathetic acts. The city is anti-poor, anti-Black and anti-queer.

How can we help?

Use your voice in any way shape or form to amplify the message that shelters are needed. The push back will be there are shelters in the Western Cape. But people need to be aware that those shelters are often very exclusive and does not heed the needs of queer people and sex workers. For example, people who are not formally employed cannot keep to a curfew of 6 pm, they are still working at this time.This particular shelter is in Oranjezicht; in the heart of affluent cape town. Queer Black people have lamented that they are an affront to this pristine privilege of that area. We are asking that everyone add their voices to the movement, and show up for us. We need all of you there in numbers when we have our dialogue sessions. It is time to be an ally with substance; join our movements and include it in your spaces of influence.