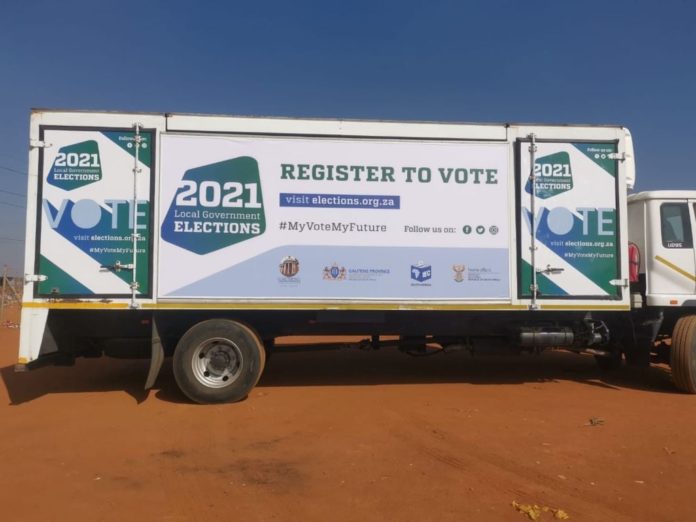 The local government elections are exactly one week away and parties aremaking the final push. Politicians and their parties have always been funded and endorsed by businesses. But what about business people who vie for the polls? The Daily Vox took a look at a few business folk contesting this year’s local elections.

Dr Ruben Richards is an independent candidate contesting the elections. He along with others from the area started the Cederberg First Residents Association (Cederberg Eerste aka C.E). The association is not a political party. The Electoral Commission Act of 1996 allows for this type of registration. This mechanism allows independent candidates to stand for election in various wards.

They are vying for control of governance of the Cederberg Municipality in the Western Cape. Richards is also the mayoral candidate. The tea is that Richard’s running mate/deputy is Martin Bergh, managing director of Rooibos Limited. Rooibos Tea is made from a plant indigenous to the Cederberg. Recently it was officially included in the European Union’s Geographical Indication Register. Only rooibos produced, processed and prepared in the region can be named that.  It is a 500 million rand per year industry.

Science Has Proven It – Rooibos Tea Is Magic

Founder and CEO of Twizza Beverages, Ken Clarke will also be contesting the elections. Clark will contest as an independent and mayoral candidate for the Enoch Mgijima local municipality (yes, the same stadium-gate municipality). Clarke said he partnered with 20 independent council candidates (The Independents), to take over the municipality. He said service delivery will be a top priority and accountability of it. He wants to clean up towns and build up infrastructure.

Twizza had its origins in Komani in 2003. It has a distribution network spanning 5 southern African countries. A decade ago its revenue was R345 million per year and employed +- 350 people. In 2021 profits and labour have more than doubled.

Mkhuseli “Khusta” Jack is a former anti-apartheid activist and businessman in the Eastern Cape. He launched AIM in April this year, and will be its mayoral candidate. AIM will only be contesting in the Nelson Mandela Bay metropolitan municipality. Jack’s ten point plan with AIM is to improve service delivery. He emphasised AIM is a residents’ pressure group, not a political party. The plan will tackle safety and security, economic development and infrastructure, amongst others.

He has a background in Economics and Development Studies. Jack worked in the private sector for a number of years. He has served on various executive boards, including I & J.

Christopher Claassen is the founder and leader of the SNP. The party was registered in 2019 and launched in November 2020. Claassen said his 26 experience in running  security business has prepared him to take on the big political parties. He is the SNP’s mayoral candidate for the City of Cape Town Metropolitan Municipality. The SNP believes all races should have an equal amount of representation in government. They plan to create a co-operative farming city in the Western Cape with an independent bank.

It is interesting to see business people leave the freedom of the private sector for the public. It seems more ground-level work can be done on a municipal level. Let’s not forget President Cyril Ramaphosa was a businessman for several years before taking office.