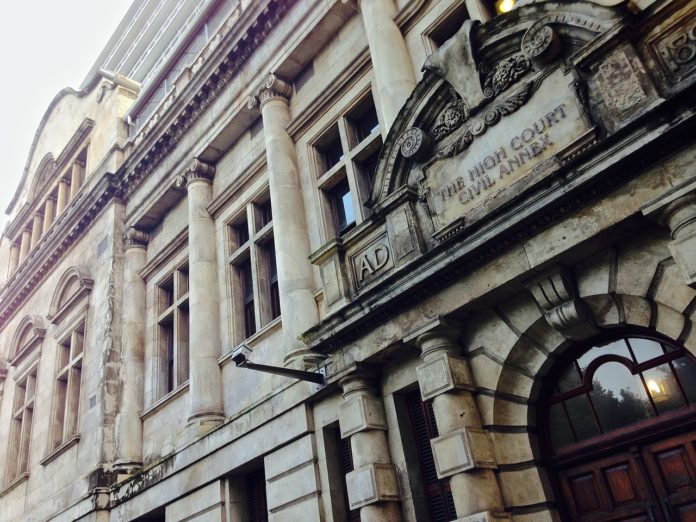 The Goringhaicona Khoi Khoi Indigenous Traditional Council (GKKITC) and the Observatory Civic Association (OCA) sought an interdict against the proposed Liesbeek development. This is what is currently happening with the case.

From January 19-21, the campaign’s interdict was heard in the Cape Town high court. The interdict seeks to stop the development of 150 000 square metres of concrete at the River Club site. The interdict is supported by the Liesbeek Action Campaign. They are a campaign fighting to preserve “this unique area of vital historic and environmental significance”.

Khoi activist: “Amazon is the 2021 version of the Dutch East India Company”

Leslie London from the campaign told The Daily Vox the case in the High Court is to review the decisions by the city of Cape Town and the Western Cape department of environmental affairs and development planning. The City and the department granted rezoning and an environmental authorisation, respectively, to the developers.

The developers are the Liesbeek Leisure Property (LLP) Trust who are developing the area where global corporation Amazon will house its Africa operations headquarters. The trust along with the city and the department are the respondents in the case.

London said because the “developers are ploughing ahead with construction, we have applied for an interdict so that the court can consider the merits of the decisions without the pressure of a fait accompli as the concrete pours”.

In a press statement, James Tannenberger, spokesperson for the trust, said: “It is unfortunate that a small group of individuals appear hellbent on blocking this world class
redevelopment when it is evident that there would be an enormous loss to the people of Cape Town should this project be stopped.” Tannenberger said the trust looks forward to putting its legal case before the court along with the city, the Western Cape government and the Western Cape First Nations Collective.

During the interdict’s hearing, the GKKITC and OCA argued that the decision to overrule Heritage Western Cape’s assessment was unlawful. They said the authorities failed to consider all relevant facts when granting approvals and rejecting appeals.

“Irrespective, we will continue to campaign and mobilise against the development,” said London.

South Africa’s Indigenous Khoisan communities have been protesting Amazon’s plan for awhile. London said: “This is a case of global importance.” There are many reasons including “the way the state treats indigenous rights – and we believe, it has treated the Khoi (who oppose the development) with disdain”. London said: “It shows how institutions of power have failed indigenous people.”

In 2021, Tauriq Jenkins of the GKKITC said: “This is the epicentre of Khoi wars of resistance against colonial conquest…” This is one of the main reasons why activists are fighting to stop the development.

“This is a recycling of early colonial entitlement finding its expression in modern South Africa but with the same consequences of dispossession – of Khoi intangible heritage,” said London.

Another reason is the environmental impact. Activists have said that the development is filling in a floodplain and burying a river. According to the trust, the River Club redevelopment will see the major restoration of the degraded natural resources.

The organisations’ lawyers said “What the applicants want is a statutory compliance process, they want it declared as a heritage site.[…]they want the entire area to be restored back to as close as possible, how it was before it was taken.”

Author’s note: this story will be updated once the court’s decision has been announced. The matter continues. This story has also been updated with comment from the Trust