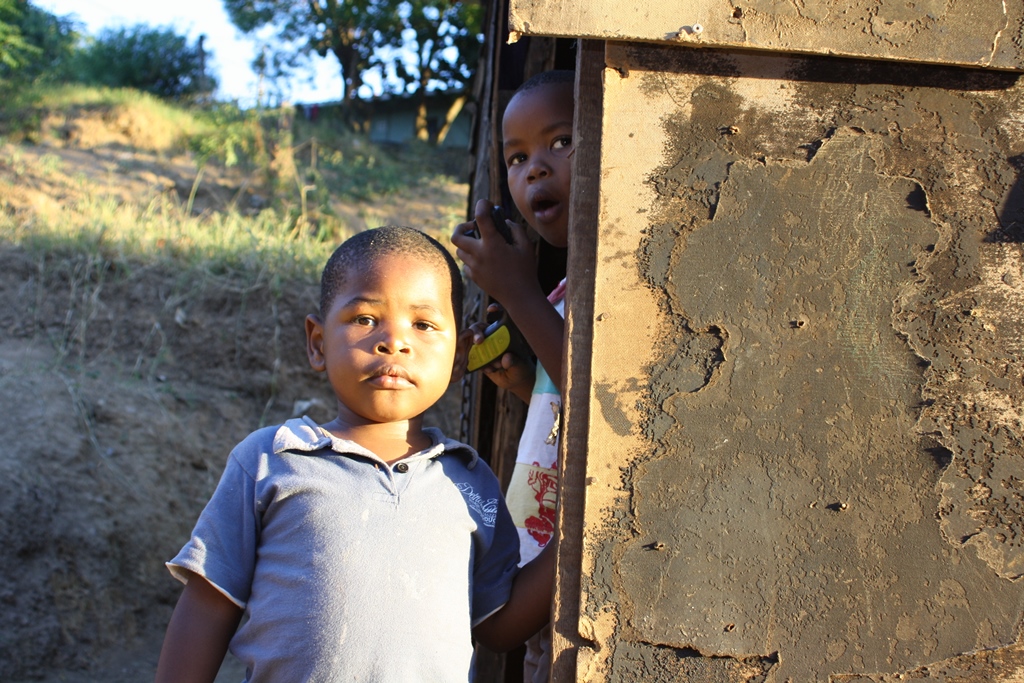 The eThekwini municipality says it is determined to continue demolishing what it terms â€œillegalâ€ settlements in and around Durban. But what about the people for whom these settlements are home? By Rumana Akoob for SOUTH AFRICA VOTES 2014. Sixty-three-year-old Trevor Momepele has been on the streets since 1994. He says he hasnâ€™t voted in his life and doesnâ€™t see the need to. â€œLife has just started going down prior 1994, then I found myself sleeping on benches. I honestly thought there would be hope when the ANC came into power but Iâ€™m here, 20 years on, and Iâ€™m still on the street,â€ Momepele says.

â€œHope eventually ran out and Iâ€™ve come to accept this. My only form of income is cardboard boxes because no one wants to employ an old man. I just hope I can live long enough to receive a pension.”

Momepele currently lives in a shack in the eNsimbini settlement in Chesterville, near Durban.

His shack was one of 28 shacks that were demolished in eNsimbini last Thursday by the municipalityâ€™s Land Invasion Unit.

Shack dwellersâ€™ movement Abahlali BaseMjondolo said their members were violently attacked by eThekwiniâ€™s Land Invasion Unit and had been injured in the clash. â€œTwo comrades, Baba Cele, 40, and Baba David Ngubande, 36, were shot and rushed to hospital,â€ Abahlali said in a statement.

They say an eviction operation was underway when a crowd of people gathered and then began verbally abusing and threatening the evictors with violence. â€œAs the situation had become violent, members fired shots with paintball gun markers. Three members of the community were hit by the markers but did not suffer any injuries,â€ a spokesperson from the eThekwini municipality, Thabo Mofokeng, said. Mrs Cele, the wife of one of the victims, insists that residents were not violent when they approached the unit.

â€œMy husband asked the security to show them the court order before destroying the houses and without warning the white man shot him with about ten of those (paintball) bullets. He fell and just lay there. When my neighbours tried to help him they were threatened by the security. The police then came and took my husband in the ambulance to King Edward hospital.

â€œI had to send my two daughters who are 13 and 14 years old to my fatherâ€™s farm. School is still continuing,â€ she said.

The shack dwellersâ€™ movement Abahlali BaseMjondoloâ€™s chairperson Sâ€™bu Zikode said they took the matter to the constitutional court on 12 February this year, and it is still pending.

â€œThursdayâ€™s evictions were illegal and this is what the municipality is not telling media about,â€ Zikode said.

The municipality, however, is determined to continue demolishing what it terms â€œillegalâ€ settlements in Durban.

â€œWe all know that the eThekwini Municipality are law unto themselves. They have no right to evict residents without an eviction order,â€ Zikode said.

Mofokeng blamed â€œelements with their own agendaâ€ for land occupation by the homeless.

â€œPeople are invading land continually and we will demolish those structures. This invasion slops development. People have places they come from and we urge them to stay there,â€ he said.

Another one of the 28 affected was the Sishi family.

â€œEarly that morning she said the baby was coming and we went by taxi to the King Edward Hospital. She is 1.5kgs but sheâ€™s healthy,â€ her husband Siyabonga said.

Siyabonga says the family were promised tents by the municipality but never received them. â€œWe slept outside till I rebuilt on Saturday. Iâ€™m on the waiting list for an RDP for five years now but nothing yet.â€

The Sishi family, who now number seven people, live in a two-room shack that has been built and rebuilt by Siyabonga. â€œI was at work when these people came and broke down our house and when I came back my wifeâ€™s nose was bleeding and she was under a lot of stress,â€ Siyabonga says.

His eldest daughter, Amanda, who is 14-years-old, came back from school to find her siblings and pregnant mother picking up the remains of their home.

â€œI was so scared, it was so bad. I just didnâ€™t know where to start. They donâ€™t try to help us, they just broke down houses and donâ€™t come back,â€ she says.

The family lives at the bottom of a hill next to a stream that widens when it rains, and Siyabonga says â€œthe house gets wet inside from the water coming down and the riverâ€.

He went on to say that living like this was dangerous but his family had no other option. â€œWe were renting in a house but the owner didnâ€™t want children and it was becoming too expensive,â€ the father of five says.

The Agency also reported that 75% of these shacks where built within the eThekwini municipality.

All over Durban there are ANC banners boasting about the three million RDP houses have been built by the government but around 2,3 million people are still waiting for these homes.

Many residents have long lost faith in the system.

â€œI havenâ€™t put my name on the list (for a house.) Even if I did now Iâ€™d be long gone before they built me one,â€ 63-year-old Momepele says.