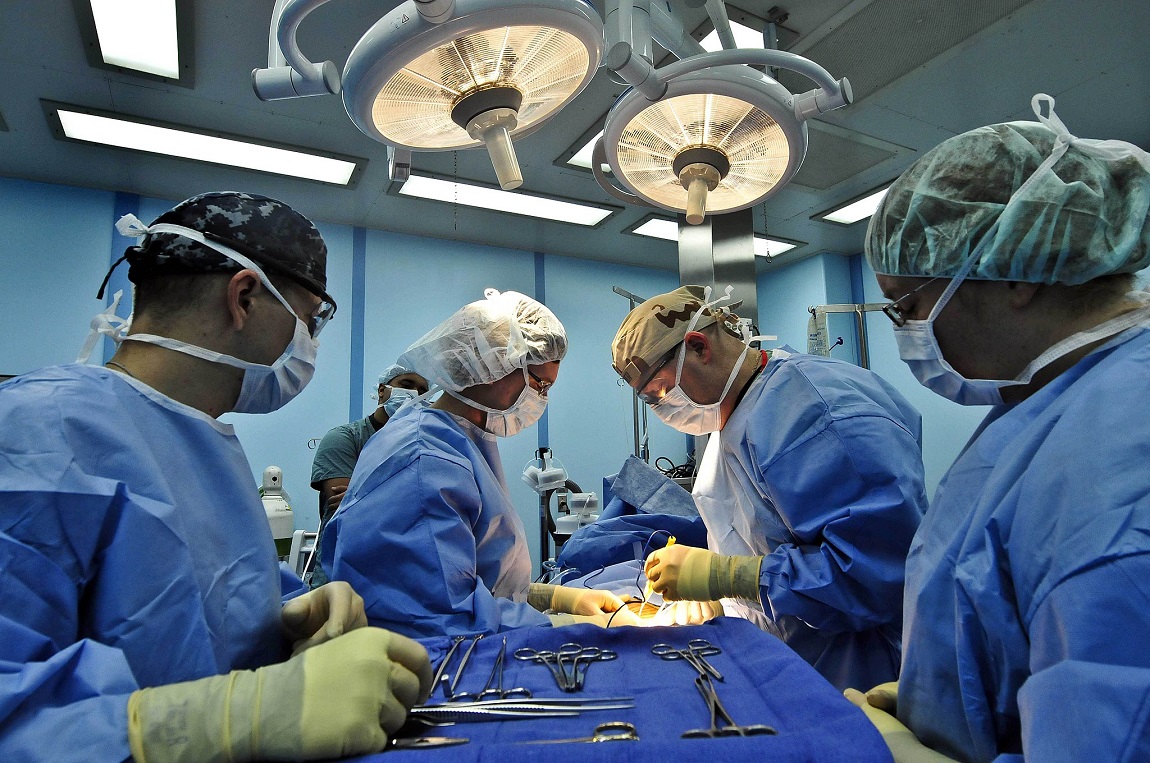 Cami Neelse suffers from the rare illness known as gigantomastia. This is a rare condition which is characterised by excessive breast growth. It may occur spontaneously, during puberty or pregnancy, or while taking certain medications. She was diagnosed with it two years but has not been able to get any help from doctors or the medical aid to help. Neelse spoke to The Daily Vox about her story.

I was diagnosed in 2016. The name is gigantomastia. It is like a form of elephantiasis in the breast. The breast keeps on getting bigger and bigger and never stops. With that it affects a lot of your body. Like for instance right now I’m sitting with sleep apnea, type two diabetes, and osteoarthritis. The list just goes and it is not lekker. It pinches your nerve to a point where I am unable to do anything for myself.

I was admitted to hospital with severe back pains. Then my specialist physician spoke to me and said with my arthritis, my breasts are too big and I need to go see a plastic surgeon. And he suspected that something wasn’t right because the breasts looked abnormally large. Then when I went to see the plastic surgeon he confirmed that I do have something that is not right. This disease is so extremely rare in South Africa that not even the medical aids are aware of it. You know how long I have been fighting? Most doctors, unless they are in the plastic surgery field, don’t know what the disease is.

Oh my word it changed it to a point where I got boarded at work. I am only married for four years now and it definitely affected my marriage. My nine-year-old son is special needs. He told me last year already that he knows Allah can take me because he knows the pain is killing me anyway, and on a daily basis he thinks that I am busy dying. My hair had to be cut off, because I am unable to maintain my own hair. My plastic surgeon is gatvol, he says he can’t believe that I am not being helped, because my breasts are so large and heavy now that it’s suffocating me.

I have been through both private and public healthcare and it is so difficult. I went to the public doctor at the hospital. The nurse there told me I am stupid and that that disease is only diagnosed in males. I spoke to my plastic surgeon and he said that nurse is an idiot because the male’s one is different. I can’t even pronounce the ones for the males but I definitely have gigantomastia, and private hospital acknowledged that I have it. It’s been a helluva bumpy ride in order for me to get help and I still don’t have help. It is very frustrating.

When I went to the public hospital, the nurse also told me that the doctor will take one look at me and won’t help me because I’m too fat. Whereas my private plastic surgeon clearly states that my BMI (body mass index) has nothing to do with the operation, and if you do research on the disease it also clearly states that it makes you gain weight because the connective tissue keeps on growing and growing. That’s what patients get at the public hospitals. It’s actually very sad being treated so badly.

I have to go for a breast reduction surgery. It is a whole tricky situation. They are coming with excuses. At first they did breast reduction on the medical aid option that I am on. Then after I applied for the operation it became an exclusion on the option and they stick with their story that it’s an exclusion on the option and that’s why they refuse to assist me. But I have all the paperwork that shows that I applied before time, before we even got notified that it would be an exclusion.

I want to create awareness because you see so many people walking around, not just one woman but many with the same symptoms that I have. I’ve spoke to several women and they just are like I don’t what’s wrong but that is what is happening. I will tell them my story and they will sit with open mouths and they won’t believe me until I show them my plastic surgeon’s report. From my side going through it and knowing I have been diagnosed it is not easy. It affects your life to a point where I am 99% bedridden. I refuse to take the wheelchair because if I take the wheelchair I know my life will be over.

I joined the Rare Disease Group where it is mostly about fibromyalgia. But because I also have a rare disease, I joined and we have a talk, and so far I’m the first one with gigantomastia on the group. Everyone is still learning about it. It helps being in the space especially when you find out that some doctors just don’t believe that you have pain.

I tell them to never give up and to speak up because your story can help someone else. And if you speak, you never know who is out there and is able to assist you.