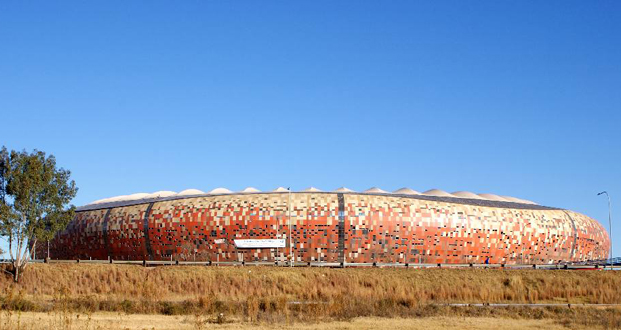 This season both Kaizer Chiefs and Orlando Pirates will be headed by local coaches â€“ Steve Komphela and Eric Tinkler.Â It seemsÂ encouragingÂ that top Premier Soccer League (PSL) clubs are opting for homegrown coaching talent â€“ and means Chiefs chairman Kaizer Mataung has had to change his tune after previously saying most South African coaches werenâ€™t good enough to take charge of his club. However, soccer fans have had mixed reactions. MICHAELSON GUMEDE finds out their views on putting homeboys in charge of the Soweto giants. Lesego Nchabeleng, 36, Orlando Pirates fan
If you remember, not so long ago local Pitso Mosimane took the league with Sundowns. South African coaches are more powerful than international coaches. The international coaches are only here to take the money and just ruin our football. In 2010, we had Carlos Alberto Parreira as Bafana Bafana coach, but he let us down. Now we have Shakes Mashaba â€“ he took us to the Afcon last year without being beaten by any team. This shows that local-born coaches are very powerful. I am very happy to see Eric Tinkler and Steve Komphela coaching Chiefs and Pirates. Clement Motlot, 21, Orlando Pirates fan
I feel like the international coaches are way better than our local coaches. If you look at Steve Komphela and Eric Tinkler, you can see that Komphela has been coaching for many years, but has not won any silverware. Tinkler lacks experience â€“ he is not good enough to coach a team like Pirates. He should consider going down to the lower teams in the league to get experience before he can coach Pirates â€“ Orlando Pirates is bigger than him. Â We still need international coaches to help develop our football and help our players to be strong enough to compete at an international level. Maybe they will do well, but honestly, I donâ€™t see any local coach staying long at Chiefs or Pirates. Mohale Mokoena, 26, Kaizer Chiefs fan
Seeing big teams giving our homeboys a chance is a step in the right direction. It motivates other young, upcoming coaches that they can also coach Kaizer Chiefs and Orlando Pirates. These guys know our football, they know our culture, theyâ€™ve been around for a long time, and they know what our fans need because they used to be soccer players. I believe that now we will see our boys playing at their best and no longer have to adapt to the European style of football. Our boys will play with more freedom â€“ I remember when Mushin Ertugral was coaching Chiefs, he used to get upset and kick the chairs when Scara Ngobese was dribbling. International coaches like those are to blame for destroying our style. We are going back to our roots â€“ back to the days of Doctor Khumalo. Tiiso Tladi, 32, Kaizer Chiefs fan
This shows we are able to produce world-class coaches. I say world class, because the Soweto Derby is among the games in the world. I am happy for the two coaches, although it took us by surprise. To be honest I did not expect something like this to happen; it was very sudden. The good thing is that Komphela is a former Chiefs and Bafana Bafana player. He knows the tradition of the club and country, so there is no way he will use international philosophies and try to apply them here â€“ he knows it will not work. I believe that Komphela and Tinkler will restore the beauty of South African soccer. We will see good derbies: we are tired of the nil-nil, one-ones games, because international coaches are making our boys play in a style that is not natural to them. Machawe Mabunda, 25, Amazulu fan
The idea of having local coaches at Chiefs and Pirates is not necessary. Â The English Premier League, for example, has never had a local-born coach winning the league, and that is one of the best leagues in the world. The biggest leagues in the world welcome foreign coaches, the PSL should do likewise to maintain the international standard, which in the end will help Bafana Bafana. Realistically, the only teams that can afford to have international coaches are Chiefs, Pirates and Sundowns. But all those teams have local coaches. I think they are letting the country down because you canâ€™t expect an Amazulu or Polokwane City to have an international coach because of funds. Irvin Khoza and Kaizer Motaung should rethink this and welcome foreign coaches to develop our football. Look at what Stuart Baxter did with Chiefs and what Ruud Krol did with Pirates. We need the foreign coaches in the PSL. Nhleza Motsepe, 22, Sundowns fan
Football is not about whom the coach is, whether international or local â€“ it is all about the players. Kaizer Chiefs and Pirates have been winning trophies not because of their coaches, but because of the quality of their players. I donâ€™t see the importance of having Komphela and Tinkler at the helm of the Soweto giants. You can have Jose Mourinho coaching Amazulu with the current crop of players, but he wouldnâ€™t be able to prevent them from being relegated. Coaches have influence, but quality players play a bigger role in a clubâ€™s success. Komphela and Tinkler are fairly good coaches, but they donâ€™t have the necessary experience. To throw them in the deep end like this is somewhat an insult to the fans. Chiefs, Pirates and Sundowns need world-renowned coaches, not coaches that still have to hand in a CV for a job. With these guys at the helm, the Soweto Derby will continue to result in boring, goalless draws.